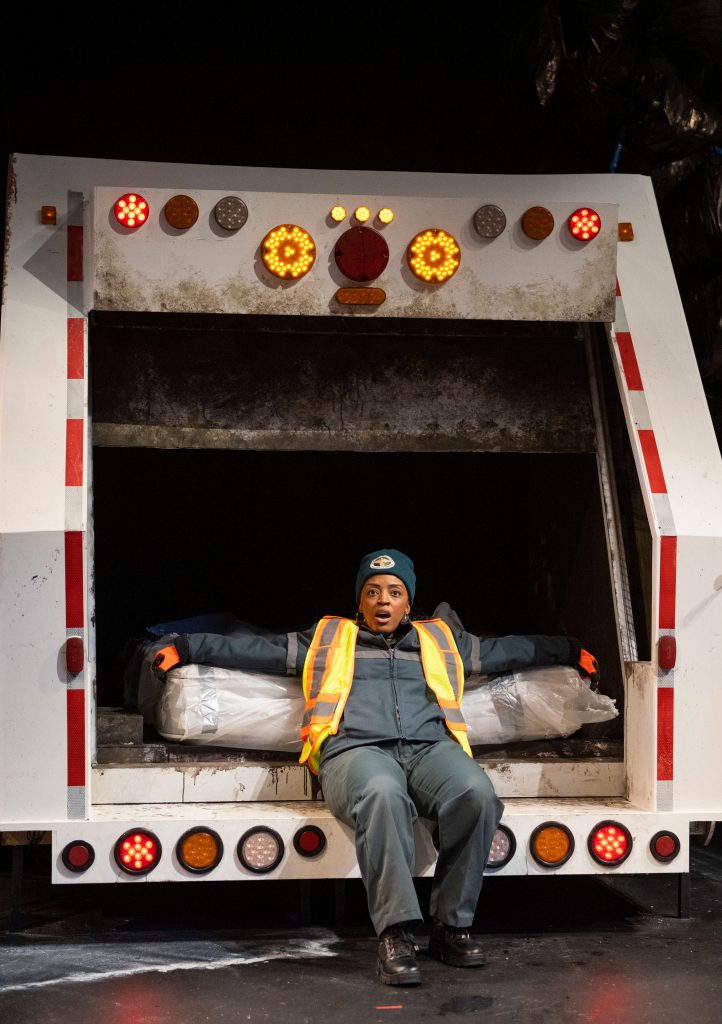 Northlight Theatre opens their 2022-23 season with a well-crafted and perfectly executed two-handed comedy that is not afraid to dive deep into the delicate art of sanitation management. A buddy comedy at heart, “The Garbologists,” written by Lindsay Joelle, features the most unlikely of pairings forced to work together in order to literally clean up New York City. The veteran of the two, Danny (Luigi Sottile), is a hot-headed, obnoxious and possibly dangerous divorced white middle-ager who mansplains with the best of them. Working opposite him is Marlowe (Tiffany Renee Johnson), a younger, Ivy-educated African American woman with a tragic past. Together they navigate the tricky world of house rules, indecent garbage, gift-giving etiquette and personal boundaries at work. 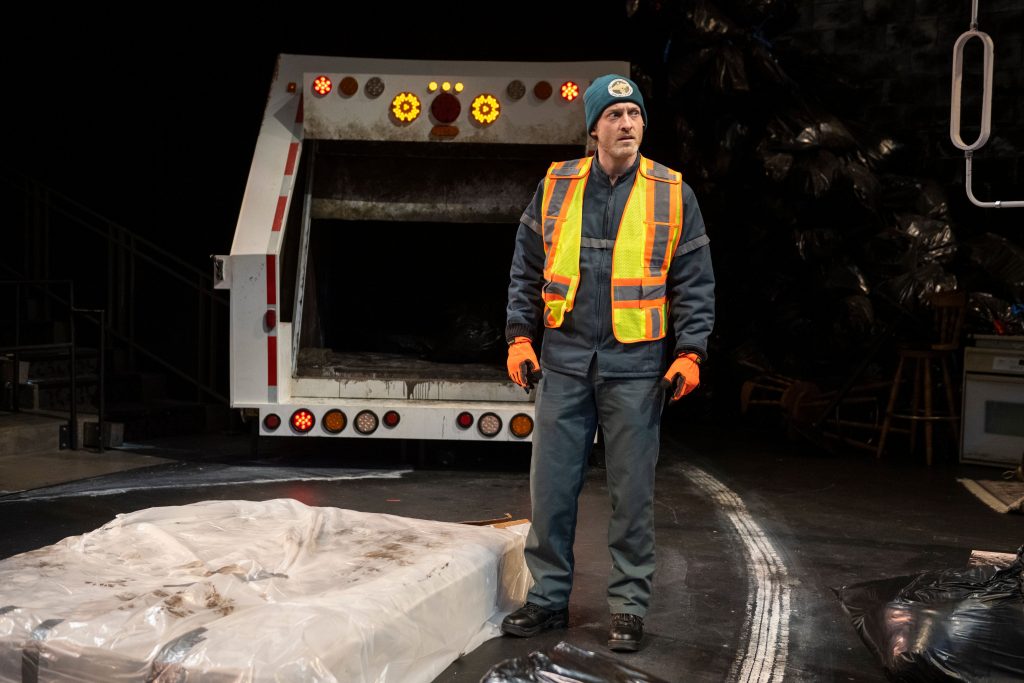 Luigi Sottile in “The Garbologists” at Northlight Theatre/Photo: Michael Brosilow

However good the source material may be, its execution is even better, with Tiffany Renee Johnson and Luigi Sottile ideally cast in the lead roles. Onstage, they work well off one another with the very emotive Sottile a solid foil to the slow-simmering Johnson. Director Cody Estle paces the action well and makes good use of Collette Pollard’s minimalistic but compelling set and projection design which features a deconstructed garbage truck and the backdrop of a shadowy New York City. “The Garbologists” is definitely a dumpster-dive worth taking.