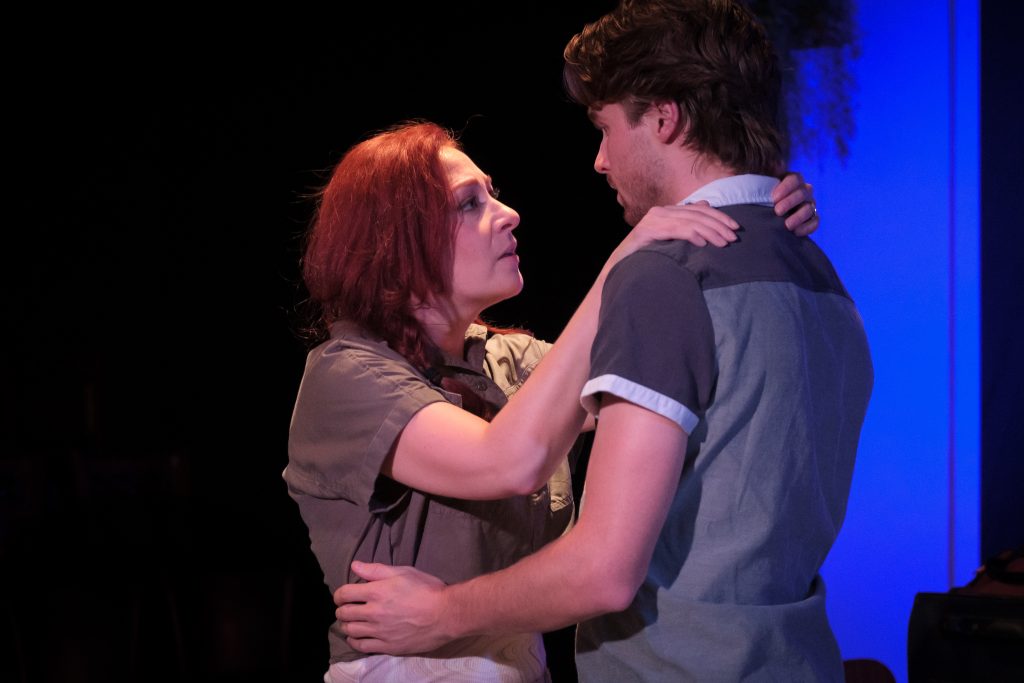 Feminism sure has taken a beating since “The Stepford Wives” was released back 1972. Yes, we have a female vice-president. But this only came about after an obvious narcissistic dimwit beat out Hillary Clinton in the Electoral College. And do not get me started on the Supreme Court with their “Handmaid’s Tale” sense of justice. I guess things could be worse for women but they should also be a heck of a lot better.

Against this backdrop, The Factory Theater presents “The HOA,” the plot points of which loosely follow those of the novel and its 1975 film adaptation (enough so that a key character frequently references her “Stepford Wives paranoia” acting up). Written by Angelina Martinez, “The HOA” begins with a young couple (Jennifer Betancourt and Andrew Cawley) moving into an insular, cult-like suburban community where the wives are as submissive as they are stilted in conversations. The couple drifts apart with the husband losing himself to an ecstasy of poker nights and outdoor football television viewing. His wife bonds with two other, normal-seeming wives. Together they attempt to find out what is happening. That is, until they themselves begin to turn. 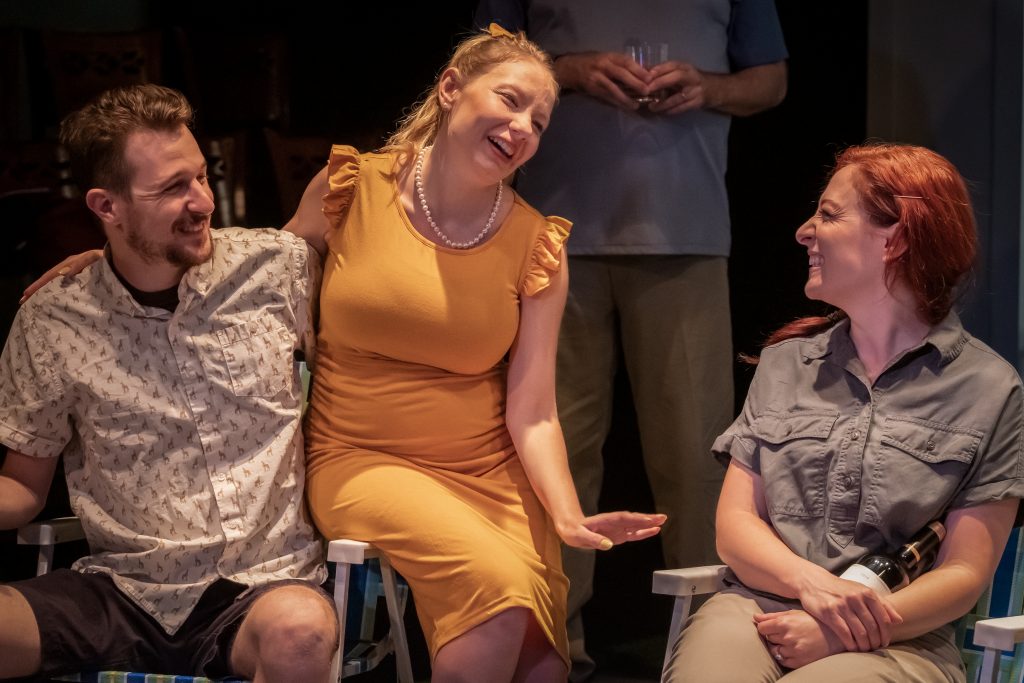 There are several witty moments within this play that elevate it beyond of simple satire. One such moment involves the loving wives engaged in a well-choreographed, ballet-like feeding of their oblivious husbands. Other scenes are more forced, or even abrasive. Within that same scene, the husbands spend a lot of time cheering on the team by yelling directly at the audience (who sit just a few feet away). Director Christy Arington also leans on the strobe lights to the point where I had to look away. This would be all much more excusable if the script settled more firmly as either a farcical over-the-top comedy or a slightly serious drama. Instead, the plot exists in that awkward in-between point. The final scene also appears unrelated to the play, an ending too contrived to be shocking. As much as I wanted to like “The HOA,” it left me wanting more.