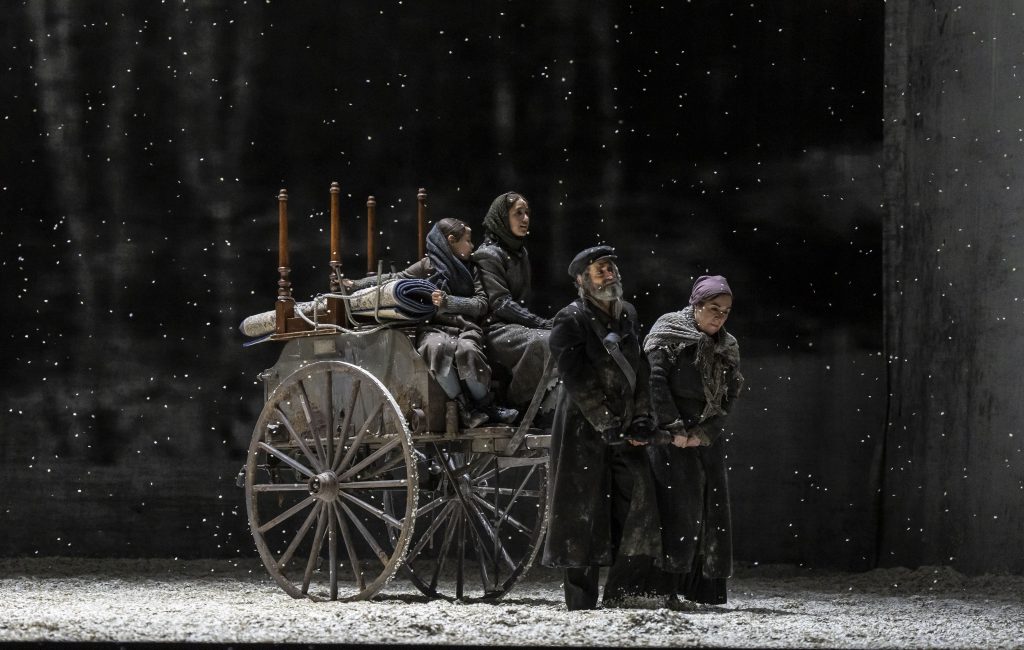 The Lyric Opera’s production of “Fiddler on the Roof ” is a big, poignant, superb production. For many viewers, like me, the show may also be a time machine that we keep crawling in and out of. I’ve seen “Fiddler” many times, including three times with family members in the cast.

The most unusual—very unauthorized—production I’ve seen, however, was put on by English literature students at a university in the early 1980s in Yogyakarta, Indonesia. The students moved the action to a rural village in Java, changed the Tsarist goons to Dutch colonial goons and the religion of the protagonists from Judaism to Islam. In Mary Wisniewski’s recent feature on this North American debut, I read that director Barrie Kosky, who originated the present production at the Komische Oper Berlin in 2017, saw a musical that “could be a Christian family or a Muslim family or a Hindu family and have exactly the same struggle with tradition.” That made me think back to the Indonesian students’ version. The cast’s dialogue and diction were bizarre, but the singing and Javanese dancing were good. Amazingly, most of the audience thought the show was originally about Muslims in Java. “Fiddler,” with its strong and complex book, and with six of eleven songs in minor keys, worked for an audience about as distant from its original setting and American Jewish creators as one might imagine. I cannot say I liked the beyond-amateurish production in any typical way, but I choked up at all the usual places nonetheless. Perhaps because I was far from home, my last cry at a late turn in the plot between father and daughter, the waterworks flowed like water down a rice terrace. I have Indonesian friends in Chicago. What’s more, the fellow who directed the show in Java lives in Chicago. It’s Jeffrey Winters, a celebrated Northwestern professor of political science. I asked the Lyric whether I could invite Jeffrey and two others to the show as part of my review effort. The company kindly obliged. 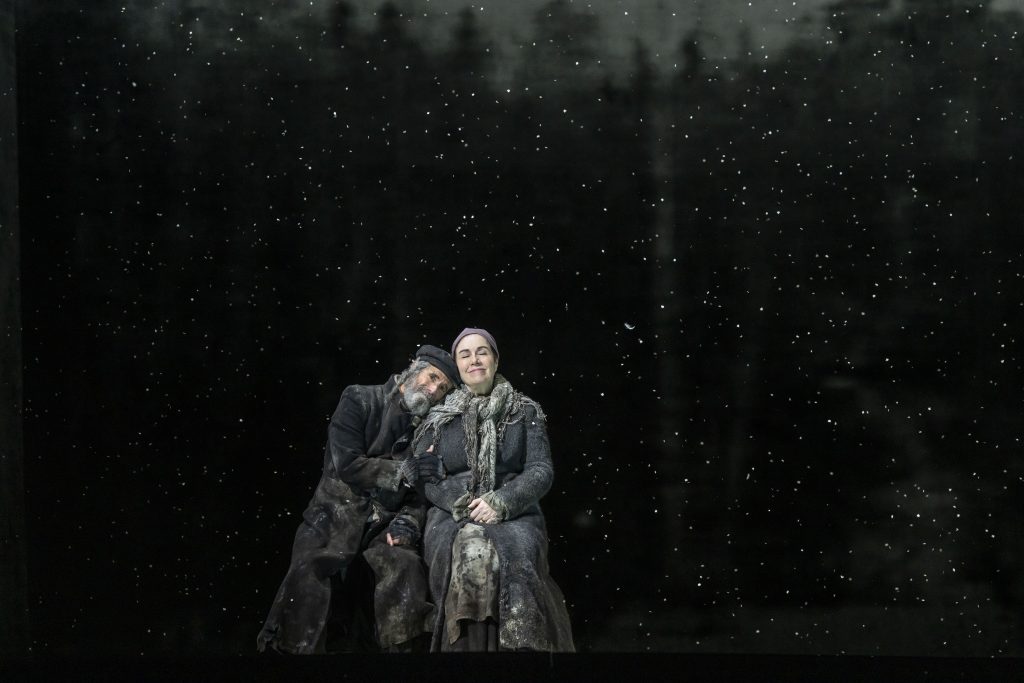 Another observation Kosky offers about “Fiddler” is that its universal power emerges from how the show portrays the details that are particular to the lives of the characters. Among those are their religious devotions, their toil, the low-scale but constant nagging negotiation between husband and wife, the love of parents for their children and endless balancing between the characters’ own hopes against harsh collective judgment of their village.

Kosky’s production veers from others in playing down—not eliminating—the comic, schtick-y temptations of the script. His aim is to highlight the cruel drudgery of the Jewish villagers. Not just their poverty and the tensions internal to their small community, but also the toxicity of the hate against them among the Tsar’s gentile subjects. (Sholem Aleichem’s stories exist because of the Russian-led pogroms which terrorized Jews in the 1880s. Aleichem published them in Yiddish as a stand against the ban on Jewish writers in the Russian press.) One such menacing scene comes when the Jews are forced to abandon their homes and property and their gentile tormentors swarm in to loot all the property that the Jews are compelled to abandon. For all their specificity, such turns in the story are ones that any group whose troubled shift into modernity intertwined the necessity of abandoning home and the withering of traditional practice. My Indonesian friends at the show believed the tale could have been about their grandparents, parents and some of their friends. May the Lord keep you, Reb Kosky.

There’s so much else that makes this production work in ways other “Fiddlers” have not. And cannot. One is the sheer and grand beauty of the music. It’s delivered by the Lyric Opera’s superb orchestra, which is, of course, well-practiced at matching instrumentation to character and plot. The bassoons, clarinets and brass are so communicative that their sections deserved their own curtain calls on stage. Then there’s the ensemble singing, pulled off by a huge contingent of Lyric choristers and supplements that is many times bigger and more vocally powerful than the ensemble of any musical I have ever seen. Despite the size of the group, the lyrics are articulated with exceptional precision.

The dancing in the show is mixed. The singers are required to dance. They don’t always move with precision or all that nimbly, but their ample, avid shimmying is fun to watch. In that way they are probably like real shtetl villagers. The dancers, in contrast, are thrillingly acrobatic. Jerome Robbins’ original choreography still inspires much of the dance, but most is new. Fans of the Bottle Dance and the Russian dancers of yore won’t be disappointed and may even have their benchmarks upgraded.

There’s also power in the small. The show is justly famous for its quieter moments. Steven Skybell as Tevye reprises a role he played in Yiddish in an acclaimed production directed by Joel Grey. Perhaps that experience convinced Skybell that Tevye does not need to have an overabundance of stagy and cartoonish Jewishness in order to center the show. Skybell’s monologues, in which he has man-to-God talks, have a meditative tone. “Do You Love Me,” the duet between Tevye and his wife Golde, played by Debbie Gravitte, is also unexpectedly subtle. The tone puts the marriage in the context of village life. The older couple makes virtue of the necessity of the marriage when Tevye and Golde say—less convincingly here than in other versions of the show—that they do, in fact, love each other. In this production it is hard to believe that Golde, who provides her husband with no emotional support, thinks of him as much more than a reluctant provider. Hadn’t Tevye badgered Golde into saying she loved him, she may never have given it a thought. 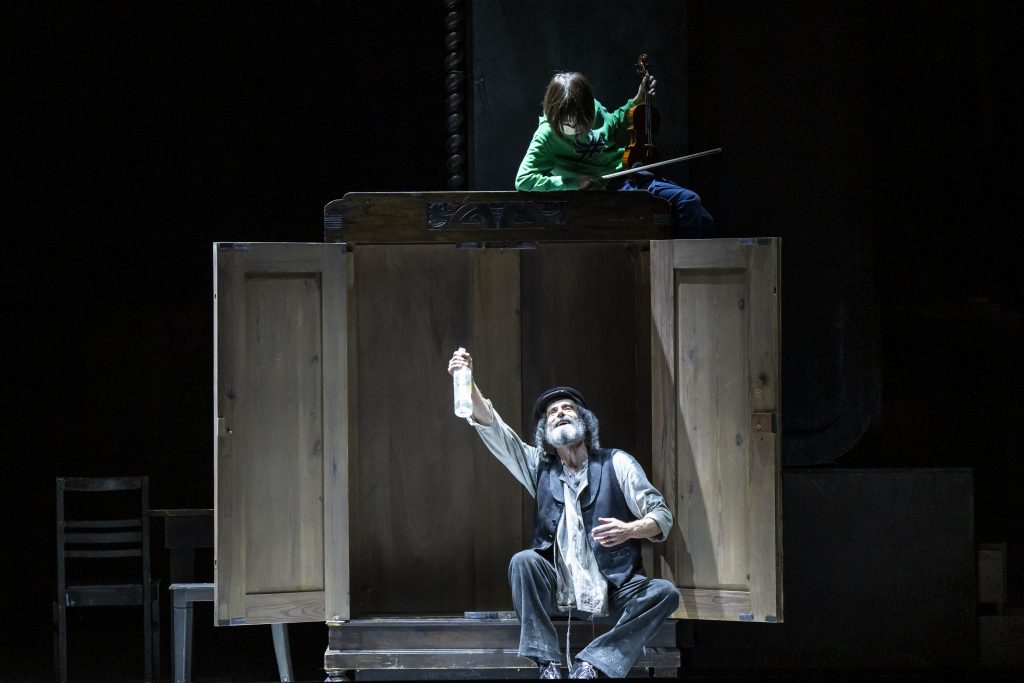 And then there’s the fiddler himself. In this production, he shows up as a ten-year-old-boy. It’s performed by a real ten-year-old virtuoso violinist, the aptly-named Drake Wunderlich. Wunderlich opens the show on a skateboard, wearing headphones and carrying his fiddle. He kicks off the action in a way I won’t spoil. Wunderlich also wraps the show, if “wrap” is the right word. The final bars are soloed by Wunderlich in a way that is also transporting. To learn what that is, see the show. It may never be done better and this is a very, very, very short run. Why haven’t you ordered tickets already?

“Fiddler on the Roof” at Lyric Opera of Chicago, 20 North Wacker, lyricopera.org. Through October 7, 2022.