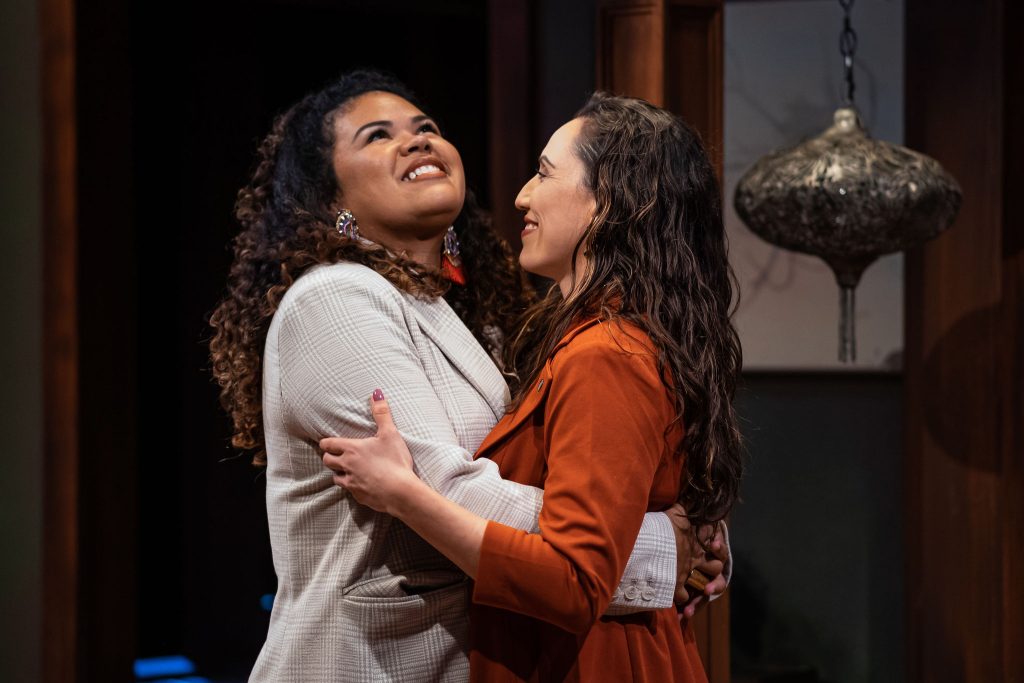 Teatro Vista’s “Enough to Let the Light In” with Melissa DuPrey and Lisandra Tena/Photo: Joel Maisonet

When we’re in a relationship, romantic or otherwise, it can take a while to open up to reveal our truest selves. Even when we are completely honest with closet skeletons fully exposed, there is always something lurking in the distance. Or that’s how it goes with Paloma Nozicka’s riveting “Enough to Let the Light In.” Directed by Georgette Verdin, this psychological thriller lends itself wholeheartedly to the macabre.

Marc (Melissa DuPrey) and Cynthia (Lisandra Tena) have returned from a romantic, if chaotic, dinner date when Cynthia finally lets Marc over the threshold of her house. The two have been dating for just shy of a year so there is still plenty for them to reveal to one another, though the extent of that is not clear to the duo at first.

DuPrey’s deft portrayal of therapist Marc reminded me so much of my own therapist who would agree with her on therapy. Therapists have therapists—the good ones, anyway. While Tena’s Cynthia gives us artsy Ms. Frizzle from “The Magic School Bus” vibes in the very best way. These two certainly demonstrate the notion that opposites attract. Observing the two of them navigating the same creepy circumstances is a lesson in how creative and analytical people can approach adversity so differently.

Having seen several of Verdin’s shows, her sitting room directorial style usually works well. But it feels stilted in this setting. It’s a challenge to make stage blocking interesting between two people who stay on stage for nearly the entire show. Verdin’s direction, in this case, is not bad, but the movement on stage could have been stronger. Moments lose their momentum in the stillness. 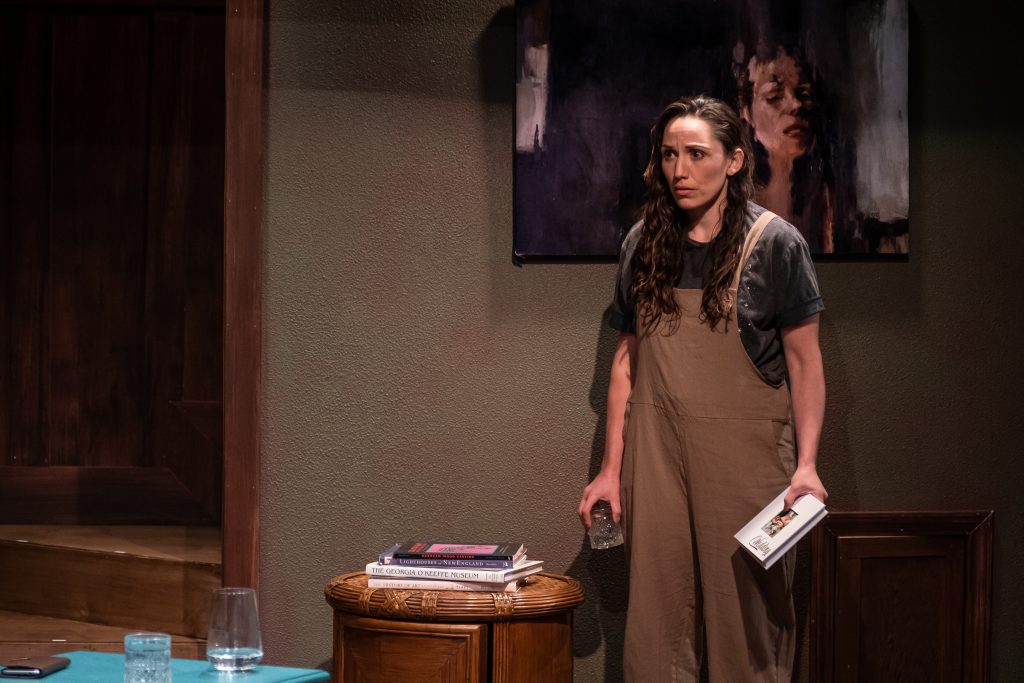 Teatro Vista’s “Enough to Let the Light In” with Lisandra Tena/Photo: Joel Maisonet

The greatest stars of this show are the designers. From Sotirios Livaditis’ on-point Chicago home design, Emma Deane’s thrilling lighting design, and each element necessary to set the numerous jump scares, “Enough to Let the Light In” is an unexpected thrill. The evil eye pillow on the couch to protect the home from bad spirits that no one ever mentions but is touched throughout the play? A perfect touch.

You’ve heard of a rom-com but have you heard of a rom-thrill? Thromantic? Whatever we want to name the new genre, “Enough to Let the Light In” can set the precedent.