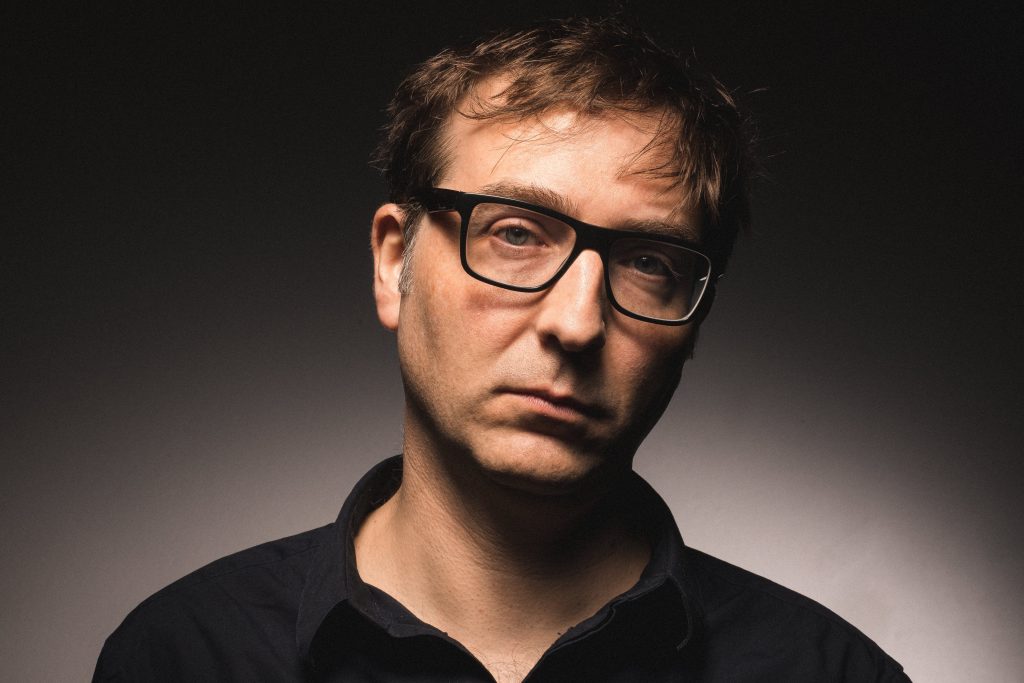 One of the saddest stories in the history of cinema is that of Orson Welles and his follow-up film after “Citizen Kane” had established him as the wunderkind of the art form. He chose to adapt the 1918 Booth Tarkington novel about a mighty Indianapolis family and the squandering of wealth between generations, “The Magnificent Ambersons,” but when America entered World War II while the film was still unfinished, he was asked by the government to go to Brazil and make a propaganda movie that would help keep South America out of the arms of Hitler and the Axis powers. While Welles was gone, his studio, RKO, took control of “Ambersons” and butchered the film, cutting forty minutes of footage and reworked the ending. The sheared footage was dumped in the ocean, meaning there could never be a director’s edit, and Welles’ career never recovered. Nevertheless, even the compromised version of “Ambersons” is today considered a masterpiece.

When I heard that playwright Brett Neveu had been ill with COVID just as his “unofficial sequel” to the Welles film, “The Malignant Ampersands,” was going into rehearsals at A Red Orchid Theatre, I jokingly wondered if he would face a similar fate, as his yet-unproduced work would be out of his hands and in those of the director, Dado, and the cast. Rehearsals are, for a world premiere in the theater, analogous for a playwright to post-production for a film director—it’s when the work takes its final shape. Not to worry, though, as Neveu and Dado have a long history together. “Because of my own illness, ironically my own illness,” Neveu said earlier in September, “I haven’t been able to be at rehearsal at all yet. And which is fine because… I really love to allow Dado to just have free reign over the images and ideas and the concepts in my work.”

Neveu is right to trust his ensemble, since he’s been a member since just after the turn of the century and has done more than ten plays with this tight-knit group. Right before he got the virus, he’d been in North Carolina with fellow ensemble member and two-time Oscar nominee Michael Shannon. Shannon was directing his first film—an adaptation of Neveu’s play “Eric LaRue,” with a screenplay by the playwright.

Ironically, Neveu’s “Ampersands” sprang from Neveu’s desire to write about illness, about cancer specifically, and though it might be seen as a response to the pandemic, he wrote the play before the onset of COVID, starting work on it more than three years ago. “As we get older, the more specifically cancer starts to sort of surround our lives,” he says, explaining his interest at the outset. Cancer, and how its treatment “can affect those who have and who have not” is the issue that pervades “The Malignant Ampersands.”

That said, anyone going to the theater expecting a play that draws heavily on Welles’ film in terms of narrative or style will be in for a big surprise. Realism this is not. Instead, it’s a fairly abstract story of six relatives, ranging in age from fifteen to sixty, all consumed in various ways by cancer. Most of the plot, as it were, involves getting folks to and from doctor visits, discussing medicines and navigating a very insular family dynamic. While taken to an extreme here, anyone who’s helped a close relative go through their cancer journey can attest to the all-consuming nature that seemingly mundane activities like sitting in hospital waiting rooms can be.

There’s just one non-Ampersand family member in the play, Bobbie Morgan, a Starbucks barista who invites the main character Gabe to a party, hinting at the possibility of a romance and creating tension with his caretaker responsibilities. And there’s a supernatural element as well.

Oh, and the play is written entirely in verse, a decision that seems to reflect Neveu’s desire to find new challenges in his work, and, also, “maybe it’s from spending a lot of the COVID times writing songs with my songwriting partner.” Another element that will be interesting to see unfold onstage is his decision to free all the roles of any specificity regarding gender or race, something driven by his desire to have it “feel like people who have gathered more like a tribe than they have like a traditional family.”

In the Welles film, the Ambersons go from being the richest family in town to one left behind by the changing times, losing both their wealth and bearings along the way. It’s not inconceivable to imagine them arriving at the point of almost complete dissolution of the family in Neveu’s play. You might read it as a broad critique of late capitalism with cancer as a metaphor, but Neveu is focused much more specifically on American healthcare and “an American viewpoint… that if I can get this medicine, then I will then be able to go back to the way I was, that I can feel healthy all over again and get my life back.”

Circling back to his source inspiration, he notes that “the Welles ending was changed by the studio as they wanted a more happy ending. What does that mean for the ideas within the story? What does a happy ending mean when it comes to our own healthcare?”