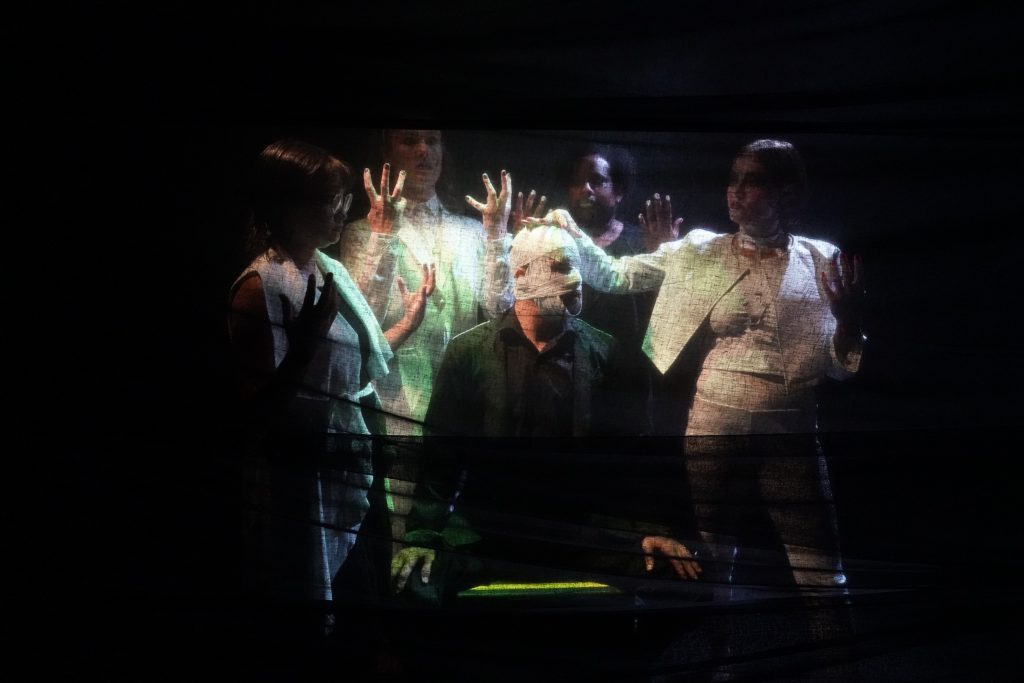 “The Ugly One” at Trap Door Theatre/Photo: J. Michael Griggs

Entering Trap Door’s small space to see “The Ugly One” feels like a trap door illusion. You sense you’re entering the realm of an earnest, boot-strapped, barren black box theater, the kind that dishes out arcane, plodding absurdist shows. There’s a simple black platform stage, no furniture. Two barefoot actors stare blankly onstage as the audience fills the theater’s two rows of seats. You’d better strap in, however. This low-budget production of “The Ugly One”—there isn’t a single prop—is absurdist, but it is also a treasure of talent, energy and comic horror. It’s dished fast and furiously, a pure testament to the magic that strong, furiously committed, daring actors can work with little more than a whip-smart script and clever direction. Last year’s “The Luckiest” at Raven proved as much in a more conventional way. This year the proof comes in a show that’s wild and strange. Bare-bones shows repeatedly prove the strength and depth of Chicago theater and its actors.

German playwright Marius von Mayenburg penned “The Ugly One” in 2007. The English version has been translated with verve by Maja Zade, a seasoned adaptor of Europe’s most acclaimed and barbed dramatists. Trap Door ensemble member Michael Mejia directs. The work of von Mayenburg, Germany’s most-widely produced and translated contemporary playwright, is a rarity here and Trap Door deserves credit for braving and conquering “The Ugly One.”

The action revolves around the fortunes of a corporate inventor named Lette (played sympathetically by Dennis Bisto), whose patented gizmo is the golden egg of the unscrupulous, profit-mad company he works for. It calls to mind the company in Chaplin’s “Modern Times.” We never learn just what the gizmo does. One stroke of genius in the script and its translation is the description of the invention built out of technical gobbledegook that seems lifted randomly from manuals. 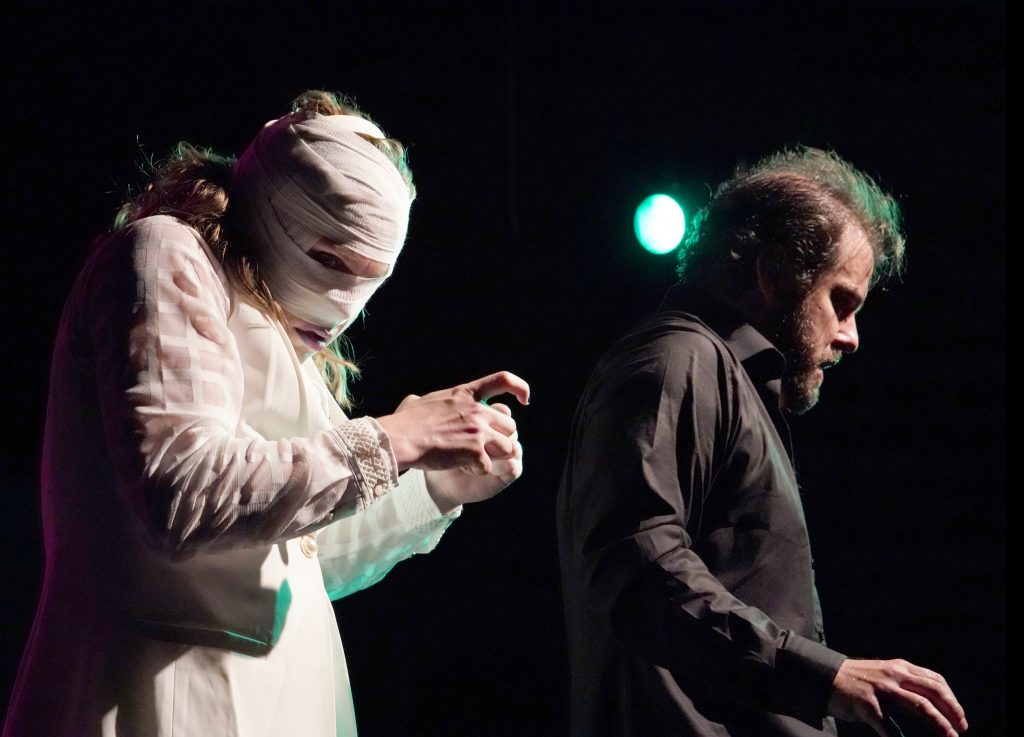 David Lovejoy and Dennis Bisto in “The Ugly One” at Trap Door/Photo: J. Michael Griggs

The greedy company plans to promote the device at a big convention full of potential customers. Lette learns that his dim-witted subordinate—played with clownish gusto by Matty Robinson—is chosen to make the important presentation. Lette vehemently objects. The gizmo is his baby, after all. He knows more about it than anyone and believes he can give one hell of a presentation. His boss, played with sociopathic aplomb by a freakishly menacing David Lovejoy, tells Lette that he is simply too monstrously ugly to be the face of the company. Lette is unaware of his monstrousness, although everyone in his circle, including his wife, acknowledges that fact when he asks. Indeed, his wife can only look at his left eye. Lette is shocked into taking action. He submits to a plastic surgeon who is willing to try an experimental, improvisational surgery that could perhaps replace Lette’s entire face. Alexis DawTyne plays the role of demonic surgeon, Scheffler, who cannot guarantee a good result. DawTyne plays Scheffler as a kind of Weimar-era mad decadent in “Cabaret”-style KitKat-girl hair, aggressive make-up and body-forward garb. But, as with all the cast, it’s DawTyne’s vocal and physical intensity that make her so compelling. Though she only plays one, albeit central, role, nearly everyone else in the cast doubles and must switch characters in a trice. It’s all part of the play on identity von Mayenburg is up to.

The action and plot twists cascade as the play barrels forward. It’s funny, too. Yet at its heart is the playwright’s critique of the power physical beauty has to wring out the goods Capitalism has to offer, and the power of Capitalism to drive its participants to obsess about appearances. Von Mayenburg shows, too, how the obsession can be self-defeating. The more we strive to meet the market’s demand for beauty with products and surgeries that promise to conform us to the market’s ideal, the more we blend together and depreciate in value. The play, for one, does not conform, and among all the offerings of the young season, this small show stands out in a big way.