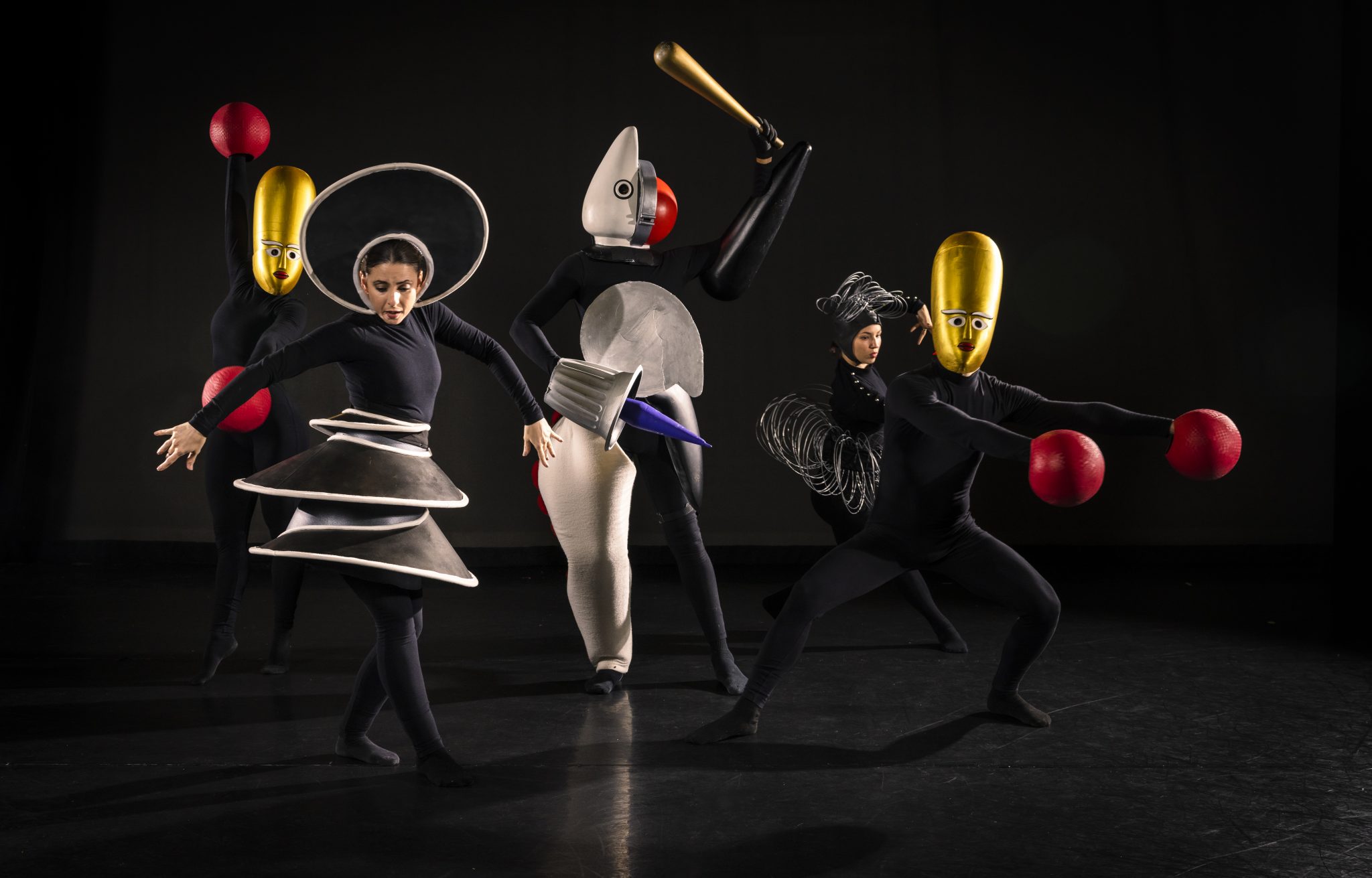 “Elevate Chicago Dance” has never been the same festival twice. The first iteration was in 2017, an expansive series of events across eleven venues over four days, highlighting dozens of local artists. The Chicago Dancemakers Forum, a small nonprofit that awards no-strings grants to choreographers, worked with the New England Foundation for the Arts to sponsor the fest with a mission of bringing national attention to Chicago’s rich, diverse and bizarrely overlooked (at least on a national level) trove of dance talent. In 2018, “Elevate” returned, smaller in footprint but not size; forty-five artists condensed into the Chicago Cultural Center, filling every corner of the building in a single day of free performances before more than 2,500 attendees. The festival was planned again for 2020, then shelved along with the rest of live indoor performance in the United States.

“Elevate Chicago Dance” reboots October 13-16, spreading again across the city, with work by thirty artists presented in six venues. Planning for the massive series aligned with the exact moment CDF was going through a change in leadership. Joanna Furnans was settling in as executive director of the three-person organization in an unprecedented time for the field. Two years of shuttered theaters and studios cut off traditional creative platforms and income streams; an explosion of virtual collaboration and presentation created new ones. Candid conversations about racial inequity prompted companies to shift their focus, reallocate their resources, or step back to reflect. The 2022 fall arts season finds performers and presenters questioning how to physically, emotionally and spiritually return to the stage. It’s also the Department of Cultural Affairs and Special Events’ Year of Chicago Dance, with city resources flooding into a field in flux. “Elevate” would happen again, but what the third iteration would look like was anything but certain.

Furnans was up for the challenge. “For some of us, it’s always the Year of Chicago Dance,” she says. “With everything that’s happened—with the pandemic, with further and more robust racial reckonings across the country and in Chicago—it brings up additional questions of what do we need? And we don’t all have the same needs across the various communities of dance in Chicago. We have questions as an organization. Who even has work to show? We were kicked out of the situation of being able to be in studios together, some people had to get other full-time work. Who’s left? What do we need to gather again in performance? How has work changed? How has the dynamics between hierarchical presenter eyes versus audience eyes versus community eyes—how has that changed in 2022? What kind of practices do we need to sustain a shift in the field? To me, the field is super, super broad.”

To dig into these questions and survey Chicago’s extensive field, Furnans and CDF programs and communications director Shawn Lent put together a larger festival staff, including curator Yolanda Cesta Cursach Montilla. It was decided that “Elevate” would hold an open call to anyone who identified themselves as a dance maker, with a simplified application process. Applicants were even invited to propose a main project and a Plan B if their primary one wasn’t accepted. Over ninety individual artists and groups applied.

Cursach Montilla says she wants “Elevate” to reach artists who would normally dismiss festivals as not for them, and is excited for this iteration to be more open to experimentation. “I’m hoping the festival structure this year is an opportunity for the artists to keep peeling away whatever obstructions are there when they’re playing in the studio,” she says. “I hope they feel supported by the festival so they can really share something alive and true about this moment. True for them and, if the festival supports them correctly, it will be legible for the audience.”

One truth of this moment—that dance has moved into different spaces, some new, some very old—is reflected in the festival venues. Two South Side parks will host outdoor performances on October 15 and 16. Palmisano Park in Bridgeport will be the site for Ayako Kato’s “LUCA/Res Communis: ETHOS Episode III,” the culminating performance in a trilogy about humankind’s relationship to nature and the art of physically being in the world. Big Marsh Park in South Deering will host new work by several artists: highlights include Aaliyah Christina’s “Parade & Field Show” inspired by customary Black celebrations, and Christopher Knowlton’s “Extended Play” which uses antiquated technology as a literal window to the future, a record player serving as gateway to an augmented reality audience experience.

Indoor, proscenium-staged performances will take place at the Dance Center of Columbia College and the Segundo Ruiz Belvis Cultural Center in Hermosa. The Chicago Cultural Center will again be a hub of activity with performances under the Grand Rotunda on the second floor and screenings in the Claudia Cassidy film theater. These locations, all in the Loop, South and West Sides, are clearly a nod to the truth that live theater and dance presentation has historically been in proximity to predominantly white and wealthy neighborhoods, but change is underway. 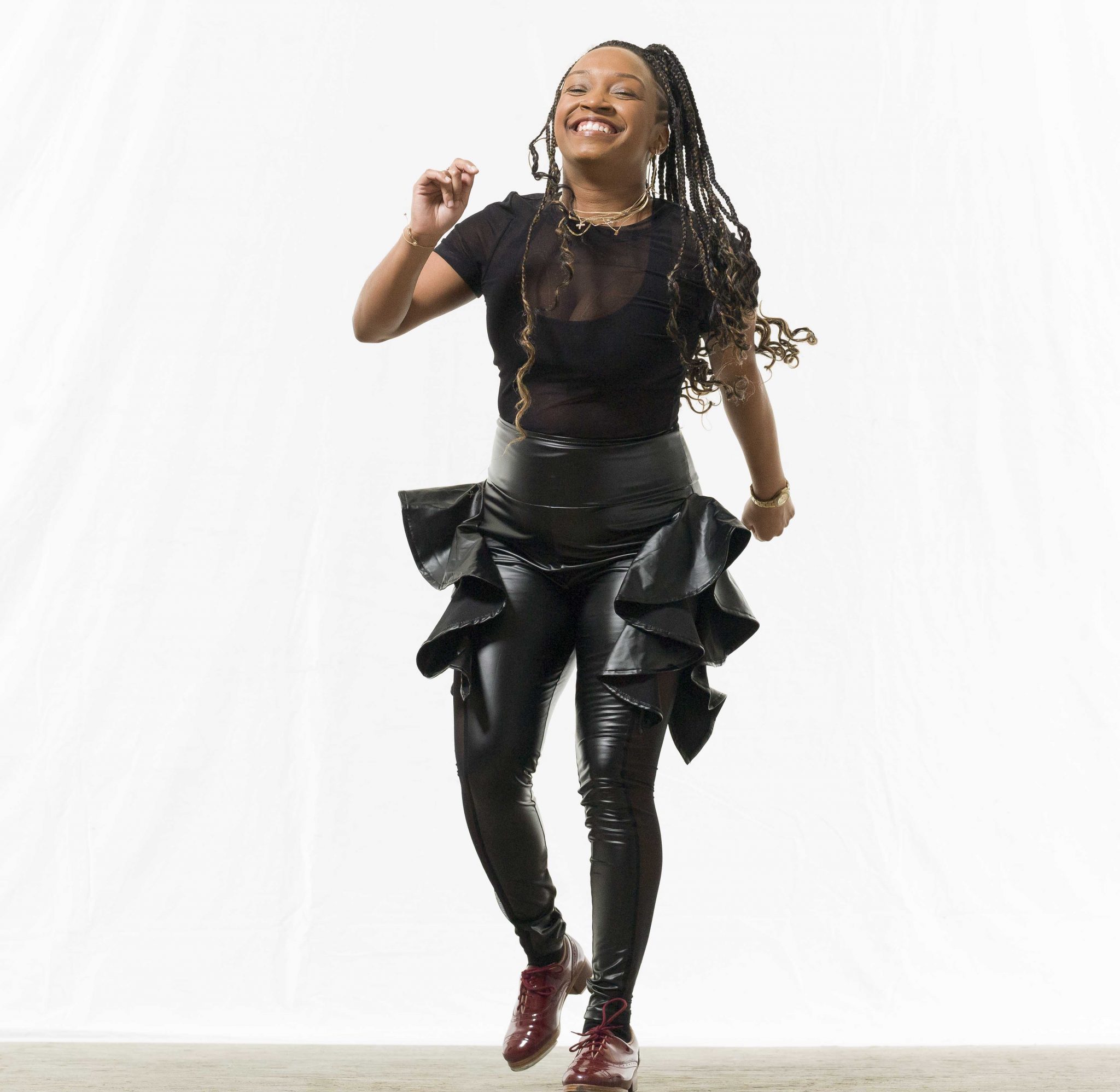 Cursach Montilla makes specific mention of Maggie Bridger, who will soon be in residence at the Chicago Cultural Center’s Learning Lab. In addition to her film “Radiate,” Bridger will invite attendees to explore a map of accessible arts spaces across Chicago. “I find people like Maggie Bridger to be instigating dance forward in provocative ways,” says Cursach Montilla. “I’m interested in technology, how it can erase or extend the dancer’s body. It’s why I think disabled artists are some of the most progressive experimental artists out there.”

Lent says the diversity of the programming is a result of the selection process, conducted by a ten-person panel supported by four notetakers and observers. She says the panel looked for work that “not only speaks volumes for its own distinction, but what’s happening in the city right now. You see the pieces in conversation with each other and with the venues. You see different dance styles and those things in conversation with each other.”

Conversation is a larger component in this year’s “Elevate” festival, figuratively and literally. Opening day kicks off with workshops, in-progress showings and panel discussions that have been organized by the participating artists, as opposed to the typical, moderated, q&a formula. Furnans, Lent and Cursach Montilla all voice enthusiasm for the new panel format. Lent says she is particularly excited about the behind-the-scenes connections artists make as they prepare in the green rooms at various venues: Reunions, new collaborations. “That’s where the unexpected happens,” she says.

The final day of the festival takes place in the Cultural Center’s film theater, which will screen a program of seven dance films. CDF responded to the boom of pandemic era dance film with a new well of $10,000 grants for digital dance projects. The final day of “Elevate” includes films by Synapse Arts, Nora Sharp and Grace McCants, JaNiah Cooper, Nadezhda Oussenko and more. Now that dancers have been exploring collaborations with videographers and enjoying global reach through social media and other online platforms, film and video screenings will doubtless become a key ingredient in dance festivals for years to come.

One feature of the festival that is still taking shape at the time of these interviews is the involvement of up to three writers, who will respond to the festival with creative written pieces. While this element was still up in the air, Furnans says CDF intends to explore cross-publishing options.

The original goal of “elevating” Chicago’s profile on a national stage is still an element of the 2022 festival, if not the central focus. Furnans says out-of-town presenters have been invited, and the festival will include a virtual and hybrid component for those still avoiding crowds or unable to travel to the performances. However, both Furnans and Lent indicate that it might be time to retire the name. “The word ‘elevate’ and ‘elevating’ has shown up a lot,” Furnans muses. “Maybe it’s on trend right now. We’ve acknowledged amongst ourselves: What are we suggesting? Do communities need elevating? And to what? If we do this again in the future, we might move on to a different title.”

Cursach Montilla hopes this year’s festival provides an imaginative place for active human connection in a time of increased isolation and tribalism. “It’s very easy to live in a bubble. It’s very easy to stay in comfort and drop out from community. Different communities are important but it’s also important to connect across communities. We have an obligation to each other and to pay attention to something greater than our conveniences.”

She adds, “I don’t know if any festival’s job anymore is to interpret a moment. It doesn’t have to be a commentary on climate change, protecting democracy, equity; it’s up to the artist to address that if they choose to. I think consciously or not, the public is the final collaborator in a long process. Maybe we go inside ourselves too, in witnessing the work. I hope the enjoyment for tfhe attendees is sensing in real time.”