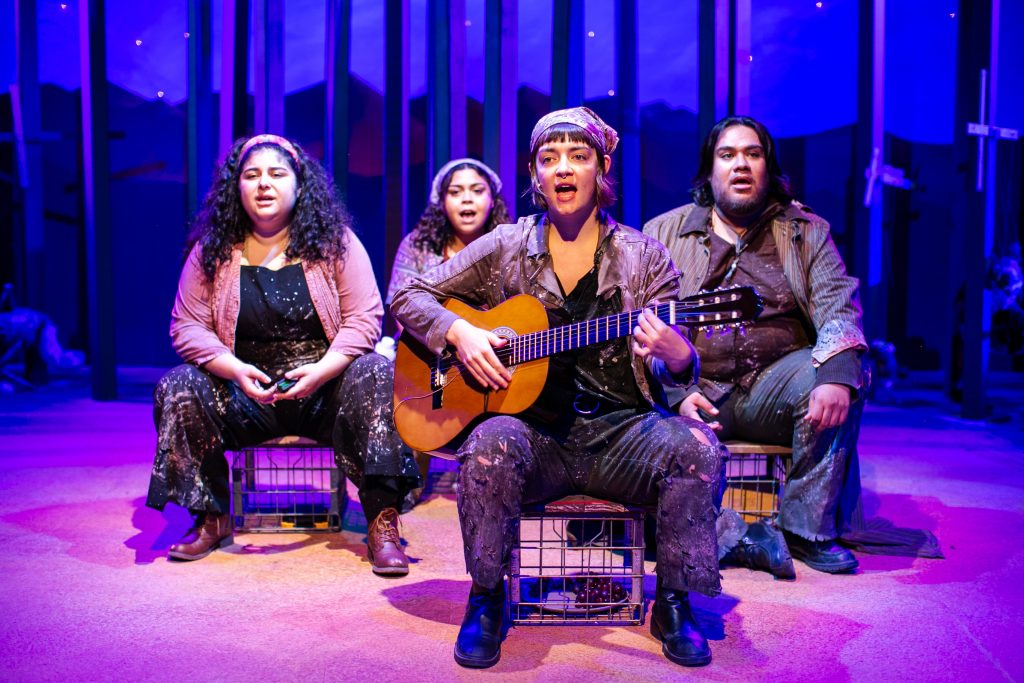 The character seeking refuge in Theo Ubique’s “Refuge” is a teenage girl dressed as a boy, whom we first meet taking the shoes off a dead woman’s body. Alone and delirious from thirst, she gradually makes her way to a ranch deep within the Texas borderland. After meeting a rancher, she hallucinates that he is the devil before collapsing at his feet. While trying to revive her, the rancher reads a message scrawled across her chest saying she has AIDS. Later, we learn that dressing as a boy and pretending you have AIDS is a necessary precaution to take when crossing America’s desert.

Such is the world presented by co-creators Satya Jnani Chávez and Andrew Rosendorf. That their musical offers an unflinching view of the border is commendable. What is even more impressive is the stark beauty accomplished via the pairing of understated puppets with a very lyrical narration. However heavy-handed some of the plot points, the production never fails to engage the audience with incredibly vivid images of an endless and deadly land with a border no thicker than a piece of rope. 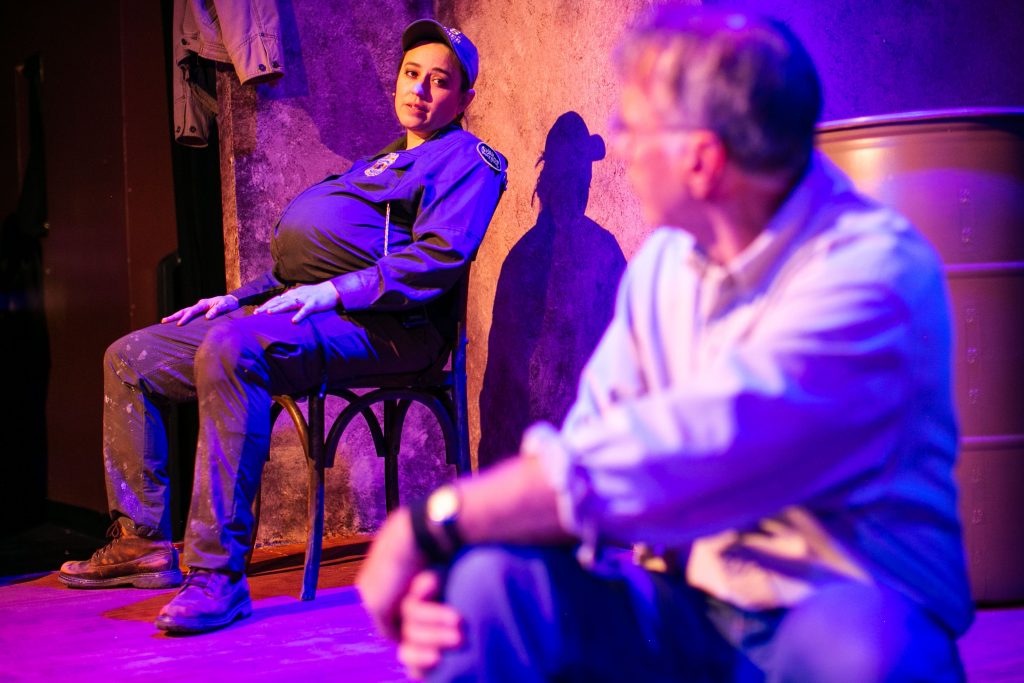 The characters existing between these two worlds are an endless mess of contradictions. There is the very pregnant Hispanic border control agent, played wonderfully by Devon Carson. A relentless tracker across the desert, she demonstrates an awareness of her luck to be born on the “right” side of the border. The rancher (a world-weary Bill Kalinack) speaks some Spanish and has a Mexican American ex-wife. None of that prevents him from repeatedly asking the refugee whether or not she is a “good wet or a bad wet.” Even the rancher’s dog has a Mexican doppelgänger, a mangy wolf forever prowling the night. Bridgett Martinez (the understudy performing the role of the girl) is brilliant in her transformation onstage from desperate refugee to an ultimately more confident endpoint. The ensemble cast executes their roles perfectly both in Spanish and in English. The music is almost entirely in Spanish and lifts beautifully up to a point somewhere far above the misery staged below. (Noel Schecter)