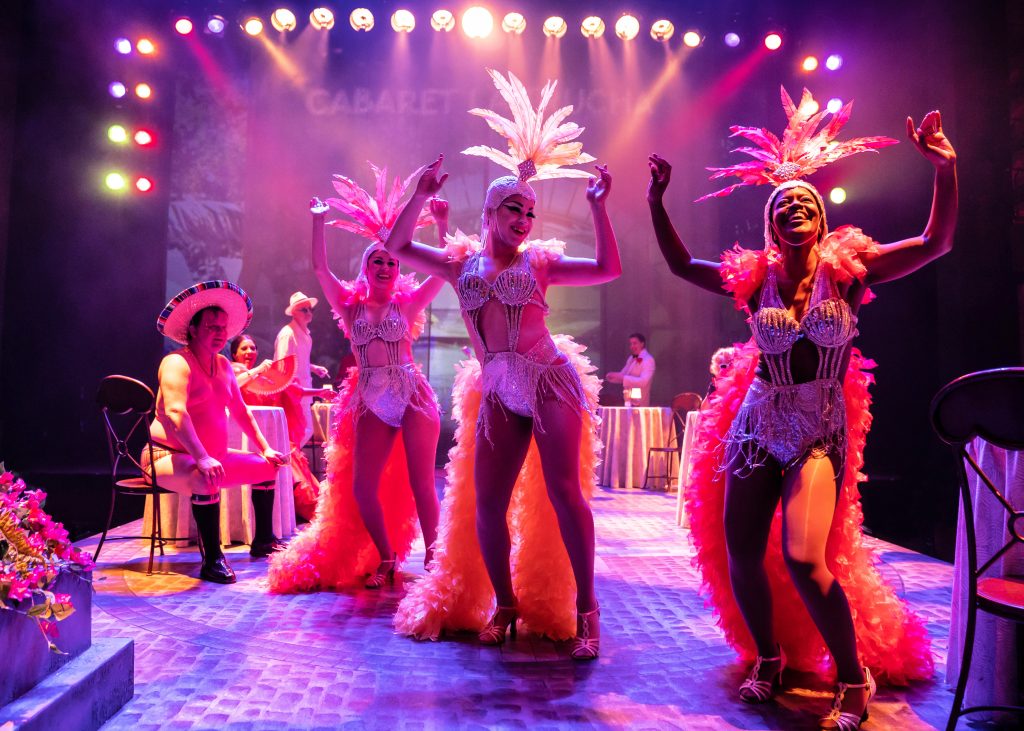 Audiences unfamiliar with “Measure for Measure” might be surprised when the lively world of Mistress Overdone’s Havana nightclub takes a turn shortly after the show begins in Chicago Shakespeare Theater’s production. “Measure” is one of those bizarre Shakespearean plays that resides in the space between comedy and tragedy as few of the Bard’s works do. Yet you will find yourself mesmerized with Chicago Shakes’ interpretation. On its face, the 1950s Havana setting feels like another imaginative framing device. Yet, by the final curtain, you may feel (as I did) that no frame has ever felt more apropos for this play.

“Measure” has a simple plot so far as the Bard’s works go. The Duke (Kevin Gudahl) pretends to leave town to see what will take place when his second-in-command is given full command. Suddenly, laws that were not upheld for years in the city are met with brute force. So much so that someone like Claudio (Andrés Enriquez) is put to death for fornication and the nightclub staff are arrested as well. Claudio’s sister Isabel (Cruz Gonzalez-Cadel), a novitiate of the Order of St. Clara, is asked to intercede on behalf of her brother. But whether or not she can take up arms to betray her oaths as a nun is a question she must grapple with.

Exploring the realities of Colorism within the confines of “Measure” is a perfect way to frame some of the relationships. And, in all honesty, there are just too many intricacies within Chicago Shakes’ production to even name. In what other context would you experience “Measure” in three languages throughout its hundred-minute runtime? English, Spanish and American Sign Language (ASL) flow through this work as if they were all three placed there by Shakespeare himself. 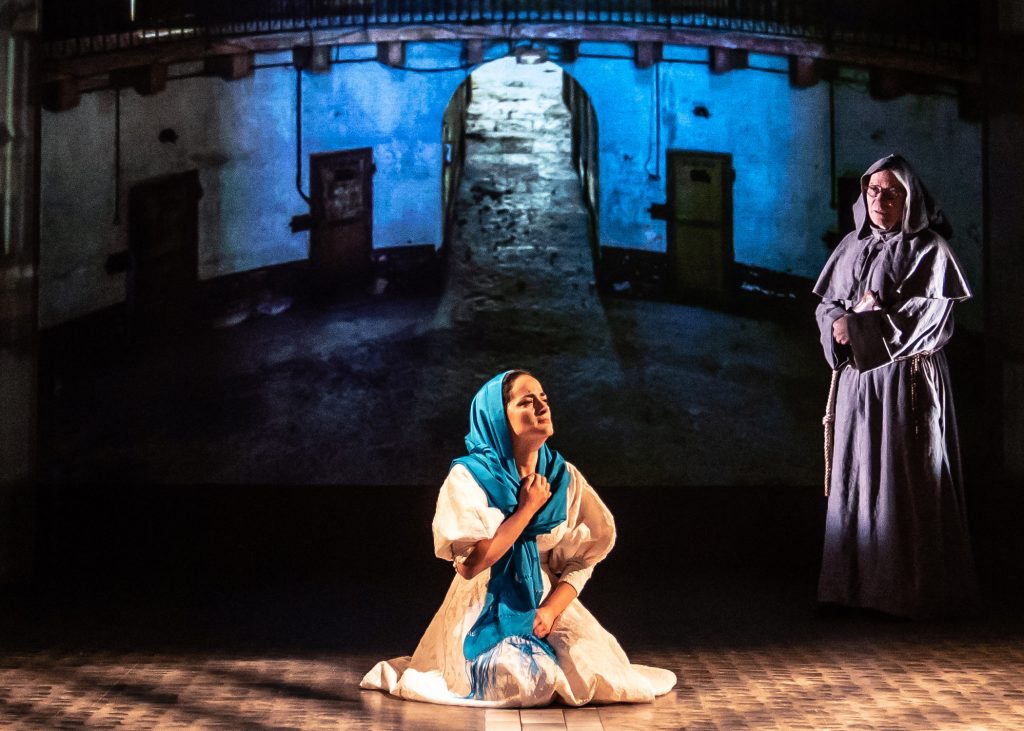 Everywhere you turn in “Measure” there is a standout performance. Gonzalez-Cadel’s heart-wrenching portrayal of Isabel and Adam Poss’ infuriating Angelo are not to be missed. While the emotional elements of this production may sound as if this production is all heft, comedic moments are just as prevalent. With comedic folks like Elizabeth Ledo, Gregory Linington and Joe Foust around, your tears may move between joy and despair. And the always-empathetic Robert Schleifer and Kidany Camilo remind us that humanity is a complicated, lifelong affliction.

Director Henry Godinez’s inspired production is a masterclass on producing Shakespeare. So much heart was put into making this theme suit the show that you may even forget Shakespeare’s play wasn’t originally set in Cuba, with a full nightclub experience or showgirls. As we see revolutions unfold the world over, the selfsame in “Measure” reminds us that human stories are cyclical and artists are what make the world go round.