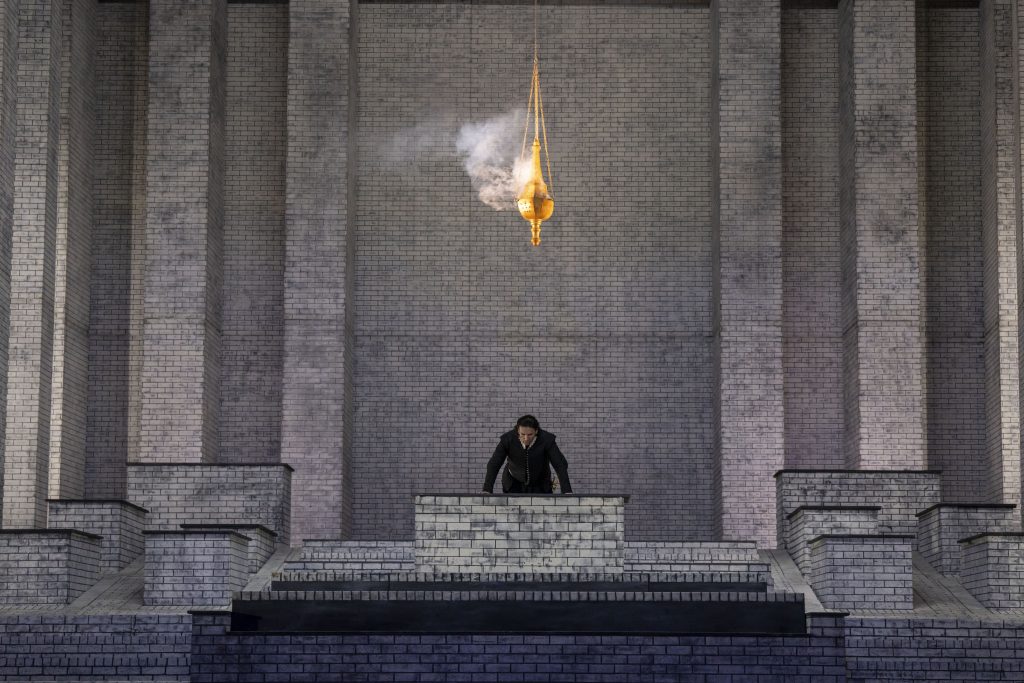 When it comes to Verdi’s longest and most complex opera, there are two poles around which performing versions gravitate: “Don Carlos,” the five-act grand opera in French, and “Don Carlo,” the four-act Italian melodrama. The former is Verdi on commission to the Paris Opera, making the attempt to write in the French grand style typified by the largely forgotten but then enormously popular Meyerbeer. The latter is the mature Verdi responding to the practical reality that the earlier version was considered too long and often subject to unauthorized cuts. Verdi wanted to make such “amputations” himself with an eye on a more cohesive unity of music and drama.

A popular compromise has been to perform the later revised edition that leaves out the dances and ballet, but to add a restoration of the Act I “Fontainebleau” scene of the original. This “Modena” version, as it is often called, is the one Lyric Opera is presenting, but in French rather than the usual Italian translation. This makes great sense, because even though Verdi made this revision for the Italian stage, the libretto Verdi composed from was in French and any revisions were of the French original that Verdi then allowed to be translated into Italian.

Although Lyric has presented the four-act Italian version over the years—as early as 1957 with Georg Solti conducting a legendary cast, and most recently in 1996—amazingly, the company had never performed the French five-act “Don Carlos.” Kudos to Lyric Opera music director Enrique Mazzola for making the rectification of this significant company omission a priority so early in his tenure.

Yes, even revised, this is a four-hour opera, including a single intermission halfway through. (I recall the four-act Italian version feeling much longer.) 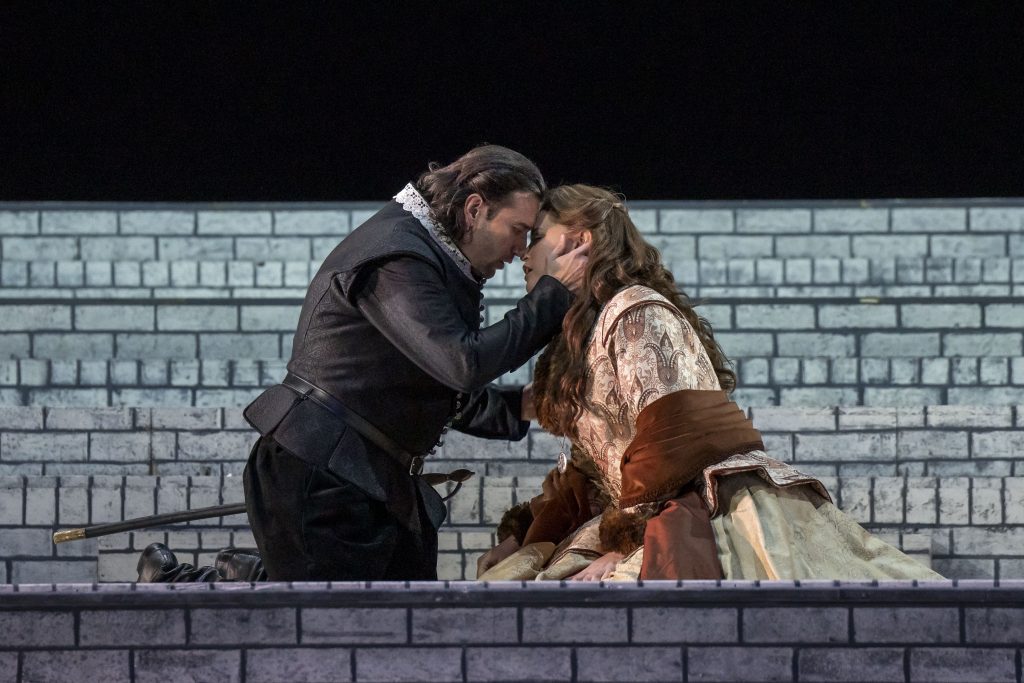 Restoring Act I means we experience the meeting and falling in love of Don Carlos (tenor Joshua Guerrero) and Elisabeth (soprano Rachel Willis-Sørensen) which gives context to the epic. When the price of peace becomes Elisabeth having to marry King Philippe II (Russian bass Dmitri Belosselskiy), the father of Don Carlos, rather than the original betrothment of Carlos and Elisabeth, a love triangle ensues. Happily, the scenes with Carlos and Elisabeth are credible both musically and dramatically. This is crucial, as their penultimate scene together is the heart of the opera.

But Scottish director Sir David McVicar’s 2007 Frankfurt production—revived here by Axel Weidauer—takes the original mystical ending of the opera where Carlos is rescued by a vision of his grandfather Charles V, and instead offers a grim alternative that obliterates the point of the opera. Verdi’s music is telling us one thing, the action goes in another direction altogether.

What we get along the way is uneven but serviceable. There is only one native French speaker in the cast, French mezzo-soprano Clémentine Margaine as Eboli. Her vocal color is wonderful but gets shrieky when pushed. Philippe doesn’t have the bottom end the role requires, particularly noticeable in his scenes with the Grand Inquisitor (bass Solomon Howard). Rodrigue (Russian baritone Igor Golovatenko), the moral conscience of the opera, is wooden.

The gray brick unit set and the mostly black-and-white costumes leave little for the eye,although the Lyric Opera Orchestra and Chorus caress the ear, even if too carefully and slowly under Mazzola’s baton.