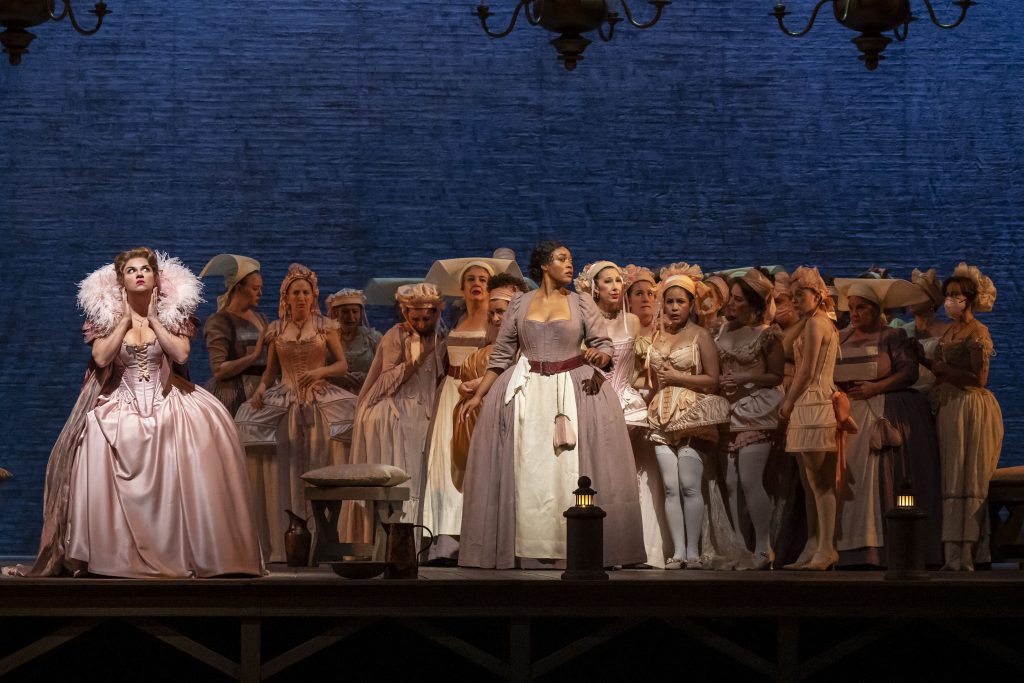 There is a fascinating connection between Rossini’s “Le Comte Ory” and Verdi’s five-act “Don Carlos,” playing in repertory at Lyric Opera.

Each represent the pinnacle of operas written in French by Italy’s superstar opera composers of the early and late nineteenth century, respectively. Paris was the opera capital of Europe—and the world—and ergo, each sought success there.

Each are also receiving their Lyric Opera premieres: “Don Carlos” in its five-act French version, “Le Comte Ory” in any form.

Both are conducted by Lyric’s music director, Enrique Mazzola. Whereas “Don Carlos” is a new work for Mazzola, “Le Comte Ory” is an established signature piece.

Oh my, the difference experience makes. Mazzola’s Rossini is everything you hope his Verdi would be: flexible, transparent, nuanced.

Rossini’s penultimate opera has found new life in recent years thanks in part to the Metropolitan Opera’s 2011 Bartlett Sher production which is what Lyric is presenting, albeit with Kathleen Smith Belcher directing. (Remember the days when Lyric brought original directors in to do revivals?) 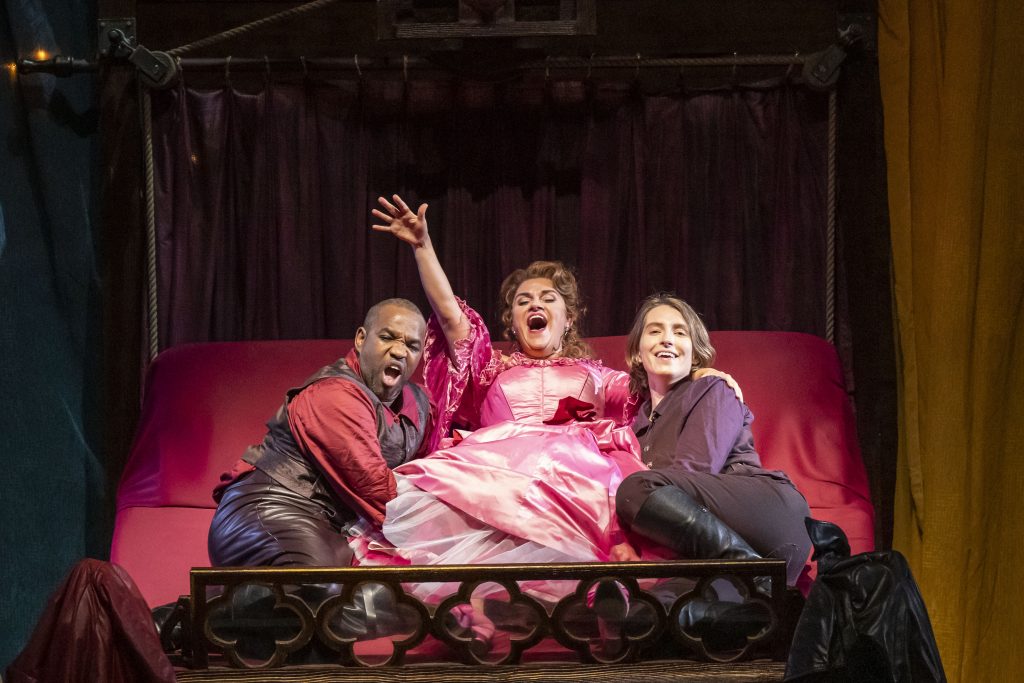 It is a clever and whimsical take on the story of a Crusades-era count of no account who uses the opening of men off to war to woo a countess in an unprotected castle. The disguises and means to which he will go and the hijinks that ensue make for great comedy.

The brilliance of Sher’s conception is that all of this is presented as a play-within-a-play which means that those putting on the play—and we, the audience—are laughing at the count and the farce of the scenario. Nothing is taken seriously.

But of course, none of this would mean much without the virtuosic singing we expect from Rossini. Lyric has assembled a first-rate cast that shines. Tenor Lawrence Brownlee makes a superb Count Ory, hysterically up to the comedy yet delivering the score’s vocal glories with aplomb. It’s a wonderful followup to his company “Barber of Seville.”

Coloratura soprano Kathryn Lewek, last seen as the Queen of the Night in Lyric’s truncated silent-movie take on Mozart’s “The Magic Flute,” makes a sparkling Countess Adèle who is vocally sensational and offers the possibility that she may know more about the Count’s intentions than the plot allows.

There are delights and twists at every turn, the highlight production of the Mazzola era thus far.