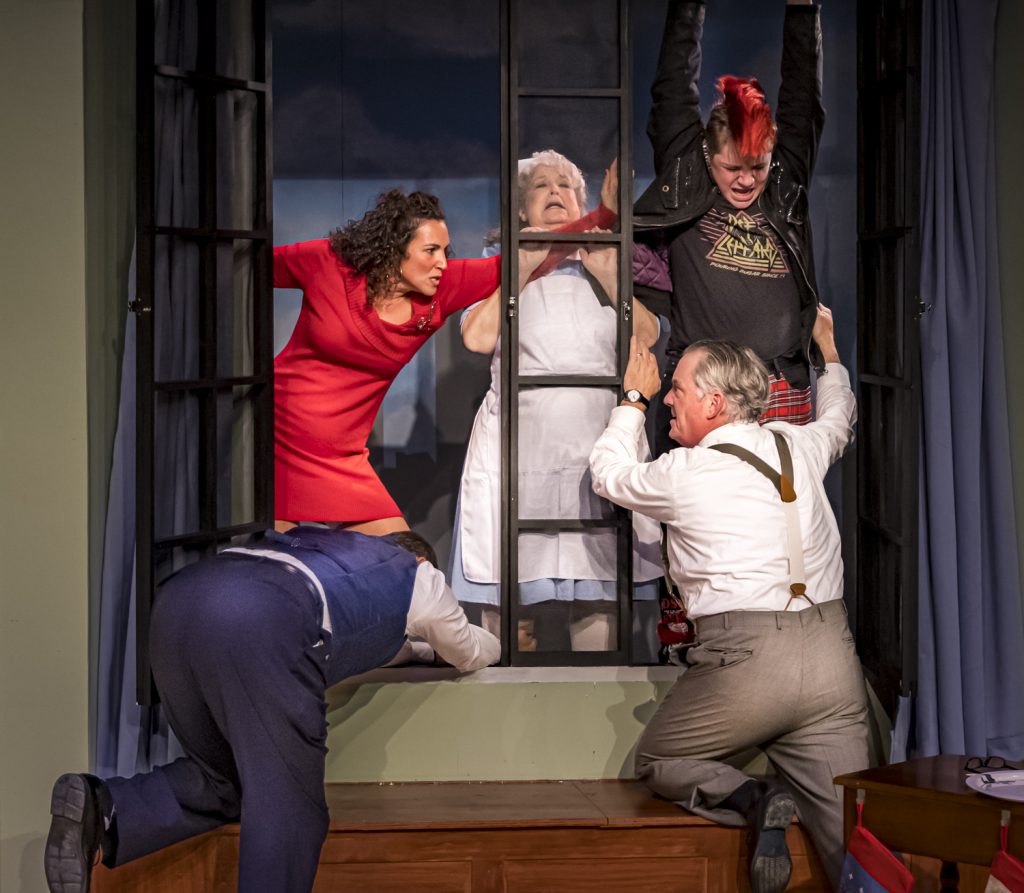 Have I got the show for you.

“It Runs in the Family,” Ray Cooney’s 1987 British farce, offers two-and-a-quarter hours of unredeemed silliness of the slamming-door and double-take variety. More of a live-action cartoon than a play, it will appeal mainly to those who favor Benny Hill over Monty Python.

Written by the man who ground out no fewer than seventeen West End comedies over a long career (including his biggest hit, 1983’s “Run for Your Wife”), the play has an assembly-line quality—a kind of predictable chaos. To be fair, it has its charm, too. Unlike some other farces (Michael Frayn’s snarkily elitist “Noises Off” comes to mind), there’s not a mean bone in the play’s hyperactive but good-natured body. And it’s impossible not to appreciate and admire the sheer stamina of the actors, as they careen like pinballs around the stage, making endless precisely timed entrances and exits.

The show’s excuse for a plot—really more of a group manic episode than a coherent storyline—centers on staid, middle-aged Dr. David Mortimore (Tim Walsh), who as the play begins is about to deliver the Christmastime speech that will make or break his hopes for a hospital directorship and knighthood. As his nervousness mounts, he’s met in the doctors’ common room by Jane Tate (Aimee Kleiman), a former nurse at the hospital with whom Mortimore had an affair eighteen years ago, before she abruptly quit. The onetime Nurse Tate informs him at this crucial moment that he’s the father of her stoned, Mohawk-crested teenage son (Declan Poll), who at that very moment is on his way to the hospital to meet his longed-for daddy. 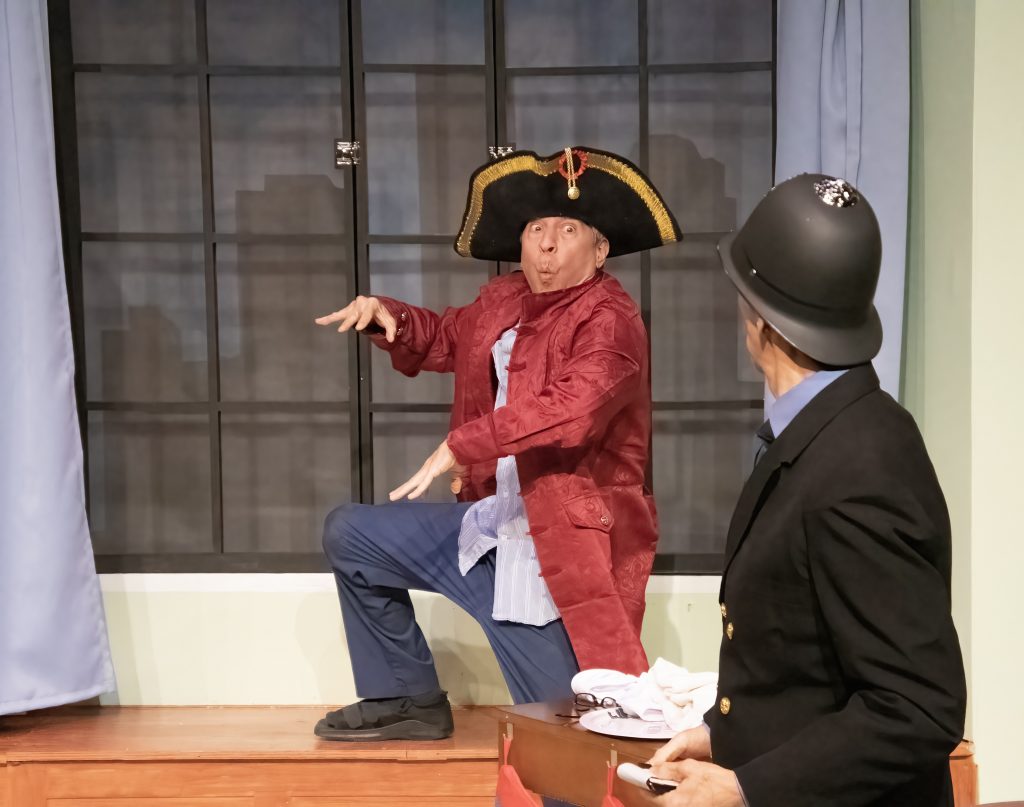 Hijinks ensue, as the panic-stricken Mortimore blurts out a skein of improvised and often contradictory whoppers to hide his secret from his inquisitive wife (Ellen Phelps) and impatient boss (Ed Kuffert), as well as an intrusive cop (Chris Bruzzini). Mortimore’s only ally is the dimwittedly decent Dr. Hubert Bonney (David Whitlock), his longtime friend and colleague, who quickly finds himself tangled up in Mortimore’s  spreading web of lies. The cast is rounded out by Philip J. Macaluso as an airheaded fellow physician interested only in the upcoming Christmas pantomime, Debra Rodkin and Nancy Greco as kept-in-the-dark nurses, and Ray Andrecheck as a dotty older patient who exists only to further complicate the already fraught proceedings.

It’s a noble effort by the hardworking cast, but even on its own low-bar terms, the show doesn’t always shine. Classic farce is the dramatization of bourgeois status anxiety and duplicity, and what must be brought out is the contrast between the exaggerated propriety and dullness of outward life and the seething insecurity and desperation within. The source of the genre’s humor is the perpetual cycling between pomposity and hysteria. In this production, though, nobody ever seems quite sane or mature, and so the lunacy and childishness on the part of ostensible authority figures don’t pop as much as they could.

What does work is the striking comedic chemistry between the two leads (Walsh and Whitlock), who play off each other with easy grace. Director Pat Murphy wisely keeps these two always front and center as they attempt to lull and/or hoodwink the other characters, not all of whom are played at quite the same level of crisp professionalism.

Designer Eric Luchen’s single hospital-room set is convincingly sterile, down to the walls’ institutional phlegm-green shade; Elizabeth Monti’s costumes are true to the play’s 1980s era; and the accents are mostly sound if a bit uniform, considering the characters’ wide class variation. There’s not much more to say about “It Runs in the Family,” other than that it’s the sort of thing you might like, if you like this sort of thing.