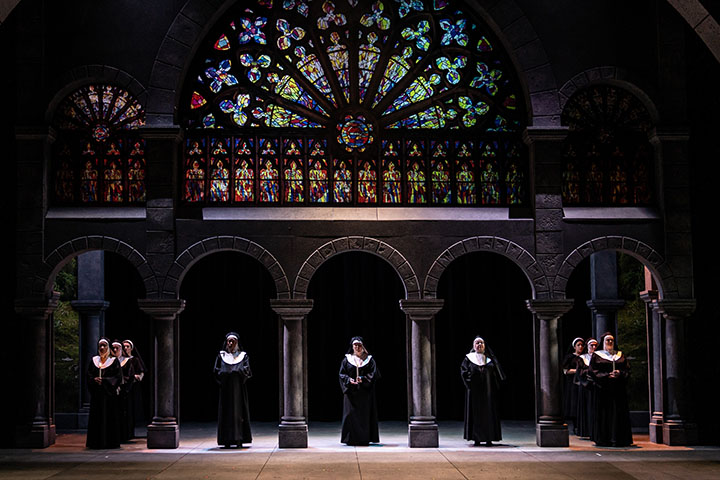 “The Sound of Music” is the story of Maria Rainer, an Austrian nun-in-training who has trouble coping with the boundaries of convent life. She needs clarity, and the wise Mother Abbess sends Maria back into the world to find some, as the temporary governess for the seven children of widower Captain Georg von Trapp. She bonds with the children and brings music and happiness back to the von Trapp household. But Maria is not the only one searching for clarity. The country is on the precipice of World War II and loyalties are changing by the day. On which side will Maria and the von Trapp family end up?It isn’t called “The Sound of Music” for nothing, and this production is ready to prove it. A sixteen-member orchestra fills the intricately adorned Paramount Theatre with Rodgers and Hammerstein’s beloved classics. The musicians and conductor Kory Danielson are fantastic. It’s a joy to hear this music performed with such skill by those in the orchestra pit and on stage. People know these songs, and the audience was enraptured by crowd favorites like “My Favorite Things” and “Do-Re-Mi,” the latter of which inspired a spontaneous clap-along on Opening Night. Quieter moments were equally moving; harmonic a cappella portions had a near-hypnotic effect.

The abbey nuns may lament that Maria Rainer is flighty, a cloud that can’t be pinned down, a moonbeam that can’t be held, but in Alicia Kaori’s hands she is even more. Maria’s obvious lack of pretense is enchanting, but Kaori also imbues her Maria with a thoughtful, ruminative quality. You love her from the moment you see her, lazing and spinning on the side of a mountain. It’s never hard to root for Maria in any production of “The Sound of Music,” but Kaori’s heartfelt portrayal here evokes a sense of pride and joy from the audience as well. 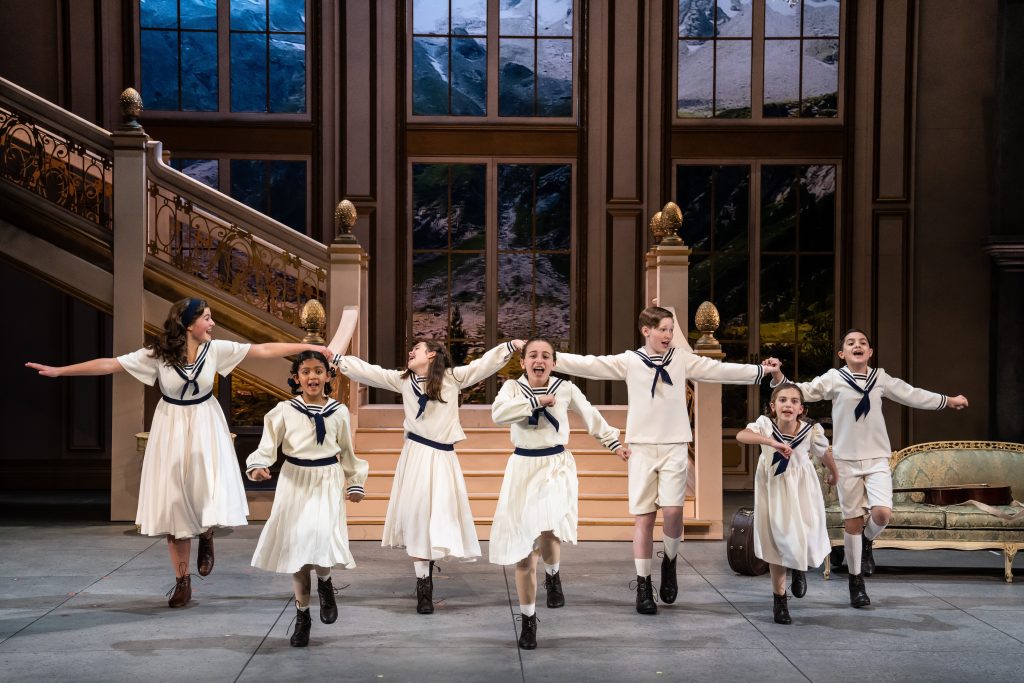 There is earnest work from every player. When the longstanding fog of grief-induced discipline of Captain von Trapp (Christopher Kale Jones) lifts and he is able to see his children as individuals, rather than toy soldiers, the audience exhales with relief. His “Edelweiss” is solemn and lovely. Susan Moniz is a compassionate Mother Abbess; her sonorous advice to “Climb Ev’ry Mountain” a clarion call for courage. Stephen Schellhardt brings laughs as the quippy Max Detweiler and Emilie Lynn is a cool and confident Elsa Schraeder. The von Trapp children, led by eldest child Liesl (Julia Aragon) are delightful and distinguishable. The buoyant “Sixteen Going on Seventeen” is a showcase for the clear-voiced Aragon, and she and Michael Harp (Rolf) execute director Mak’s “will-they-won’t-they” choreography jubilantly.

Act One triumphantly crescendos into a tense Act Two under Mak’s wonderful direction. “The Sound of Music” has never shied away from the insidiousness of Naziism, nor does this production. 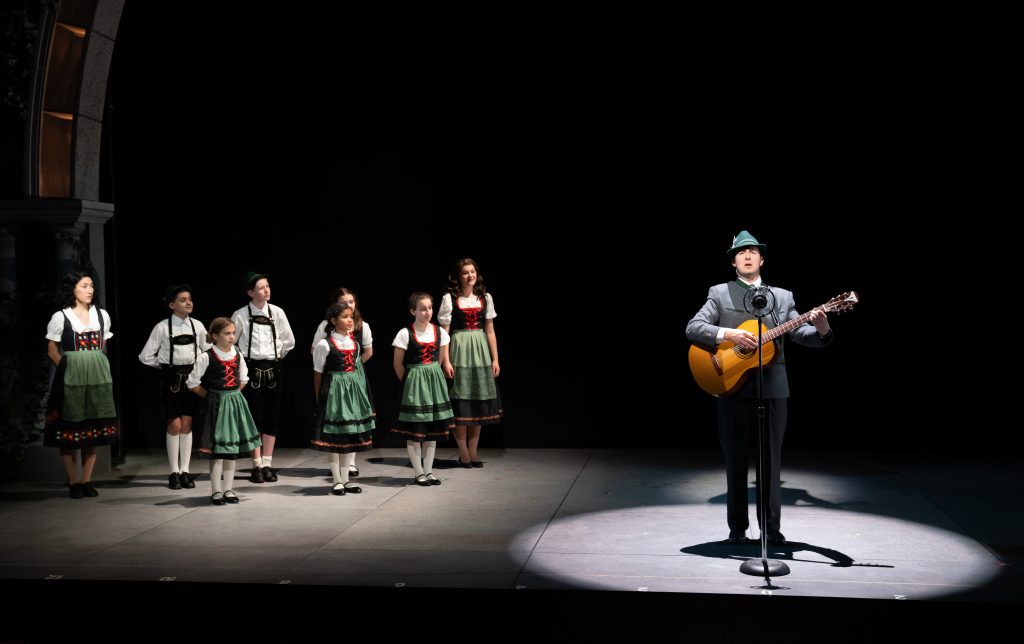 Upon the reveal of a few staging choices and costume details, there was a palpable feeling of unease in the theater. My familiarity with “The Sound of Music” has always been tied to the film adaptation, not the original musical. In years past, I had always filed the inclusion of Nazis away in my head as a necessity of historical accuracy—emphasis on historical. However, Mak puts it best in the program’s opening notes: “Although this piece was written sixty-three years ago about events that happened eighty-four years ago, the story feels as contemporary and poignant as ever in our current world.”

There is some consensus these days classifying “The Sound of Music” as a Christmastime story, though it doesn’t take place during the holidays. I don’t know when or how this started, but I do understand why. Love, family, and hope are the hallmarks of any great holiday season, and “The Sound of Music” has all three qualities in abundance.

Fans of the film will enjoy seeing the well-loved story on stage. Treat you and yours to the perfect gift this holiday season.