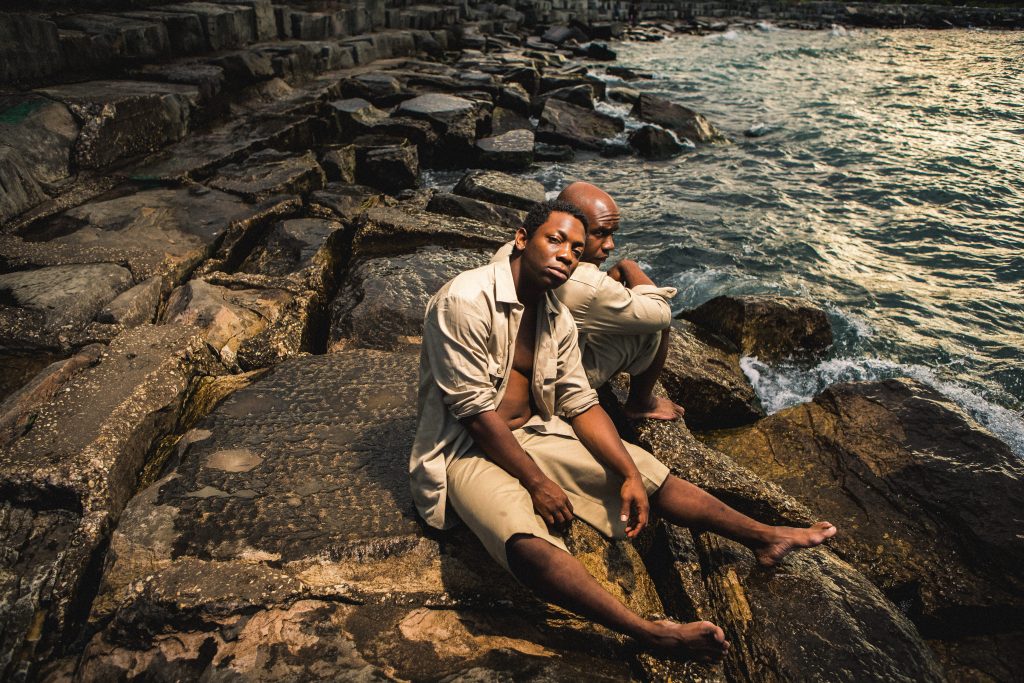 Decades after the de jure end of Jim Crow in the United States, Apartheid in South Africa continued to destroy lives and communities, leaving twentieth-century progressives to ask the questions “What kind of society condones mass incarceration?” and “What are the politics of such a culture?”

In the twenty-first century, we’re still asking these questions.

That is why “The Island” resonates today, written by anti-Apartheid playwright Athol Fugard (widely regarded as South Africa’s greatest), John Kani and Winston Ntshona. Actors Kani and Ntshona were inspiration for the only visible characters—prisoners serving sentences of at least a decade—themselves arrested for performing radical works to interracial audiences during Apartheid. Director Gabrielle Randle-Bent brings nuance, drawing out the resilience of humanity against violence without showing violent acts.

John (Kai A. Ealy) and Winston (Ronald L. Conner) spend their days toiling in a rock quarry on Robben Island, the same penal colony where Nelson Mandela was detained for eighteen years. Every day is the same: piles of red dirt are moved from here to there, urination during breaktime, weary slumber on a thin mat underneath a giant, pivotable rock slab. What breaks up the monotony are rehearsals for a talent show, where they plan to perform a scene from the play “Antigone” by ancient Greek playwright, Sophocles.

Isolated from civilization by a towering, stained and crumbling wall of stone, all they have are each other. This tentative equilibrium is shattered by the news that John’s sentence has been reduced from another seven years to only three more months. Against the repulsive sound of buzzing flies, Winston’s demeanor deteriorates into melancholy at the thought of losing his lifeline to humanity, and lashes out at his comrade—“Forget me, John, for I will forget you!” 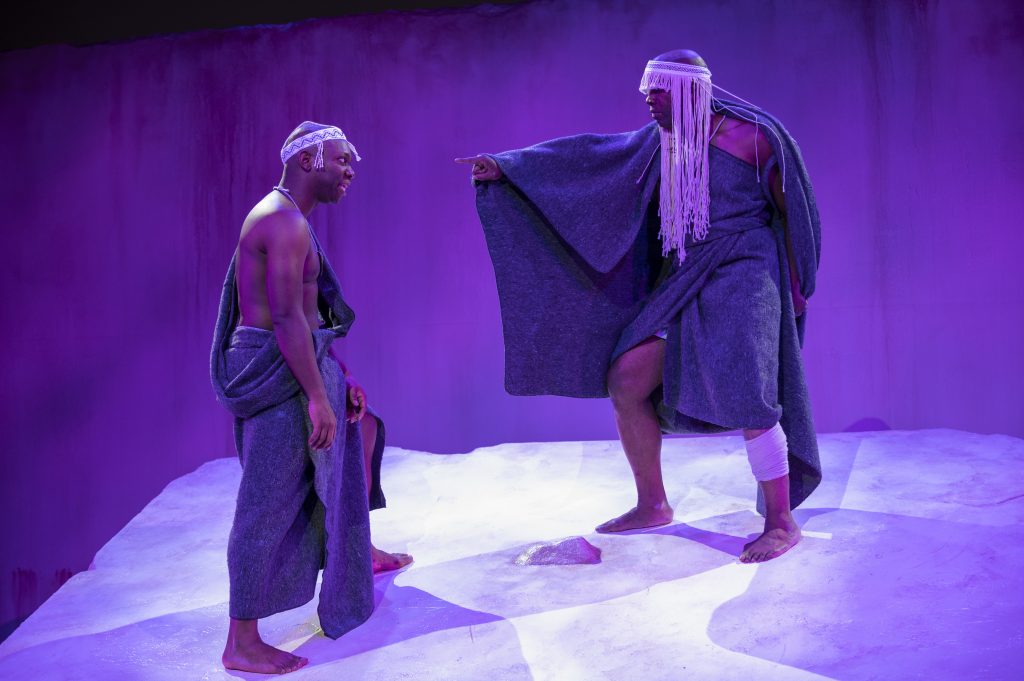 And yet the show must go on. John convinces Winston to play the role of Antigone—a woman condemned for defying the laws of the state, represented by King Creon, played by John.

The transformation that takes place is phenomenal. Creon starts out as a jovial and good-natured King. He acts disarmingly foolish, that is, until he broaches the subjects of law and order. His passion for obedience to the state grows aggressive and terrifying—“The shield has defended; Now, the sword must strike!”

Enter Antigone, already condemned for burying her brother against Creon’s edict, who defiantly tells Creon that his moralizing speeches repel her, and that to die for having buried her brother honorably will bring her great glory.

King and captive wage an existential battle atop the large, swiveling slab, and hurl fierce verbal attacks at one other. Antigone, resigned to death, is nevertheless insubordinate, and her words timelessly reflect the impassioned cries of those whose rights have been stripped away by an unjust legal system.

“The Island” asks us, as members of a society, to consider how much inhumanity we deem as tolerable. That the answer is “any” shines a light on the fact that, amid unprecedented social progress, we still have work to do.