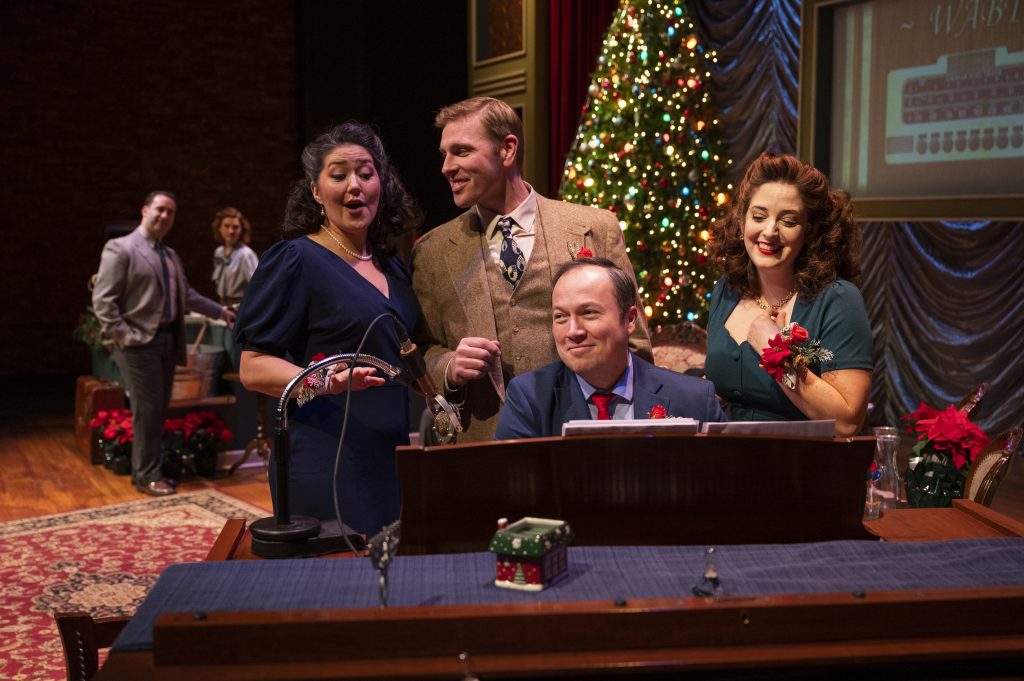 Although known best as a film, “It’s a Wonderful Life” began life as a 1943 short story. When author and editor Philip Van Doren Stern couldn’t find a publisher for his standalone, four-thousand-word tale “The Greatest Gift,” he sent out mimeographed copies in his 1944 Christmas cards. One ended up in the hands of an RKO executive who thought it could be the basis for a Cary Grant film and purchased it. Two screenplays later and still sitting on the studio shelf, director Frank Capra offered to buy the story for the same ten-thousand dollars RKO had paid for it. Capra loved the premise of a discouraged man about to jump off a bridge only to be shown by a stranger what the world would have been like without him. He saw it as the perfect vehicle for the return of James Stewart to the screen after serving in World War II.

“It’s a Wonderful Life” didn’t connect with postwar audiences and lost money upon its 1947 release. It might have remained long-forgotten but then a funny thing happened: through a clerical error, its copyright wasn’t renewed. From the mid-1970s until the mid-1990s, the film was in the public domain and ran day and night through the holiday season on every local station, as it could be shown without paying royalties. Millions watched it again and again and it became a beloved holiday staple decades after its release. A technicality eventually emerged: the Dimitri Tiomkin score and Stern’s original story were still under copyright and “It’s a Wonderful Life” was scaled back to a mere two holiday airings annually on NBC. What to do with the insatiable audience appetite that had developed for it ever since? Enter PBS stations, which had previously used the film for holiday pledge drives, presenting a radio-play version that made use of the script of a 1947 one-hour radio broadcast adaptation of the film that was first performed live by its original stars Stewart and Donna Reed.

American Blues Theater has been putting on its own live version that includes a Chicago spin on the commercial spots and studio intros and outros for twenty-one holiday seasons. Even the pandemic didn’t stop it—a virtual production was made available. 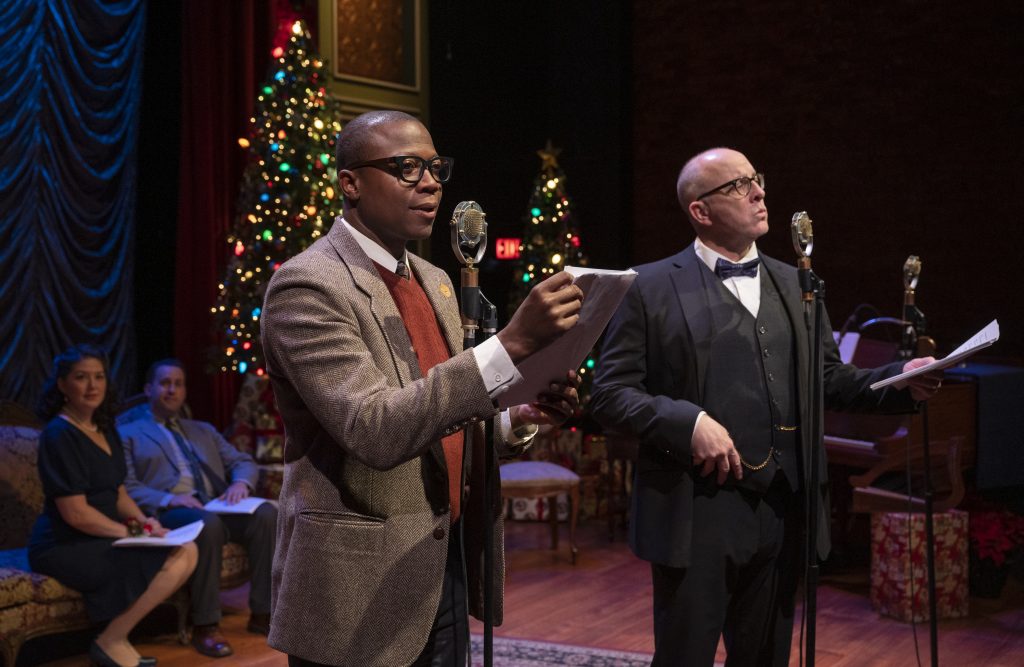 Coming into the stage space at the Chopin Theatre, it feels like a retro holiday living room, complete with illuminated 1940s-style Christmas trees. We, the audience, play the part of a radio audience that is encouraged by the cast to respond to applause signs and such. The cast interacts with the audience and joins in for a holiday sing-along before the broadcast begins. We watch live radio sound effects made as they would have been in studio. Actors take on multiple roles before our eyes, and impressively, each delivers an original performance that blessedly seeks never to imitate—nor even evoke—the iconic film performances we all know so well. The most versatile performance is Joe Dempsey playing Clarence the Angel and Potter the villain and having us buy both as if they are indeed two couldn’t-be-more-different characters.

Like the original short story that inspired it, the radio version itself is sleek and bleak. Brandon Dahlquist’s George Bailey can get as desperate as the story requires and we sink into the darkness right along with him. That makes his journey of self discovery that always being there for others may not have been what he had wished for nor planned on, but after experiencing the alternative, he wouldn’t trade the wonderful life he didn’t know he had for the world. Nor would we. Time and time again.