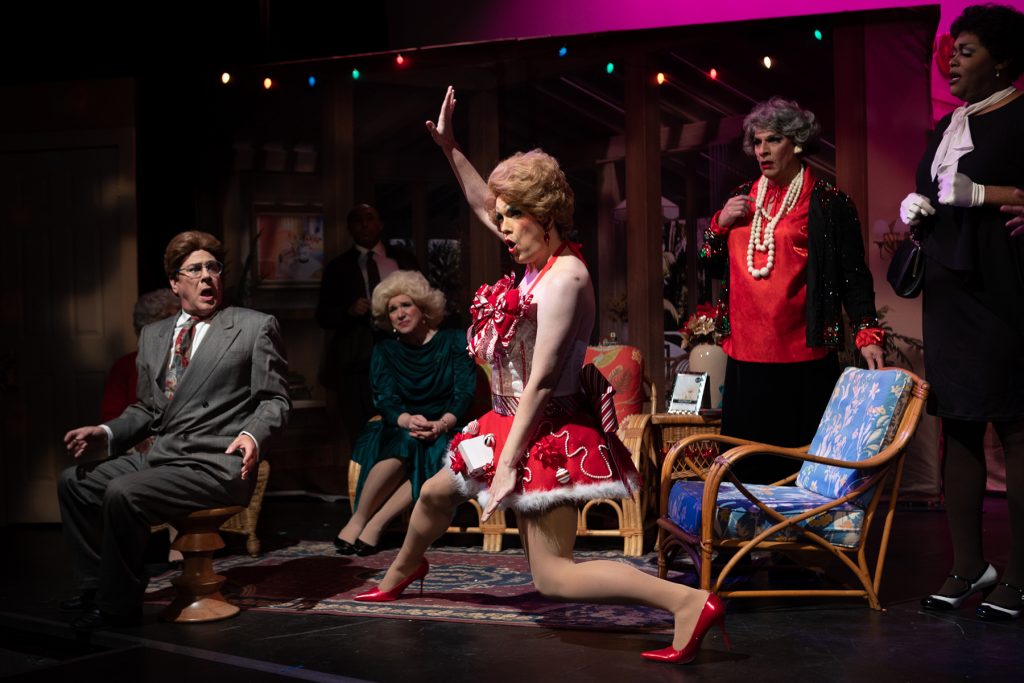 In 2021, the passing of Betty White marked the end of an era. She was the last member of “The Golden Girls,” a long-running television show about a foursome of feisty, mature women who charmed audiences with sarcastic zingers, naïveté and raunchy humor.

The actors are no longer with us, but that doesn’t mean that the characters can’t live on.

The premise is paper-thin. The Shady Pines Retirement Community is closing because of a shortage of funding, putting the Girls’ friend, Nancy Drew (Robert-Eric West) out on the street. The Girls lure Councilman Richard “Dick” Hardin to a party thrown in the beige-and-orange living room of their ranch-style home in the hope that they might change his mind about providing funding to Shady Pines.

The plot is boilerplate nineties sitcom. All the tropes are there: An estranged daughter reunites with her long-lost mother. They put on a talent show to stall for time. A character recovers from amnesia. There’s even a celebrity cameo by Bob Hope—kind of. 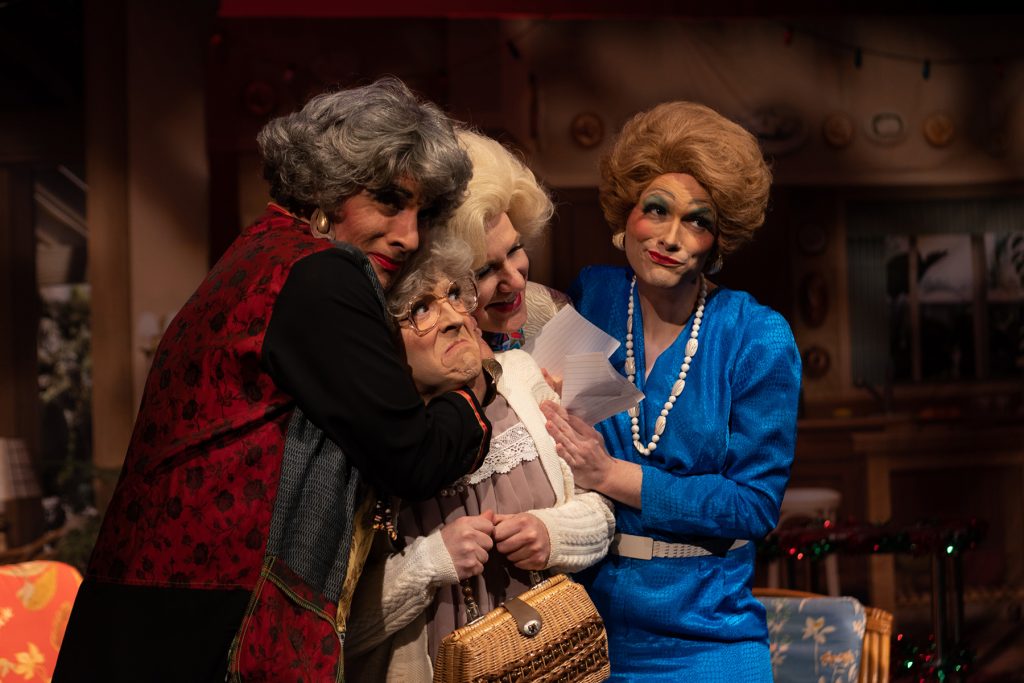 What makes the show a roaring good time is the high level of detail put into the characterizations of each Girl. Handbag has been presenting the “Lost Episodes” for five years and each actor has crafted their Girl to perfection.

Jones is so good at portraying Rose that there were audible gasps from the audience during the first (of many) stories of her beloved town of St. Olaf, Minnesota. Jones hits every Rose-ism: Sharp inhalations between sentences. Bashful circles of the head. Expressions of blinking bewilderment. The entire cast sets a high bar, and Jones jumps over it.

“Golden Girls: The Lost Episodes—The Obligatory Holiday Show” is nostalgia overload. The dialogue, with all its cheese and schmaltz, is incredibly faithful to the source material. Each character is so well-defined that they could be a stand-in for the real thing. From plot to pacing, this one checks all the boxes.

Although the original Girls are gone, it’s nice to know that the characters of Rose, Blanche, Dorothy and Sophia will continue to charm audiences, especially when they are treated as respectfully and passionately as they are in this production.

“The Golden Girls: The Lost Episodes—The Obligatory Holiday Show,” Hell in a Handbag Productions  in the Hoover-Leppen Theatrer at The Center on Halsted, 3656 North Halsted, handbagproductions.org. Through December 30.