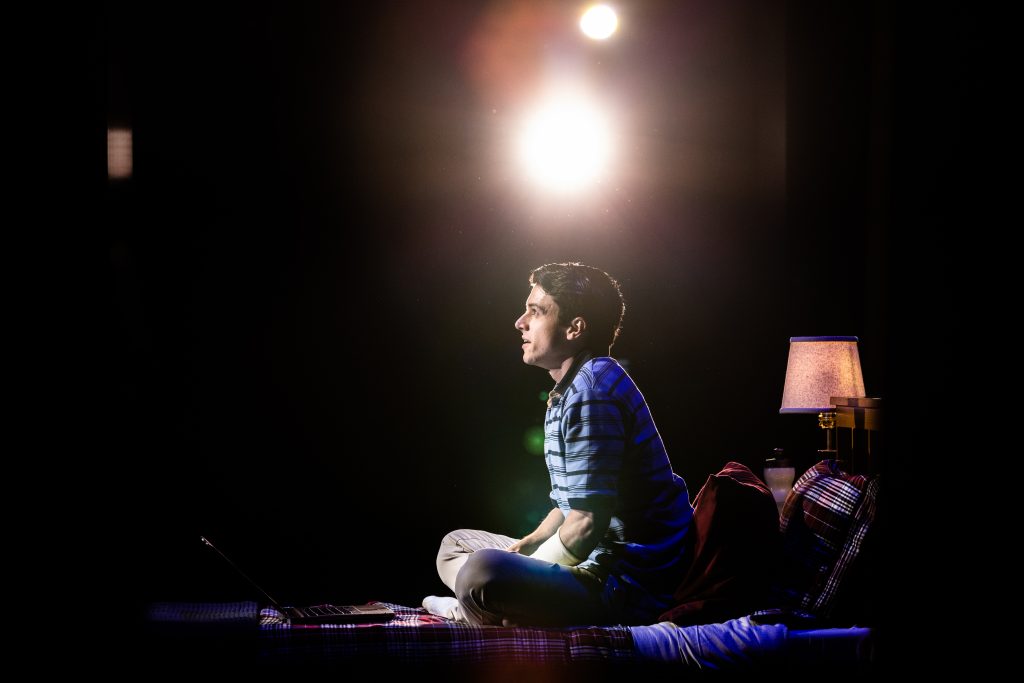 “Dear Evan Hansen” is not like any other musical you are likely to see. Its clever and well-crafted songs are upbeat, life-affirming and move the action forward as is the case with many musicals. But the characters inhabit a dark, post-millennial, pre-pandemic world where the narrative one can create, shape and spread instantaneously via social media becomes far more real than reality itself.

All of this is communicated through an extraordinary ensemble cast that sings beautifully, individually and collectively. They are accompanied by a small, onstage upper left chamber orchestra that is sometimes augmented by a haunting chorus of offstage voices.Evan Hansen (Anthony Norman) is a high school kid who is a Chauncey Gardiner-like character. He sees himself as invisible. He says little, he does little. He has no friends, merely a couple of acquaintances. He is an only child with a single working mom (Coleen Sexton) who has to remind him to eat when she’s out of the house. An analyst has given Evan the exercise of writing letters to himself in an effect to lift his mood. (We are never given specific details nor a diagnosis of Evan’s “condition.”)

The arm cast following a fall that has no signatures on it is a symbol of Evan’s loneliness. A bully at school (Nikhil Saboo) pushes Evan and mockingly signs his first name, “CONNOR,” across Evan’s entire cast after which he takes one of Evan’s letters. When that letter is found on Connor after he commits suicide, it is believed by Connor’s parents and the school principal to be a suicide note written by Connor to Evan. 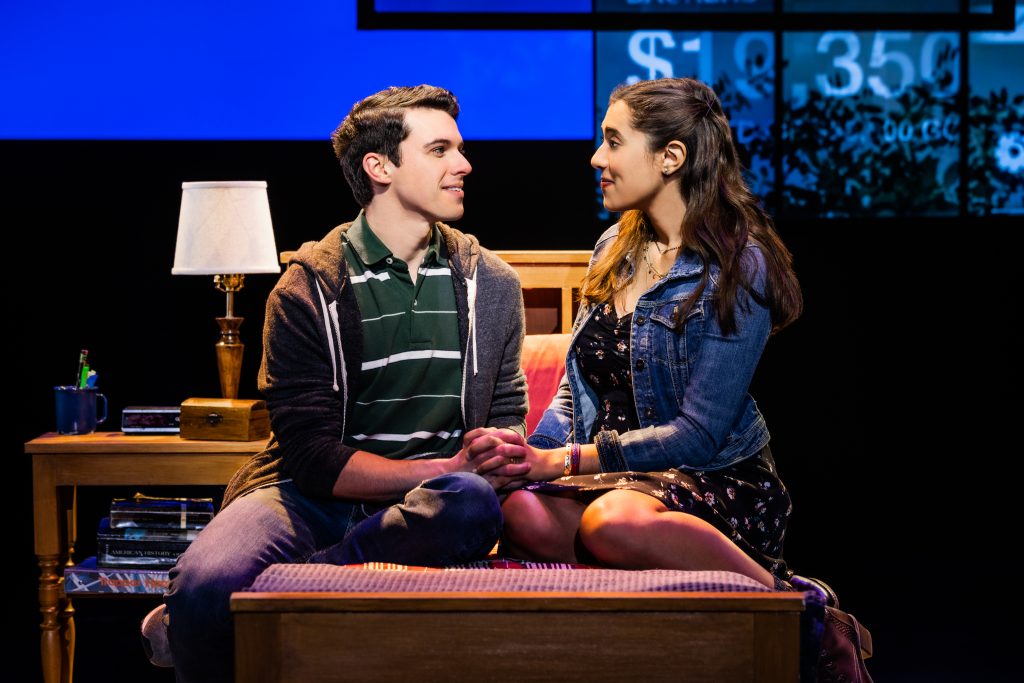 What follows is Evan getting attention and becoming popular because of a false narrative that he and Connor, who in reality had felt as invisible as Evan, had been secret best friends. Evan tells the parents what they want to hear and they become the family Evan has longed for. An acquaintance helps Evan create backdated emails between he and Connor. Connor himself—a ghost or in Evan’s mind?—gets involved. And we, the audience start to believe the false narrative that seemingly all around Evan are buying into, even Connor’s sister Zoe (Alaina Anderson) whom Evan has a crush on and who is now taking a romantic interest in him.

An isolated, invisible guy is suddenly a popular hero. Before we start to make any moral judgments about any of this, we are happy for Evan. We are part of the crowd that experiences Evan’s moving and made-up speech about Connor at a school assembly at the climax of Act I. The triumphant music tells us how to feel, much the same way we cheer “Evita” on while she is manipulating Argentine crowds from her balcony.

“Dear Evan Hansen” is every bit as manipulative, to be sure. And some are annoyed at this, choosing to take it all quite literally and want Evan to face a big comeuppance and severe consequences rather than take it all as the brilliant contemporary parable it is. Who is at fault here? Evan for lying or the world around him for only thinking he matters once he does?