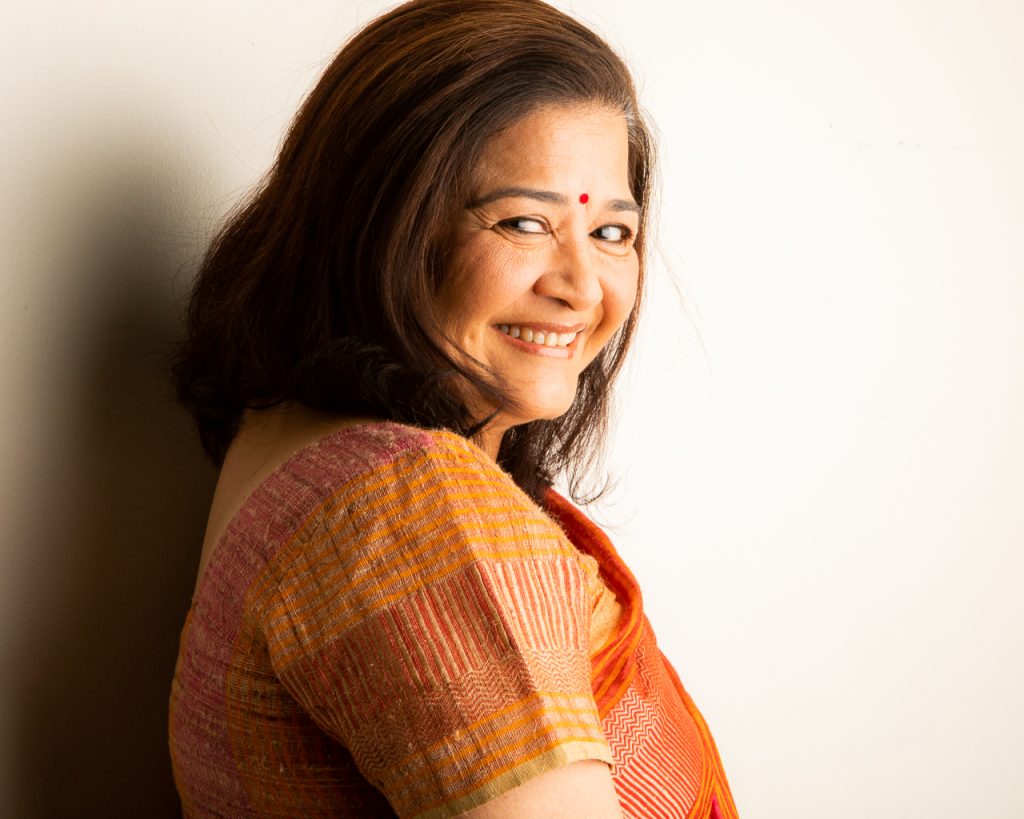 50
Pranita Nayar
Choreographer, Producer, Dancer and Executive Artistic Director, Mandala South Asian Performing Arts
Pranita Nayar, the founder of Mandala South Asian Performing Arts, has been raising the profile of South Asian arts and artists in Chicago for years, teaching, presenting and choreographing work that bridges contemporary dance and traditional forms, including the Bharatanatyam style in which she specializes. Last year, Nayar’s “Diwali: The Story of Ram,” an evening-length adaptation of Hindu lore, played at the Harris Theater. But Nayar didn’t see the Loop as Mandala’s natural home. In 2022, she moved the organization’s central operations to Devon Avenue—the heart of South Asian culture in Chicago and the state of Illinois. What better place to set the Mandala Makers Festival, an annual multi-venue fest founded by Nayar that has featured work by local, national and international artists ranging from Hindustani classical music to contemporary pop to Bollywood drag. (Sharon Hoyer) 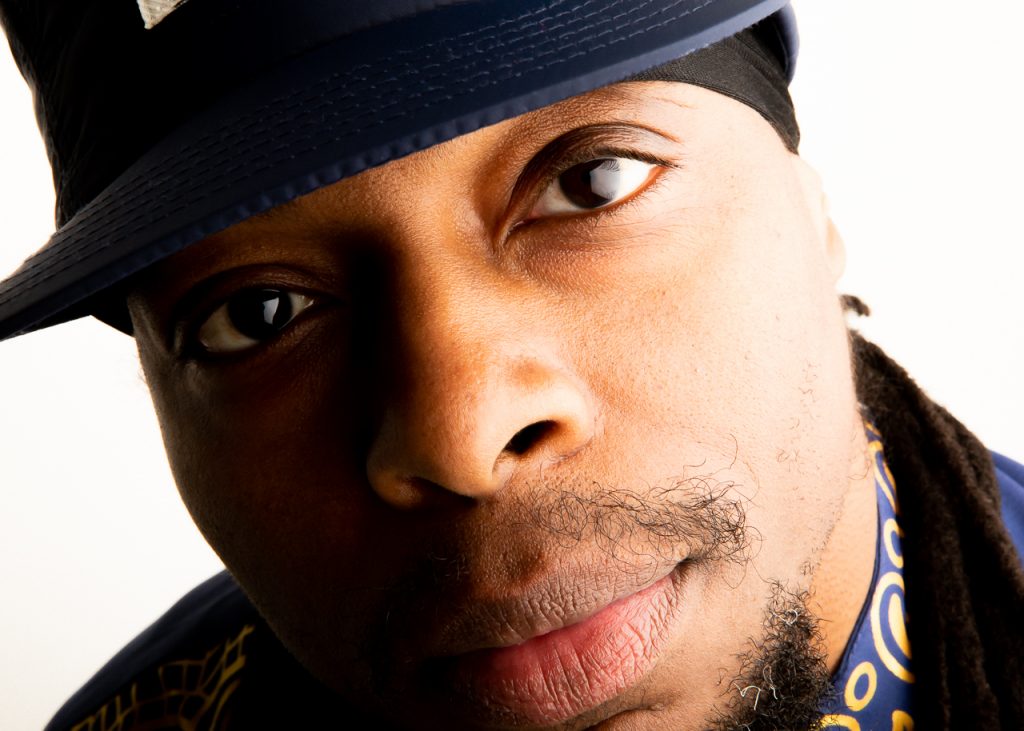 48
Daniel “BRAVEMONK” Haywood
Dancer, Choreographer and Co-Founder, BraveSoul Movement
The co-founder of BraveSoul Movement has, alongside his longtime creative partner Kelsa “K-Soul” Robinson, become a statesman of street dance in Chicago. “Rosina: Remixed!,” their “hip-hopera” with Chicago Fringe Opera inspired by “The Barber of Seville,” came for a second iteration at Pivot Arts Festival last year and their collaboration with krump collective ChiBuck Movement was featured in Elevate Chicago Dance Festival’s program at the Cultural Center. BraveSoul strives to “develop the divine” through their movement mix of hip-hop, house, martial arts and improvisation. The good vibes resonate through a short film by Stampede X Films shot in and around Green Dolphin Street. (Sharon Hoyer) 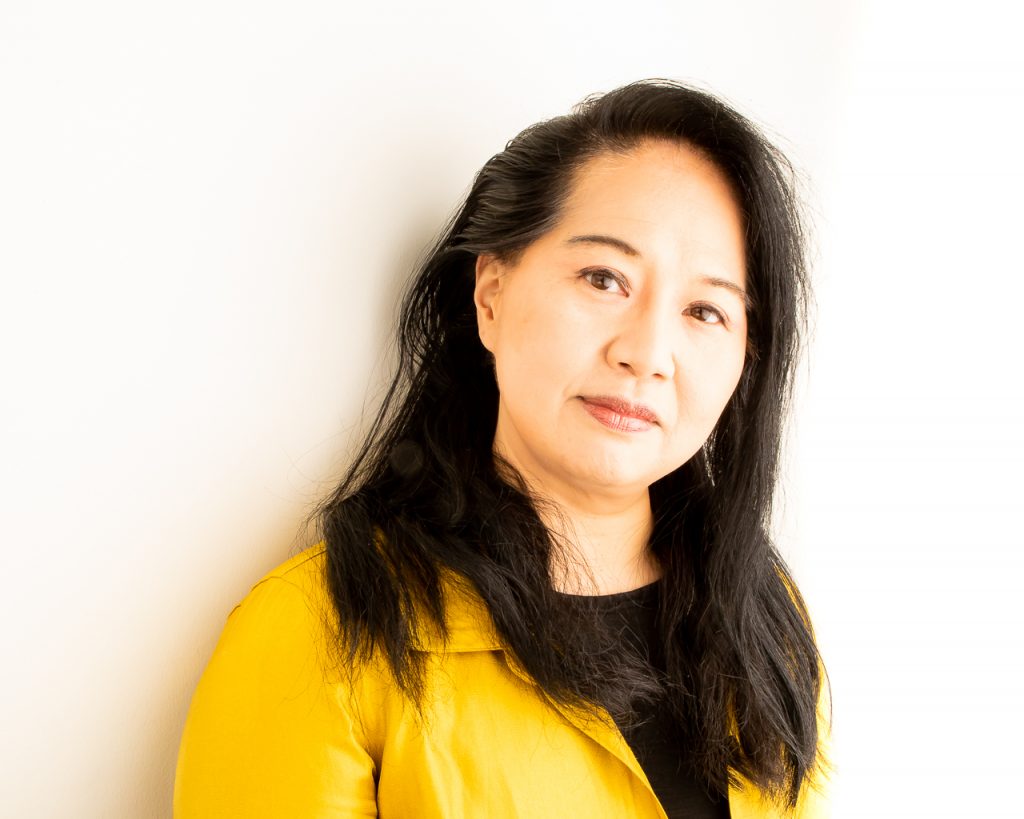 43
Rika Lin (a.k.a. Yoshinojo Fujima)
Choreographer, Dancer, Producer and Curator
One might find it ironic that a Grandmaster of Fujima-style Japanese classical dance is at the forefront of new technology in Chicago’s performance scene. But for Rika Lin, the idea of making a dance for an Oculus VR headset was a matter of pandemic practicality and, to some extent, inevitability. “Genres and disciplines are mixing and melding,” she says. “It’s our responsibility to make it a good outcome.” Lin’s “Kuromaki E{m}Urge #ChooseYourReality,” which gives attendees the option of rage or acceptance as their viewing reality, was shown as a work-in-progress at last year’s Elevate Chicago Dance festival. The long game is to make “E{m}urge” available to anyone with an Oculus headset. While Lin navigates the very IRL red tape of distribution in the metaverse, she will be developing works and boundary-bending collaborations as a 2023 Links Hall Co-MISSION fellowship artist and continuing her longstanding creative relationships as a member of Asian Improv aRts Midwest. (Sharon Hoyer) 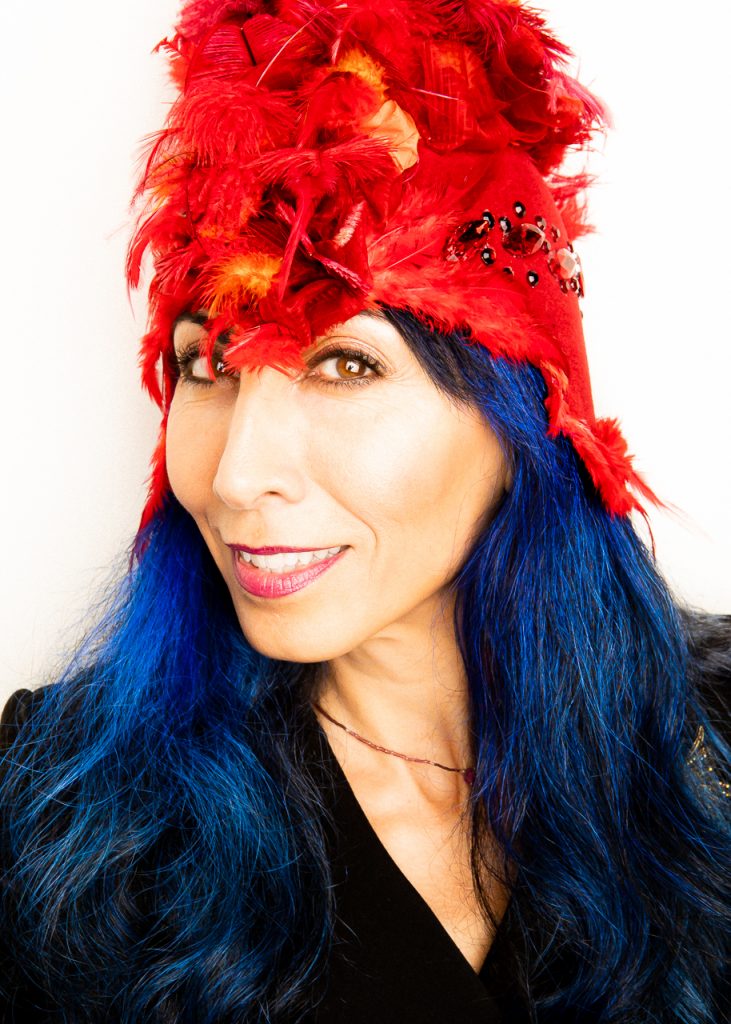 39
Nejla Yatkin
Choreographer and Dancer
Myth and mysticism saturate the hypnotic solo dances of Nejla Yatkin. The German-Armenian priestess of dance has taken many forms in recent years: as a masked, arachnid-like enchantress of the gloaming in “The Other Witch” in 2020; as a resplendent Firebird that emerged with a surprise benediction for visitors of eighteen city parks last spring; as a guide through the cyclical nature of time symbolized by the ouroboros in “A Dance Without A Name” at Links Hall and Ragdale last summer. Tall and powerful yet fluid and subtle, Yatkin captivates with a gesture of an endless arm or a look beneath arched brows: the rare artist who has deep wells of technical excellence, internal reflection, cultural richness, and maturity to draw from. On that last note—Yatkin’s current project, “A Dance For A Time Being,” is a collaboration with six dancers over the age of sixty from multiple backgrounds and ethnicities, each performing in a location that is meaningful to them. The solos will be captured in short films by Yatkin’s longtime collaborator Enki Andrews and, ultimately, transformed into augmented reality clips available on demand via QR code at each site. (Sharon Hoyer) 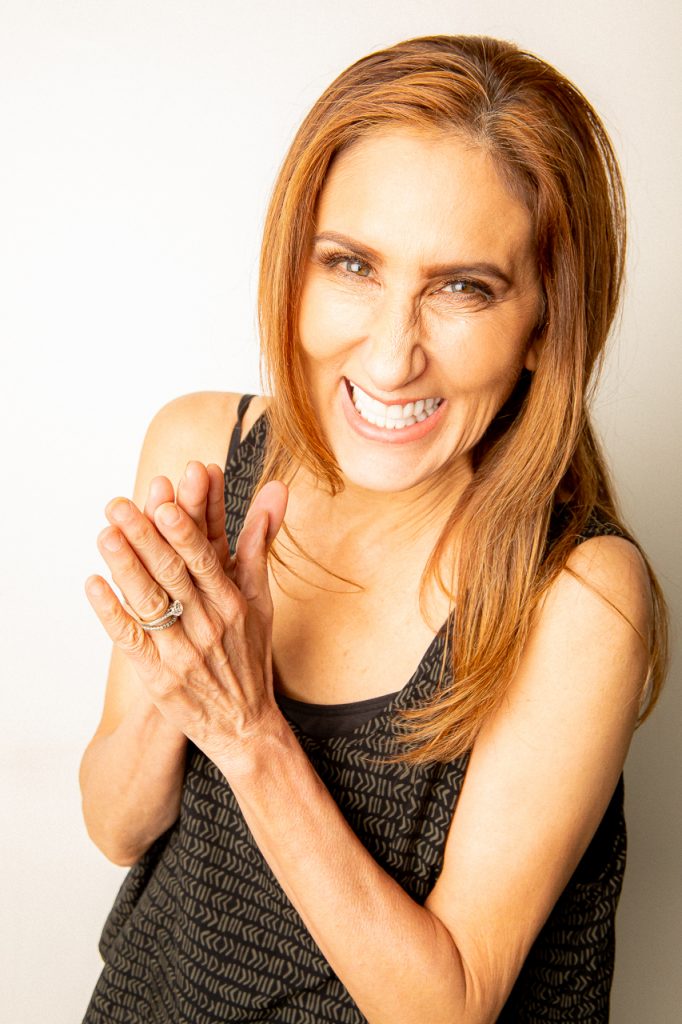 32
Stephanie Martinez
Choreographer and Founder/Artistic Director, PARA.MAR Dance Theatre
In 2020, a year when many dance artists hit pause, choreographer Stephanie Martinez performed a miracle: launching a brand-new contemporary ballet company that dazzled reviewers and drew national nods out of the gate. Martinez’s PARA.MAR Dance Theatre, comprised of a diverse and technically excellent ensemble, was named as part of Dance Magazine’s Top 25 to Watch in 2022. A monumental feat, but perhaps no surprise: Martinez has a decade of high-profile commissions on her lengthy curriculum vitae. She was the first woman of color to choreograph for the Joffrey Ballet and has made dances for BalletX, Tulsa Ballet II, Cincinnati Ballet and Milwaukee Ballet. She received a grant from Dance/USA to create a new piece for Sacramento Ballet and is set to create works for the Lyric Opera, American Repertory Ballet, and Oklahoma City Ballet, as well as take her company to residencies at Hope College and Ragdale Foundation in 2023. (Sharon Hoyer) 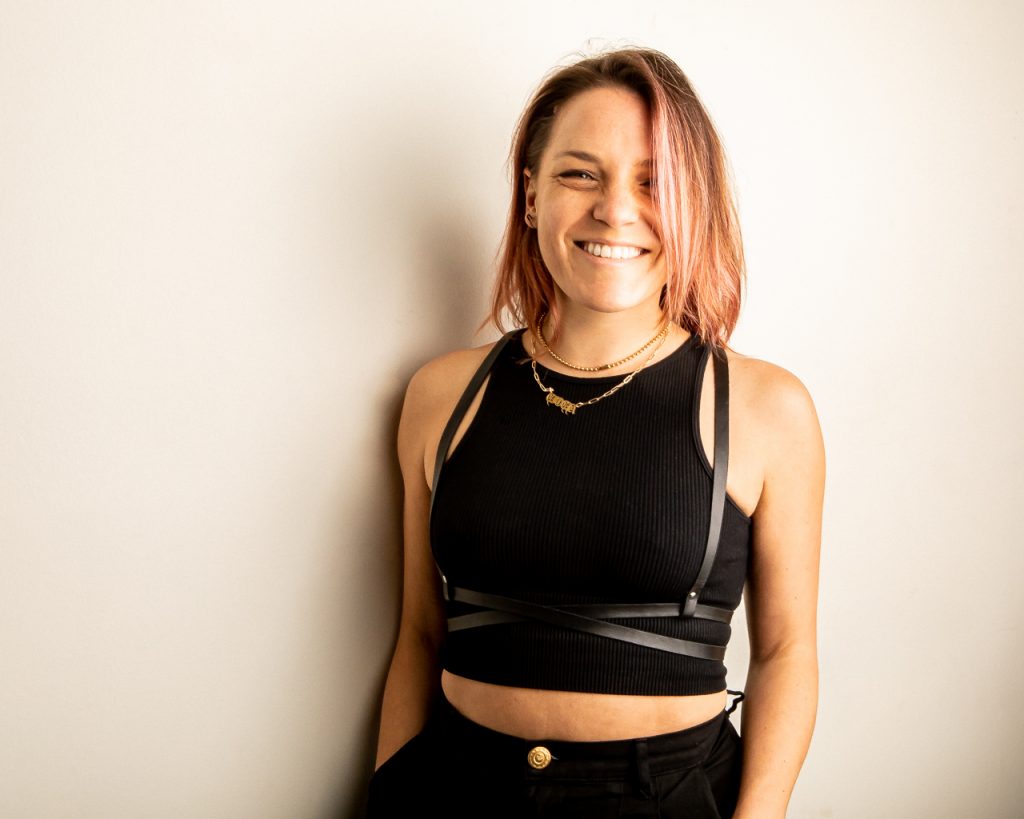 25
Erin Kilmurray
Director/Choreographer, The Fly Honey Show and Dancer
Erin Kilmurray is a self-described promoter of the underground and underdog, and they couldn’t ask for a fiercer “Queen.” The founder of The Fly Honey Show and the ever-growing, more glittery hive of Honeys take larger and larger venues by storm: In 2022 The Fly Honey Show sold out Thalia Hall twice, proving the queer-and-femme-led cabaret spectacular truly is the show “for everybody, no matter the body.” Kilmurray is sought after outside her work with the Honeys: She was commissioned by Visceral Dance Chicago to make a solo for their annual “Solus” show, was one of three artists selected to present new work in the MCA’s inaugural “Chicago Performs” festival last year, and joined the Northwestern University’s dance department faculty—her ass-kicking, DIY party aesthetic now having fully infiltrated institution and academy alike. Kilmurray is a Links Hall Co-MISSION fellow working on a duet with fellow badass Kara Brody. (Sharon Hoyer) 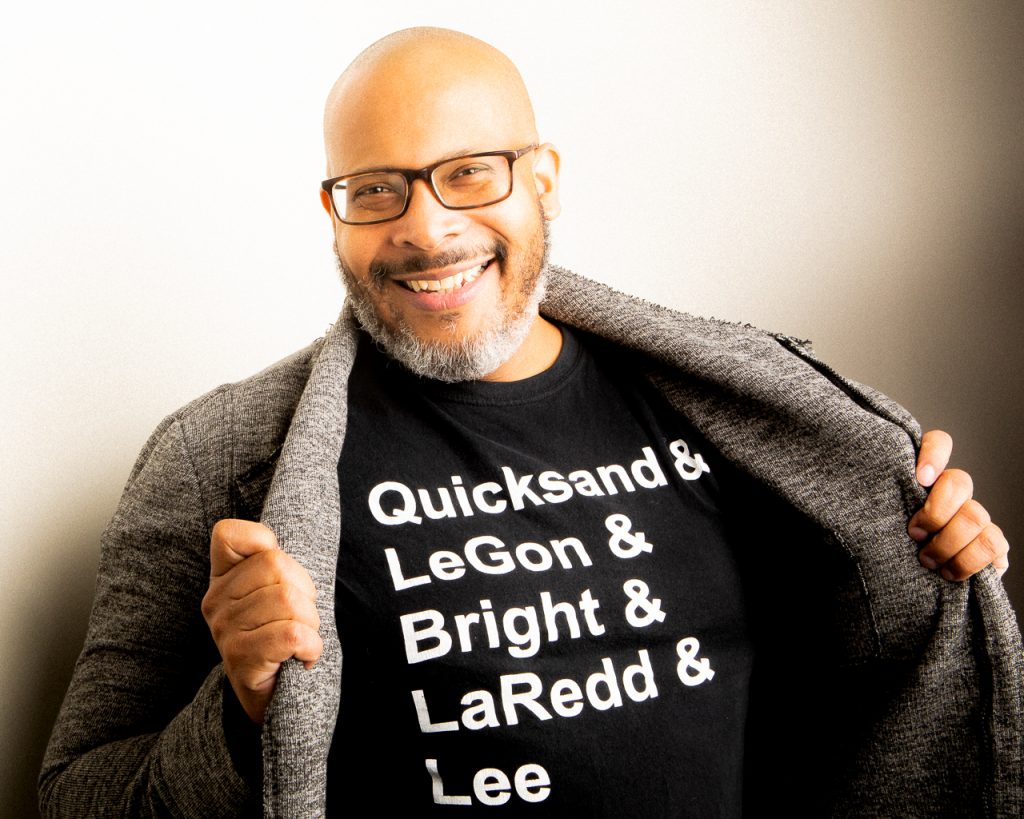 22
Bril Barrett
Tap Dancer, Choreographer and Founder/Artistic Director, M.A.D.D. Rhythms
The founder and artistic director of M.A.D.D. Rhythms knows firsthand that art has the power to save lives, and he has dedicated his twenty-two-year-old company, Making a Difference Dancing (or M.A.D.D. Rhythms), to providing an alternative to the “schools-to-prison pipeline.” Youth work study programs at M.A.D.D. Rhythms—rebooting this year as the pandemic wanes—give ninety young tap dancers the chance to study and perform nationally and abroad each year. Barrett also serves as director of the annual Tap Summit, and last year collaborated with Chicago Tap Theatre to form the Chicago Tap All-Stars—a collective gesture of unity in Chicago’s tap community. Barrett’s longtime contributions to the American art form have gotten notice, as he is a 2022 Meier Achievement Award recipient and will be honored at the DC Tap Fest in 2023. This year, he will restage his 2018 show dedicated to the music of Nina Simone at M.A.D.D. Rhythms HQ in the Harold Washington Cultural Center. (Sharon Hoyer) 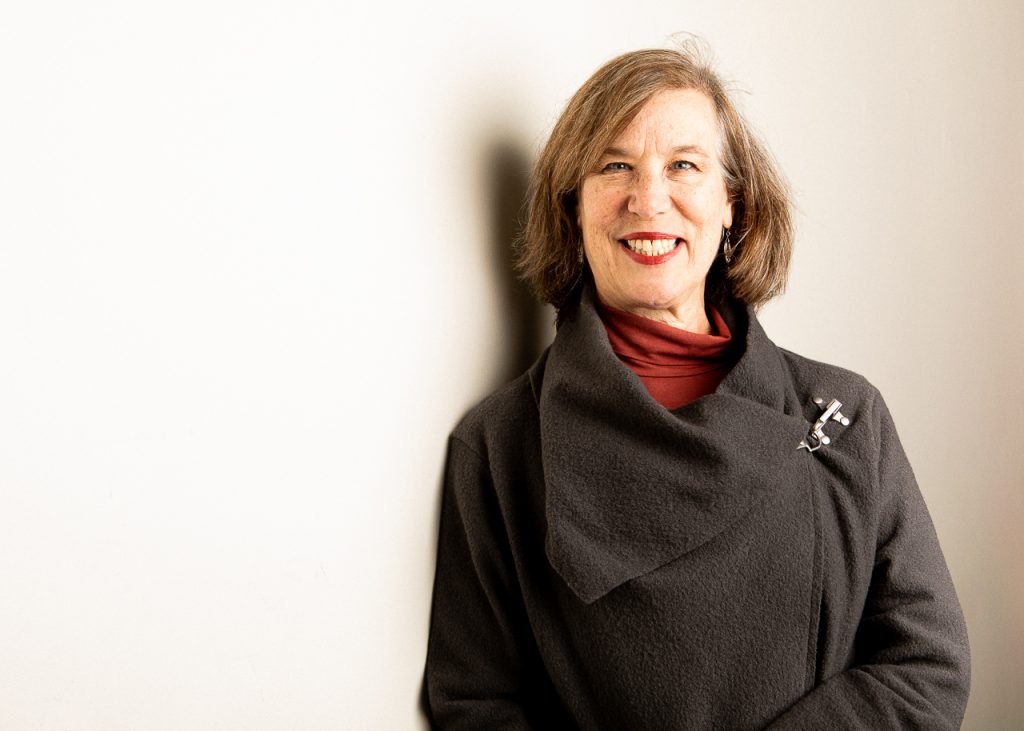 13
Winifred Haun
Choreographer and Artistic Director, Winifred Haun & Dancers
The start to the twenties have been beyond rough for everyone in the performing arts, but Winifred Haun quietly persevered, continuing to make new work and presenting distanced, outdoor performances with her Oak Park-based modern-contemporary dance company throughout the pandemic. And her resilience has paid off: Haun was selected last year for a 3Arts Award, a $30,000, no-strings grant given each year to ten women artists, artists of color and disabled artists. What better way to ring in Winifred Haun & Dancers twenty-fifth anniversary season? Haun’s company kicked off their “moonstone” season last fall at the Athenaeum Center for Arts and Culture and is slated to present a collection of new short works at Links Hall in the spring. Haun & Dancers also returns to Unity Temple in May, as part of their ongoing performance series at the stunning Frank Lloyd Wright-designed Unitarian Universalist church. (Sharon Hoyer) 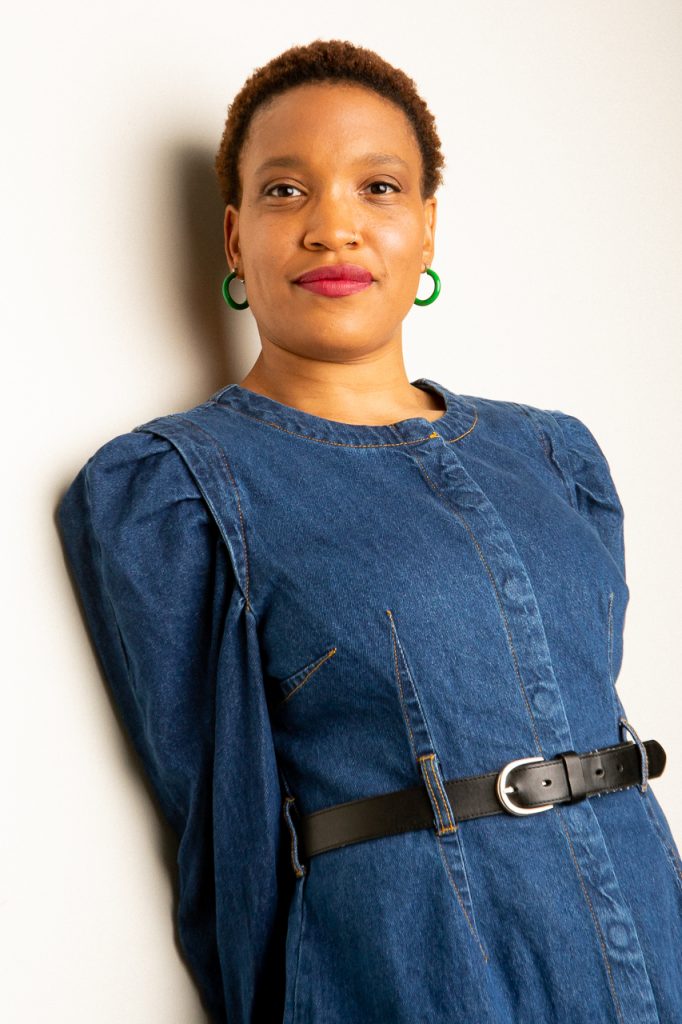 Newcity Featured Dance Player
Meteoric is too mild a word for the rise of Kia Smith and South Chicago Dance Theatre. A fleet of rocket emojis seems more descriptive. In 2022, the ambitious, exuberant Smith had her young company close out its fifth season at the Harris Theater and sold out the house. The program was comprised exclusively of new work from respected and rising Chicago choreographers—Smith, Stephanie Martinez, Wade Schaaf, Ron de Jesus and Crystal Michelle Perkins—proving that local talent can indeed put butts in the seats, and a South Side company can play to win in the major leagues.

But it wasn’t the first time SCDT performed at the Harris. Smith has been choreographing for Music of the Baroque, a collaboration that has yielded fruitful audience cross-pollination. Audiences all over the city had plentiful opportunities to encounter SCDT this last year: At Mana Contemporary in Elevate Chicago Dance, at the Ruth Page Center in Harvest Contemporary Dance Festival, at the Mayfair Arts Center for the North Side, South Side, One Side Festival. “During the pandemic, we didn’t stop and kept working virtually,” Smith says. “It was our third season and we couldn’t afford to take a break. It was hard for me to keep going because I was mostly alone. It’s been so rewarding having all these live shows.”

Smith and SCDT are riding the momentum to their Auditorium Theatre debut in 2023 with a new piece by Smith, “Memoirs of Jazz in the Alley.” The prolific Smith has a stack of choreographic commissions for other companies this year as well—notably for Houston Contemporary in January and Giordano Dance Chicago in the spring. She will also be assistant directing at Chautauqua Opera Company in upstate New York. Smith says she’d like to direct an opera someday. (Sharon Hoyer)

The Hall of Fame
*= new this year