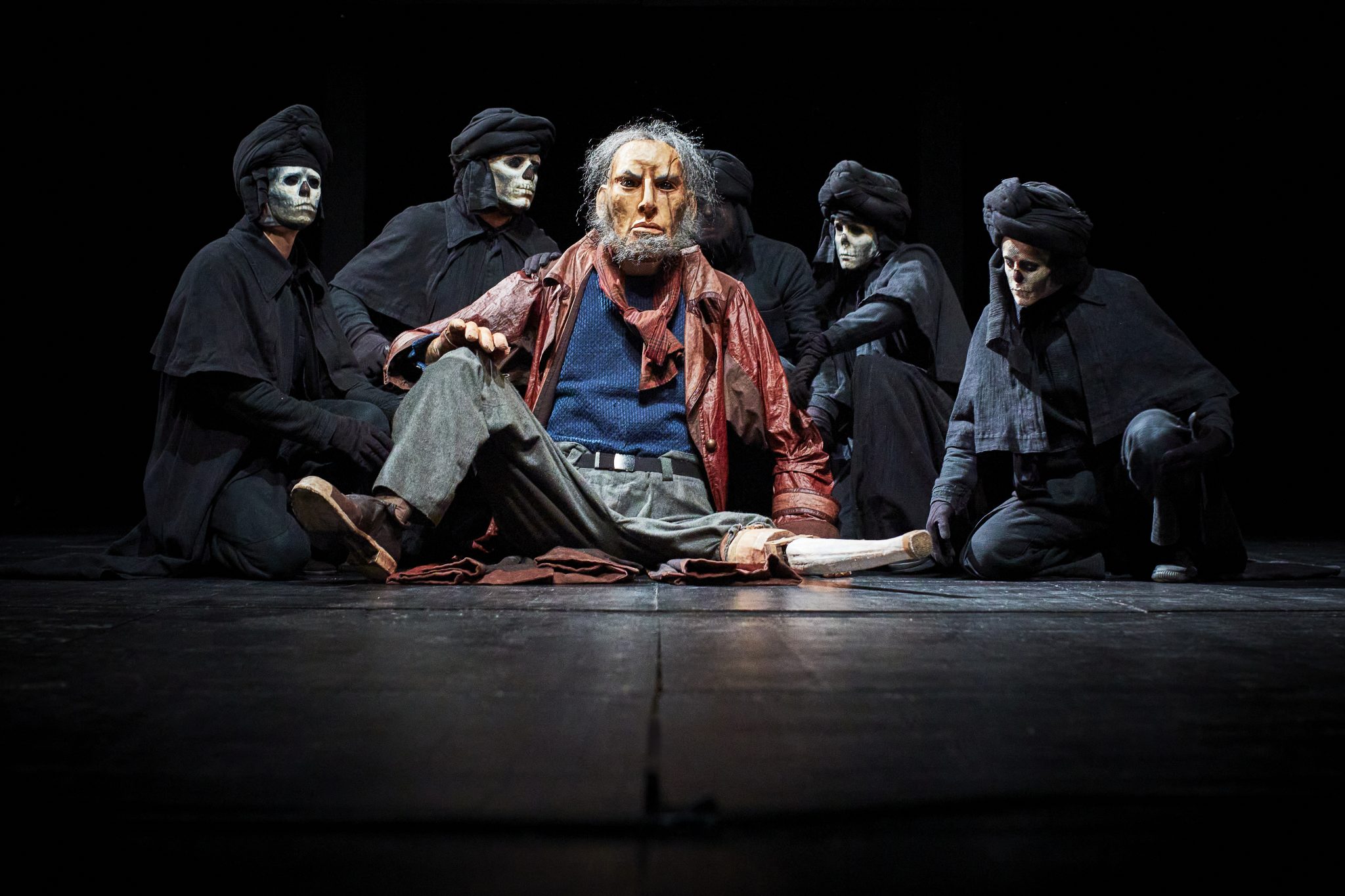 The Chicago International Puppet Theater Festival is back, ready, as its tagline goes, to astonish and delight—and prove, once again, that the players with the greatest emotional range are often not made of flesh and bone. The festival—the only one of its kind in the United States—is in its fifth edition and has already put Chicago on the map as a destination for the most inventive live performance on the planet. Time Out once dubbed Blair Thomas, the fest’s founder and artistic director, Chicago’s unofficial puppeteer-general. Thomas has since risen to secretary of state, inviting artists from South Africa, Indonesia, France, Canada, the Czech Republic and Brazil to perform alongside local and U.S. puppeteers. And now Thomas is facilitating the creation of States-based touring companies so that international acts can reach audiences across our country while minimizing cost and carbon footprint.

I spoke with Thomas about this year’s festival, which will run January 18-29 at venues across the city. In his enthusiasm, Thomas made mention of every show on the extensive lineup. While there isn’t room to list them all, excerpts of our conversation are below.

It’s exciting the festival is now annual. It makes Chicago a global capital of puppetry.

Well, there’s definitely notice from people around the world. I was just in Denmark and other presenters know about our festival. We’ve made a mark, and that’s exciting.

Due to travel restrictions, last year’s festival had only U.S. artists. That program was so exceptional, I wonder if having a global pool to draw from makes it more difficult to curate. 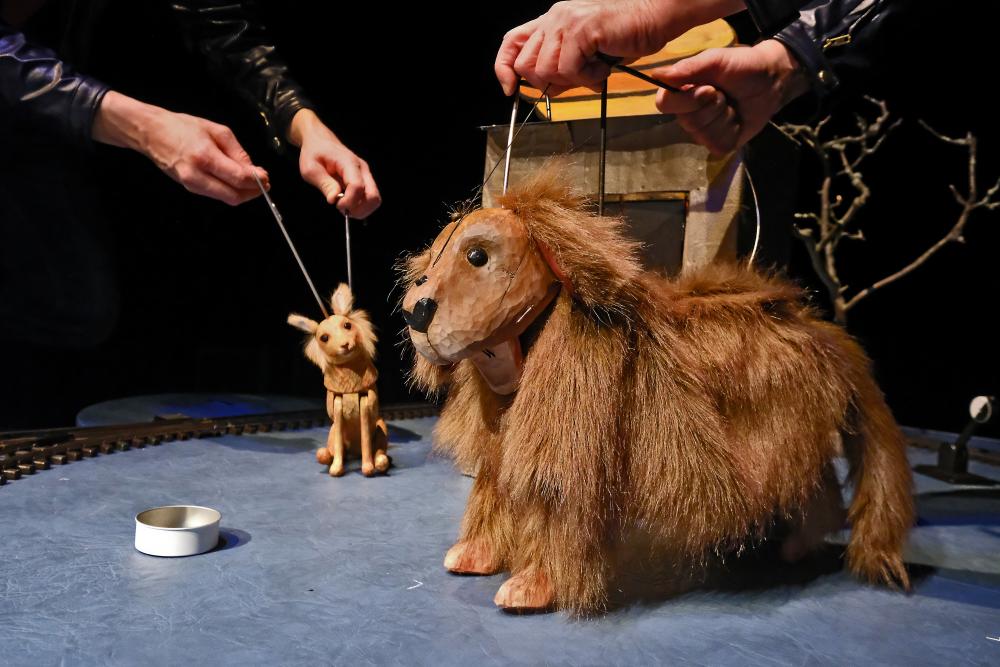 To me, the curation is easy. The difficulty is the logistics. You want that company from Indonesia? Look at the hoops you have to jump through. A fellow presenter in Finland heard what you have to do to get an artist into the U.S. and he was like, “Wow, I always thought it was an open country, but it’s not. It’s like a dictatorship in how it functions.” And it’s true. The amount of justification that this company is deserving to be presented here is astounding. It’s a censorship that prevents work from coming into our country. We have to spend considerable amount of time, energy and money to secure these visas—and who has the resources to do it? That’s why it’s not happening. That’s always a challenge. But we recognize it and it’s not new. You just have to go at it.

Last year a global shipping snag held up Basil Twist’s “Dogugaeshi” on a boat, so I’m excited to see it’s on the program this year. And you’re more than making up for it with a Basil Twist mini-fest-within-a-fest?

Basil made puppets for the Joffrey “Nutcracker,” but his company hasn’t performed within the city limits. He’s a national treasure. Dogugaeshi is an obscure form [from Japan] that uses exclusively moving screens. And Basil can make that a performance. And then there’s a film of his performance of “Symphonie Fantastique” done entirely with scarves in a giant tank. This is our first time projecting a film as part of the festival. There’s also an exhibit of Basil’s puppetry at the Fine Arts Building, which serves as a hub this year.

Also at the Studebaker Theater in the Fine Arts Building will be “Moby Dick” by Plexus Polaire—this company is stunning. And people who know my work know I’ve been obsessed with “Moby Dick.” Yngvild Aspeli, the director, is a real genius of puppetry and her grandfather was a whaler from Norway.

Our own heroes, Manual Cinema, are bringing back their “Frankenstein,” one of their masterpieces, to the Studebaker. New this year we have four exhibits open to the public at the Fine Arts Building, and we’ll have a pop-up café by Spoke and Bird in our studio. There’s a lot of activity happening in the Fine Arts Building. And then we’re at ten to twelve venues around the city.

This year’s festival brings back the in-person symposiums, too.

The symposiums will be the Saturday mornings of the festival and panel discussions will take place in the afternoons. Paulette Richards, a puppet scholar from Atlanta, and I assembled the panels with different focuses: One considers the extension of the puppeteer’s body to the object itself. Another looks at how you take a grand narrative and bring it down to a small form. Or the notion of how we use illusion and how metaphor relates to that. It’s a great way for artists from around the world to sit in the same room and discuss these ideas.

Many of the shows this year are inspired by great works of literature. Was this an intentional theme or coincidental?

It was coincidental. I think we have nine pieces that are adaptations of literary works. None of them are going to be traditional. La Fille du Laitier from Canada does a wordless adaptation of “Macbeth” with object theater on a tabletop. And “Hamlet” by Janni Younge from South Africa has an all-Black African cast working with puppet heads and masks she designed. Janni has used a reduction of the text, [taking] “Hamlet” down to an hour and twenty minutes.

Théâtre de L’Entrouvert made an adaptation of a Belgian novel called “Oedipus on the Road.” It’s a tale of Oedipus’ final journey with his daughter Antigone. This performance, entitled “Anywhere,” has a single person onstage playing Antigone and Oedipus is represented by a puppet made entirely of ice. It’s a beautifully manipulated marionette. Antigone losing her father is depicted by this puppet literally melting before you. It’s a show to see; I can describe it to you, but to witness it in the theater is something entirely different. It allows puppetry to do what no other art form can achieve.