Around the corner, an ominous presence lurks in the shadows, ready to strike. One day, no matter what you do, you will be forced to come face to face with… turning thirty!

Existential dread drives the story of “tick, tick…BOOM!,” presented by Boho Theatre and directed by Bo Frazier with music direction by Harper Caruso. The work is a semi-autobiographical account of the life of its creator, Jonathan Larson, set between two major life events, the flop of his 1984 show “Superbia” and the success of his posthumous smash hit, “Rent.” Light beams of turquoise and magenta hang in the haze-filled air, illuminating a scene resembling a rock concert—towering scaffolds and stacked black crates framing a raised central platform atop of which sits a band of three musicians (drums are off to the side). A guitar and ukulele hang on either side, and the actors occasionally supplement the music with additional instrument playing.

The show moves at a breakneck pace. In the opening number, Jonathan (Alec Phan), in the number “30/90” mounts the band’s platform, passionately laying out a plethora of fears at turning thirty—”Can’t fight it, like taxes. At least it happens only once in your life!” Jonathan is joined by the only other actors—Michael (Crystal Claros), Jonathan’s roommate and childhood friend and Susan (Luke Halpern), Jonathan’s girlfriend.

Other characters—Jonathan’s parents, random businessmen, a new love interest—are taken on by the actors and band, making this a very efficient production. The tight ninety-minute show with no intermission is a marathon that goes by in a blur. One minute, you’re laughing at the satirical jabs at weekend brunchgoers in the song “Sunday,” the next you’re fighting back tears as Jonathan explores his existential grief in “Why,” then your spirit is lifted by the rousing closer, “Louder Than Words.”

Both Susan and Michael attempt to pull Jonathan away from his dream of becoming a composer and playwright of musicals. Michael, suave and sophisticated, gave up the acting business years ago, choosing instead to join a prestigious marketing firm, and tries to entice Jonathan to do the same with the allure of designer clothes and a nicer apartment. In the haunting song, “Real Life,” Michael asks, “What more could you want?” 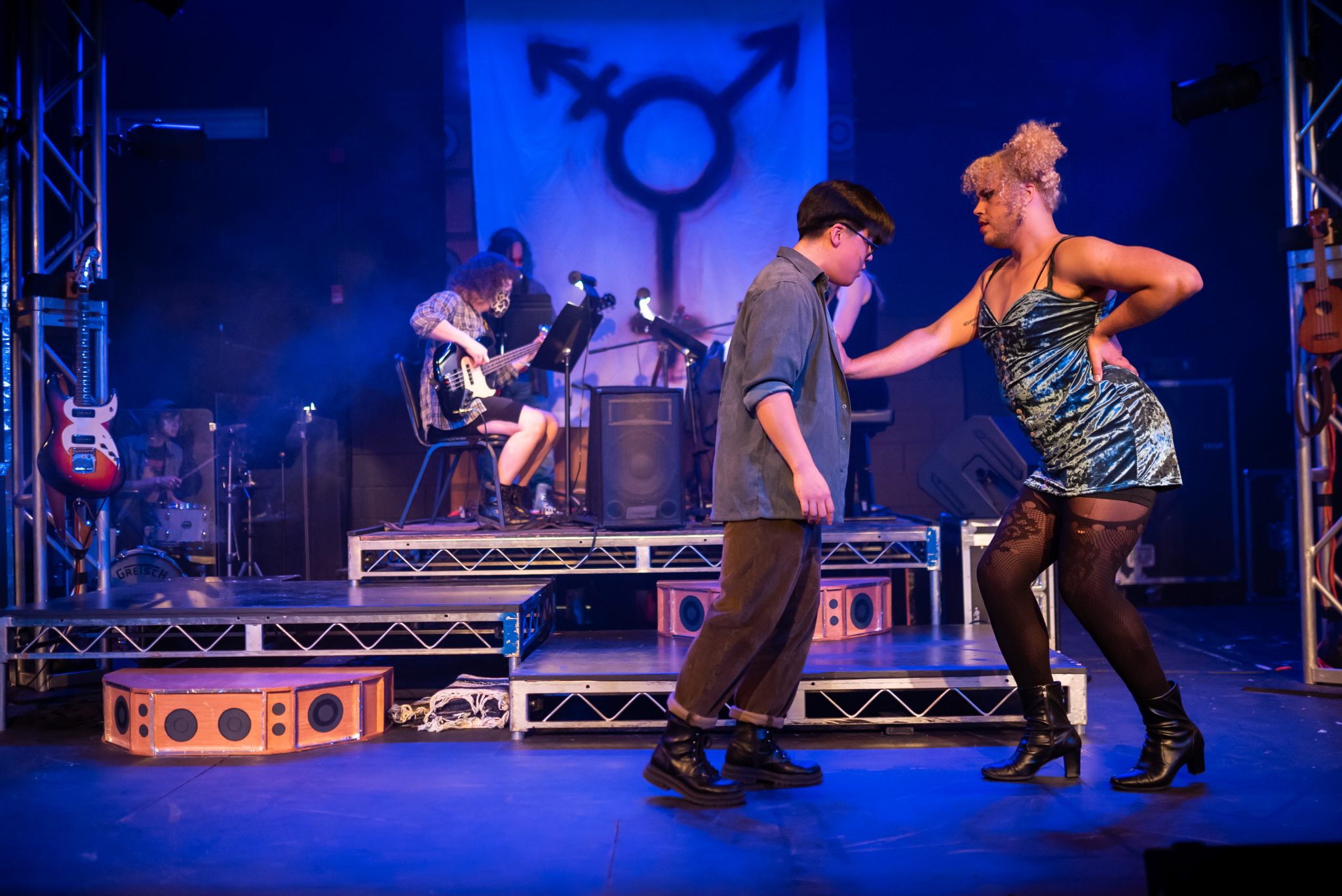 Susan, coquettish in a tight skirt and curly hair tied into two pom-pom buns, is a dancer seeking work outside the city and implores Jonathan to come with them. But Jonathan wonders, how could an artist with aspirations for Broadway live outside of New York City?

A tough decision, either scenario would dash Jonathan’s dreams of fame and recognition. But time is running out! Plagued by a nagging daemon in the form of an incessant ticking that only they can hear, Jonathan asks, “What if you’ve turned thirty and nothing’s changed?”

Any faults found in the production are minor. Sometimes the band is a little too soft and it seems like the singers themselves have a hard time hearing the music. Compared to many Chicago music venues, however, that seem to hire sound technicians who lost their hearing years ago, I’d also rather err on the side of eardrum safety.

“tick, tick…BOOM!” is onomatopoetic, itself like a sustained explosion, or a well-planned program of fireworks. Just as one explosive moment rises to its climax, another is rising right behind. If you like high-energy, metaphysical ponderings and a rockin’ soundtrack, then get ready to be blown away!