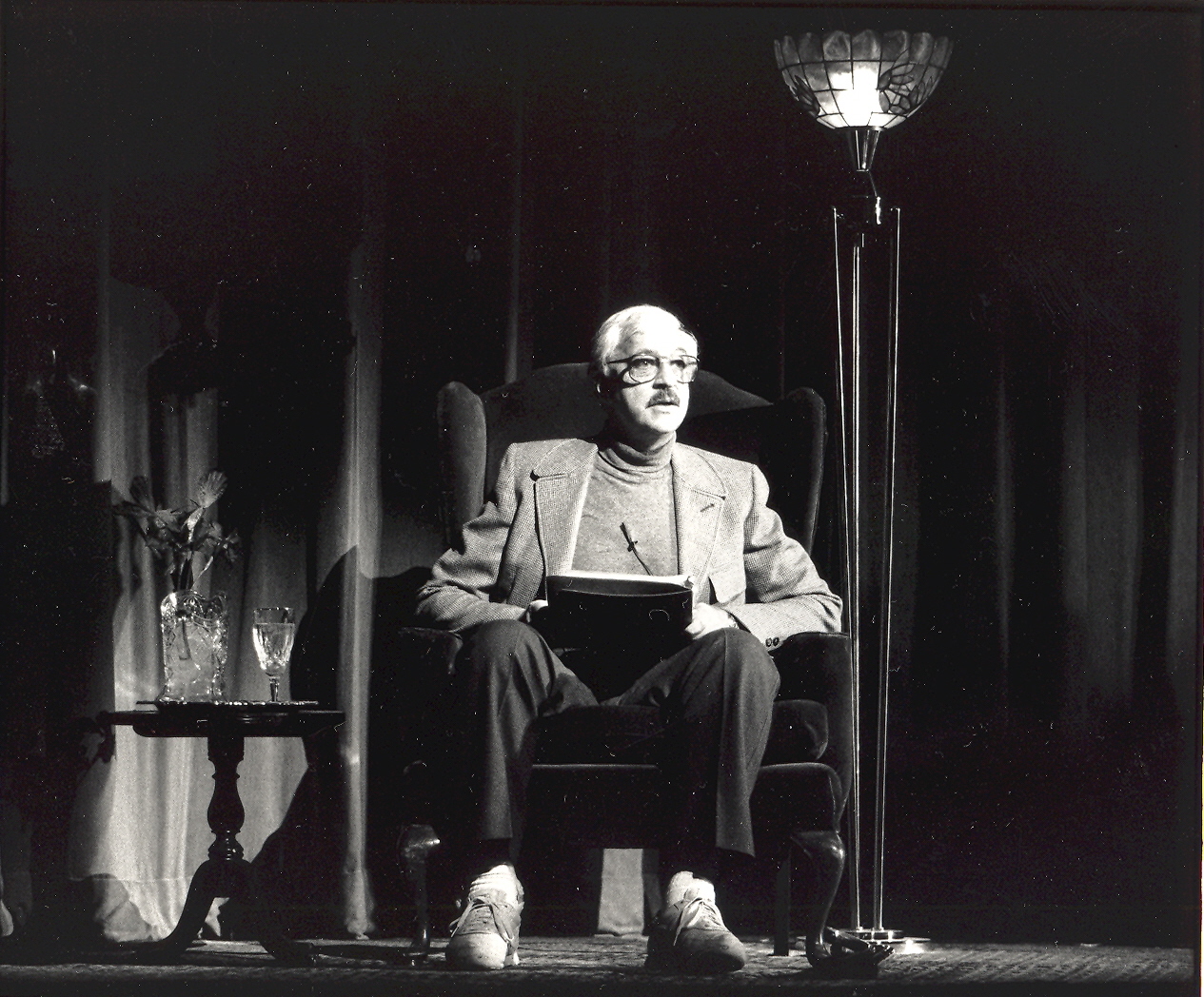 Five decades ago, Chicago Opera Theater began as a handful of vocal students under company founder Alan Stone. The Chicago Opera Studio, as it was then called, was formed by Stone to give his students actual performance practice and experience.

“I was an opera coach with no intentions of starting an opera company,” Stone told me in 1988. “I wanted something that was somewhere between an opera workshop and a professional company, so I borrowed the term ‘studio’ from Actors Studio.”

Stone’s decision to present operas in English was a considerable break with convention back in 1973. “Lyric Opera was presenting operas in their original languages with no English supertitles,” recalled Stone. “I didn’t want to be perceived as a ‘Little Lyric’—a small, carbon-copy opera company minus big-name opera stars, famous conductors and directors, fabulous sets, et al.” Stone had studied and lived in Milan in the late 1950s where, as was routine in Europe, every opera was presented in the local vernacular. “People were mesmerized and totally involved because they understood what was going on.”

The company’s first production, Mozart’s “Così fan tutte,” opened at the Jones Commercial High School auditorium on April 26, 1974, running for six performances to considerable critical and public acclaim. Chicago Opera Studio expanded in 1976 to two annual productions and began its signature commitment to twentieth-century opera by presenting Virgil Thomson’s “The Mother of Us All” (libretto by Gertrude Stein), which was televised by WTTW.

The year 1978 saw the company’s move to the larger and more acoustically replete Athenaeum Theatre, as well a name change. “By then, the company’s title seemed a little unkind to us,” admitted Stone, “and not quite strong enough to represent how much we had grown. Chicago Opera Theater emphasized that no matter how light and trivial some of the plots may seem, opera is still theater. Performing the works in English particularly emphasized this, versus hearing a lot of beautiful noise in a foreign language that you cannot understand, or looking up at surtitles and missing what’s going on onstage.” 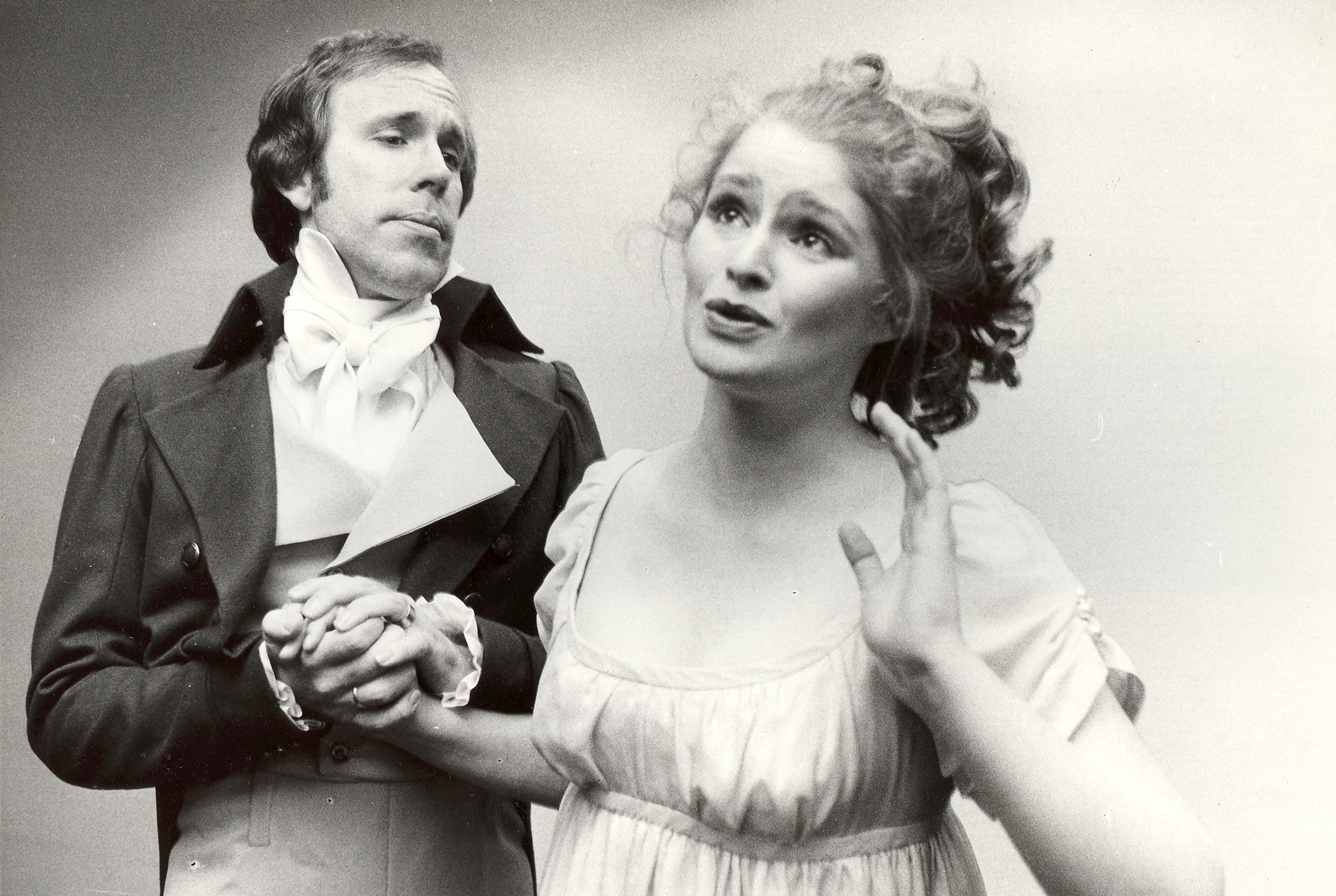 The total involvement of audiences became a hallmark of early COT productions. “That, and I’m a stickler for rehearsal, pure and simple,” Stone assessed. “There is simply no substitute for it. While most opera companies—including Lyric and the Met—usually put a show together in about ten days, I insist on every production receiving a full four weeks of rehearsal. Yes, there is a certain magic to sensing the right production, singers, director and conductor, but once those pieces are there, they don’t fit together by magic, but by an incredibly demanding rehearsal schedule and much hard work. That is why we are able to attract the kind of directors, conductors and artists that we do. Our budget may not allow for big dollars, but our working conditions are ideal.”

In 1979 the company expanded to three annual productions, which despite some experimentation in the late 1980s and early 1990s where a fourth production was added, has remained more or less COT’s modus operandi for its mainstage productions to this day.

Stone stepped down in 1993 due to health problems and would pass in 2008. Artistic director Carl Ratner and music director Lawrence Rapchak were recruited from Chamber Opera Chicago to take over those same positions at COT from 1994 to 1999.

For over half of its fifty years, COT productions kept up Stone’s ideal of performing opera in English. That changed when former Glyndebourne Festival Opera general administrator Brian Dickie became general director in 1999. COT presented Monteverdi’s “Orfeo” during Dickie’s first season in 2000, in its original language, a standard that has been maintained since. That also was the first COT production led by British conductor Dame Jane Glover, a regular company presence during the Dickie years and who spearheads a welcome return for the company’s fiftieth anniversary season. (Glover made such a splash at COT that she was recruited to become music director of Music of the Baroque in 2002 and has been there for the two decades since.)

In looking back over his Chicago tenure when he stepped down in 2012, Dickie told me, “I tended to do strands of work over the last thirteen years. One would be the twentieth century: Britten operas, John Adams, Bartók/Schoenberg double bill, and so on. The other strand would be early music, Monteverdi, Handel, the Medea triptych. In the middle is Mozart, of course, which is very important to me. And also to do interesting things like ‘Béatrice et Bénédict.’ I tend to look at the repertory of a company in rolling three-to-five-year periods rather than just ad hoc. Strategically, that’s a good thing to do but that does require more solid financial footing than we had. It was always a challenge to keep to those plans despite some real financial stress throughout my time. I inherited a financially stressed company and one of my great failures was to not change that sufficiently. We’ve been through such horrible times, all companies have.”

In hiring Austrian conductor and director Andreas Mitisek as Dickie’s successor, COT signaled a new direction that has remained a company template since: an emphasis on new opera. During his 2012-2016 tenure, while also maintaining his position at Long Beach Opera which shared contemporary opera productions with COT, Mitisek oversaw the first company world premiere, “The Invention of Morel” by ex-Police drummer Stewart Copeland. 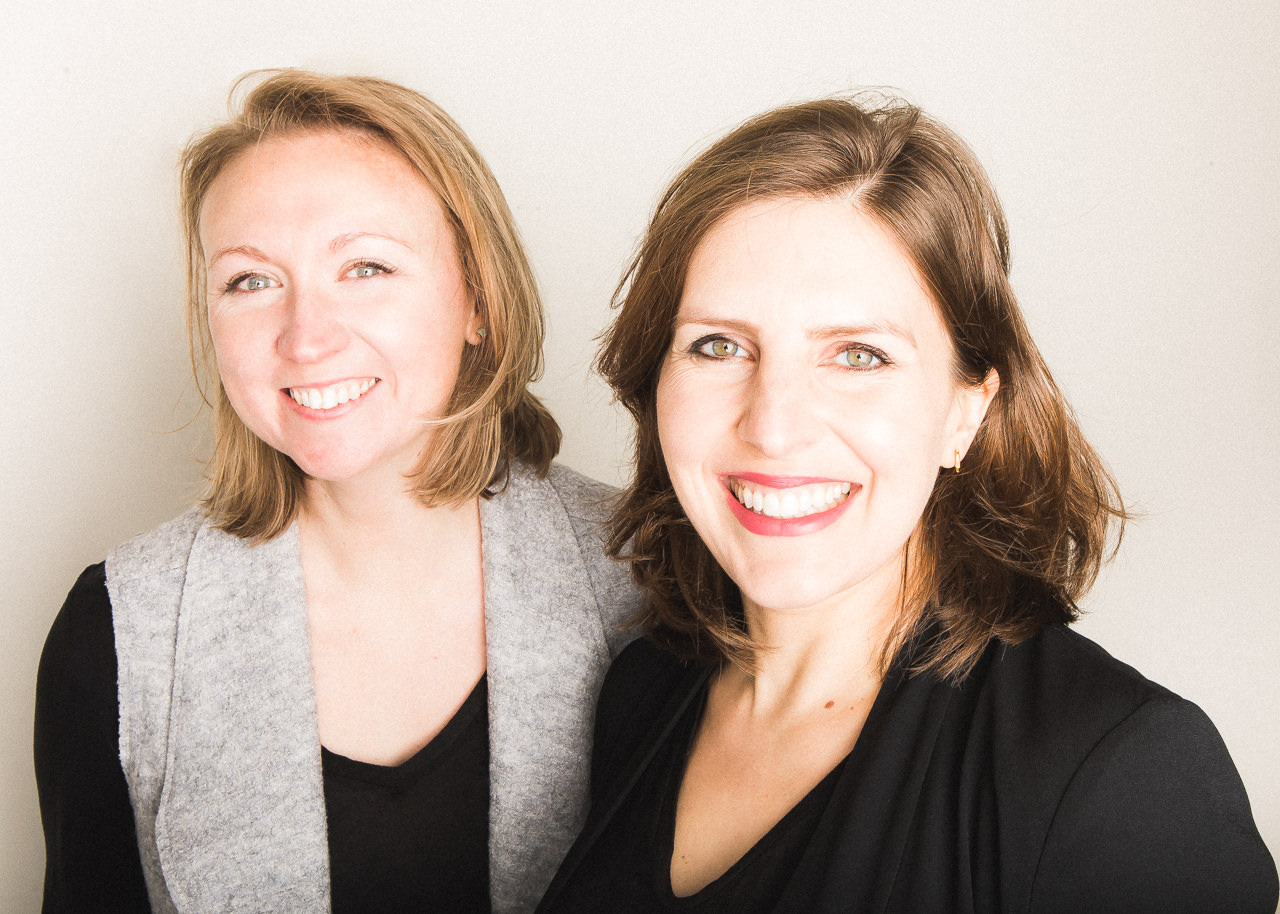 “The music director was never a central figure in COT history,” Yankovskaya says. “When I came, the music director and general director side were split. It allows two people to focus on very different things. [General director] Ashley Magnus is incredible and has really done amazing things for the company. But she can really focus on the business side of the company. Of course, we talk about all aspects of everything and we collaborate very closely. Running a nonprofit is really difficult, especially during a pandemic. I can concentrate on the artistic side—especially the music side—functioning at the highest level possible. We have really transformed our Young Artists Program over the years. We have started the Vanguard Initiative which is a training program for opera composers.

“Nine new works are in development or already in progress, whereas there had only been one. We now have three big programs a year. We have six creators of color, six female composers. COT had not produced works by either group. Our constant concern is, how can we tell stories that are relevant, by and about people of today? To present opera of and for the people of our city.”

For the fiftieth-anniversary season, the mainstage series includes the world premiere of Justine F. Chen’s “The Life and Death(s) of Alan Turing” at the Harris Theater March 23-25. The Vanguard Initiative will present a concert performance of Shawn E. Okpebholo’s “The Cook-Off” at the Athenaeum Center May 11—a followup return to a venue so central to COT history after January’s performances of Britten’s “Albert Herring,” an early company success, there. A double-bill of one-acts by Jake Heggie that includes the world premiere of “Before It All Goes Dark” paired with “Another Sunrise,” will also take place at the Atheneum May 27-28. 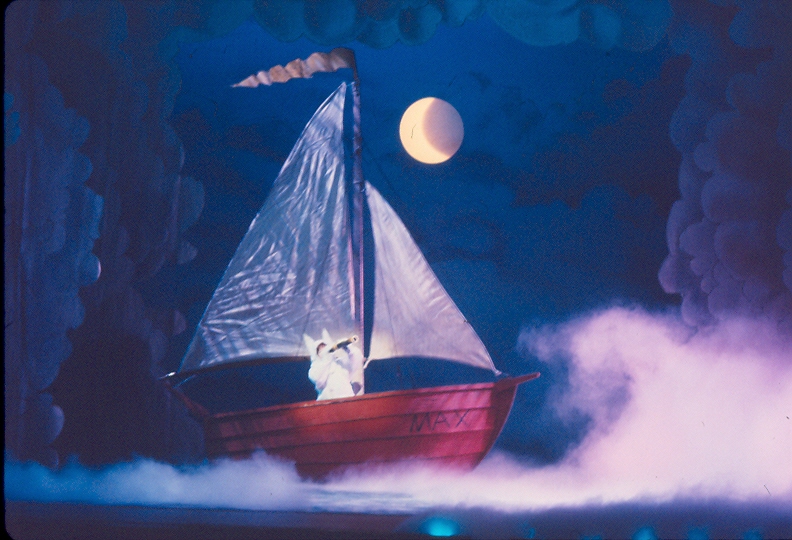 Oliver Knussen’s “Where the Wild Things Are,” based on the children’s book by Maurice Sendak, who wrote the libretto. The composer conducted in 1989 and 1991./Photo: Courtesy Chicago Opera Theater

“Henry really understood deeply what the organization needed. Most boards rely on an outside consultant. It also happened that the general director that the board was most interested in was coming up through the company and had a lot of experience on the theatrical side, but had not come from the music or opera worlds. So, they wanted to make sure that the musical decisions and those having to do with the operatic side of the art form were made by someone who had experience in that area. Doug [Clayton] was an important transitional figure. It’s great we have Ashley now who really comes from this world and all aspects of it. Ashley not only brings the business acumen but the fundraising experience. She has worked on the production side and the development and business sides. That’s really fantastic for the company.”

There is a curious family connection to COT in that Yankovskaya’s husband grew up in Chicago. “My husband spent the first half of his childhood here and saw Chicago Opera Theater shows as a kid. He started talking about ‘Where the Wild Things Are’ and others that made a deep impression. We moved here as soon as I got the music directorship.

“In New York, people forget that any other cities exist. Chicago has everything. It has the highest-level cultural institutions. It’s beautiful. The parks are amazing. I’ve lived in Boston, New York and San Francisco and Chicago is the only city where I feel like I’m on the water. All those coastal cities where you’re on the coast but you never feel like you’re on the coast. One of the only major American cities—and maybe the only cultural giant city—that is still affordable. That allows for so much creativity. New York has pushed out so many artists. Too expensive to be livable for anyone just starting out. You don’t just want that established layer of artists, you want that experimental layer. Chicago has that.”