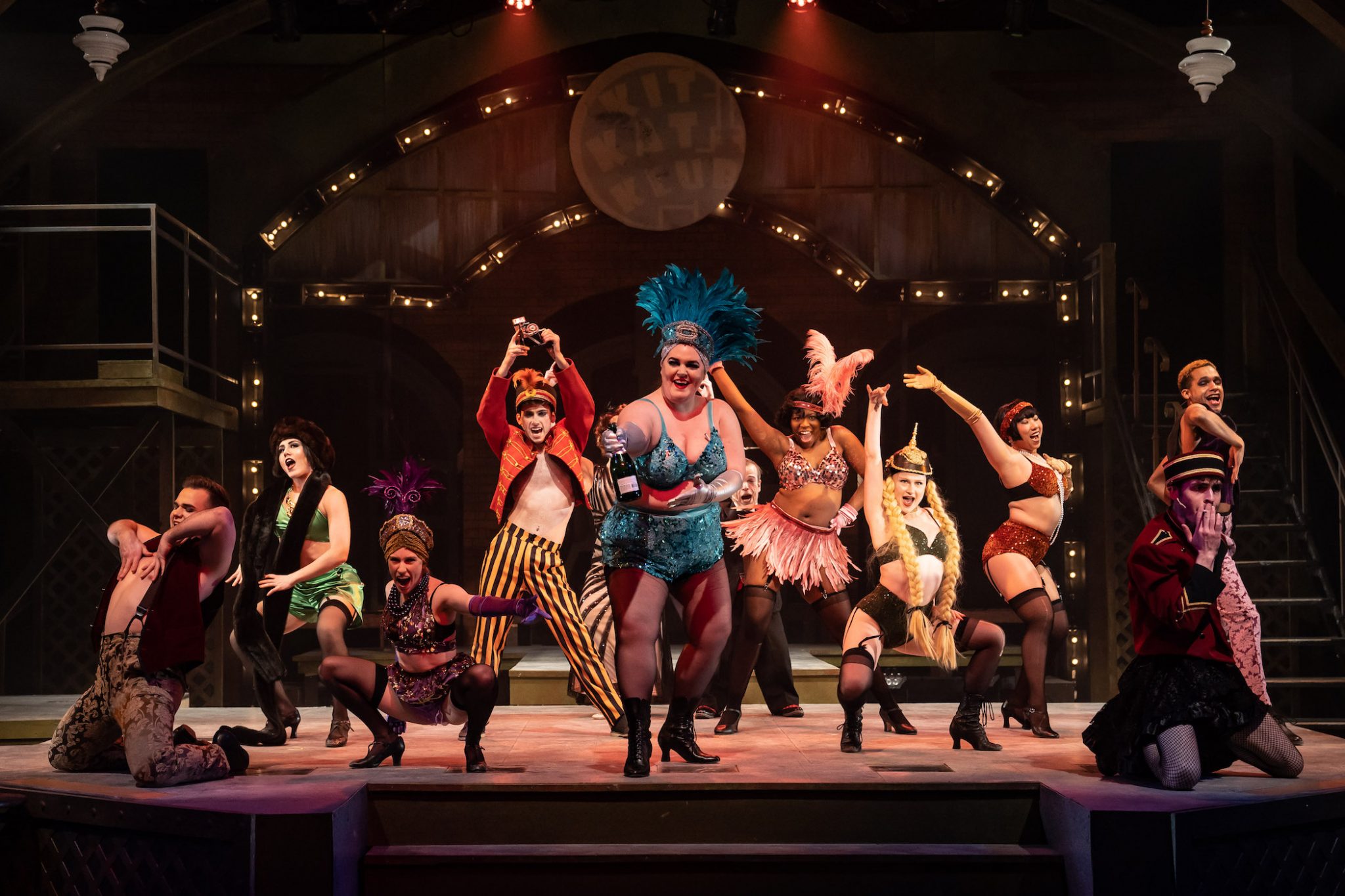 “If you’re not against all this, you’re for it—or you might as well be.” Cliff’s words slice the air as if it were one of Herr Schultz’s beloved Italian oranges. He’s referring to the unconscionable rise of Nazism in Berlin circa 1930 and the easy slide into complacency for the sake of neutrality. But it feels more like a prescient warning for us to hold nearly a century later. Who knew that this 1960s musical, based on a 1950s play and a 1939 novel would feel so painfully real in 2023 America.

“Cabaret” has a special place in my heart as do all shows that I once worked on. Twelve years ago as a freshman in undergrad, it didn’t feel like the show was warning us about ourselves in the not-too-distant future. But, perhaps, like Sally Bowles, we, too, were naive. 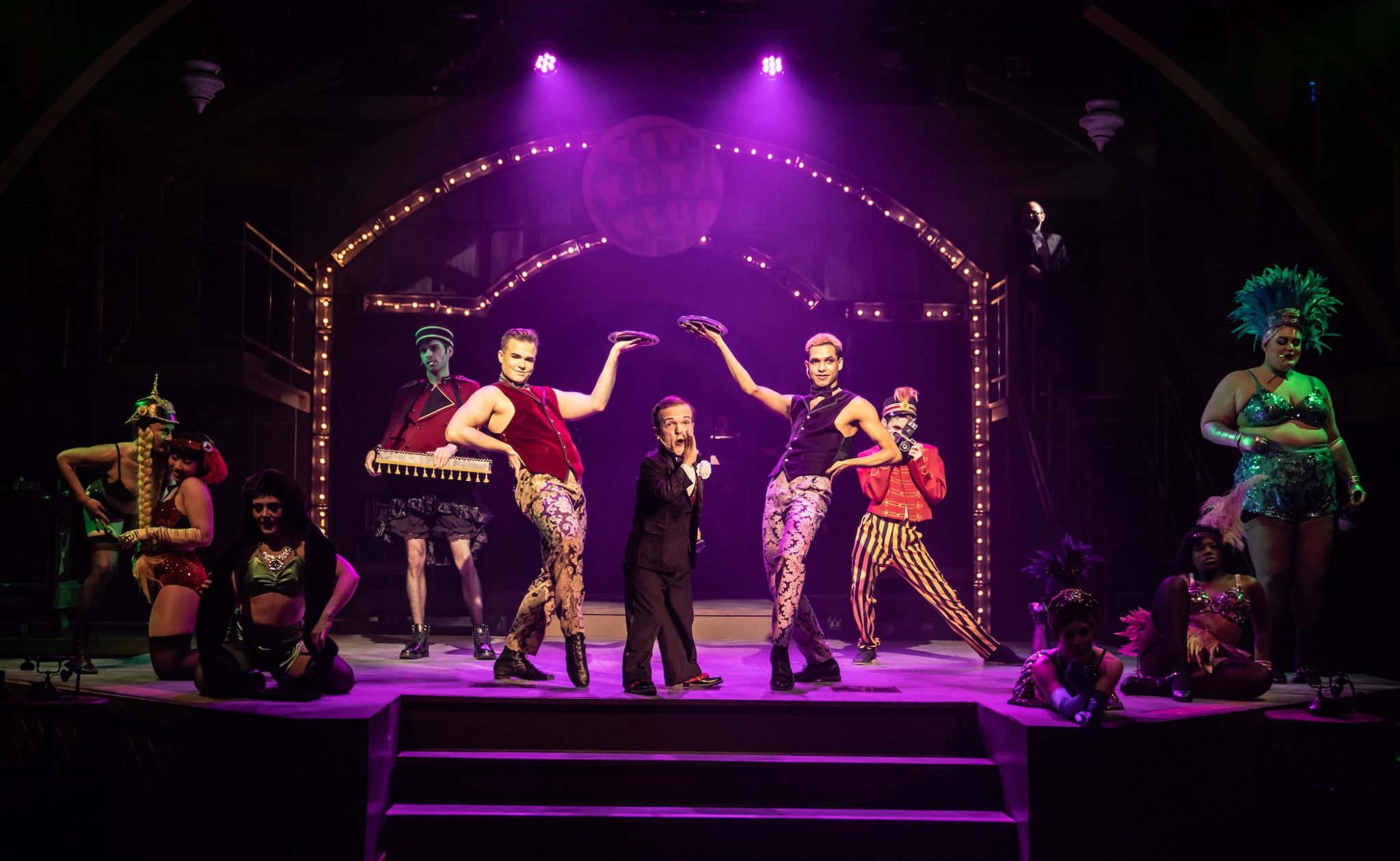 When the stage comes to life we find ourselves, along with Gilbert Domally’s impeccable Clifford Bradshaw, face-to-face with the Emcee whose visage is more Doc Brown than Joel Grey. Hair long and disheveled, Josh Walker’s Emcee beckons us to stay. We follow Walker’s enchanting Emcee to the seedy Kit Kat Klub (that’s no typo, the KKK line-up on the marquee should throw you) and are thrown into Bowles’ neverending party. The beautiful humans of the club emerge not to be outdone by Walker as the leader who reemerges suave from the shadows where we met him.

But all things, even seemingly endless parties, must come to an end. You may be so dazzled by the incredible talent of the ensemble, the shimmering costumes a la Bill Morey, and enamored of Angela Weber Miller’s multifaceted set that you, too, may be caught off guard when everything comes to a crashing halt. Nothing will do that for you faster than three of the dynamic voices echoing from the stage in entirely different contexts. Neala Barron’s operatic prowess soars as Fraülein Fritzie Kost. Her “Tomorrow Belongs to Me” will haunt you as your own personal Ghost of Christmas Future, begging us to turn back. While Mary Robin Roth’s showstopping “What Would You Do?” as Fraülein Schneider reminds us that inner conflict even in the darkest days can be inescapable. 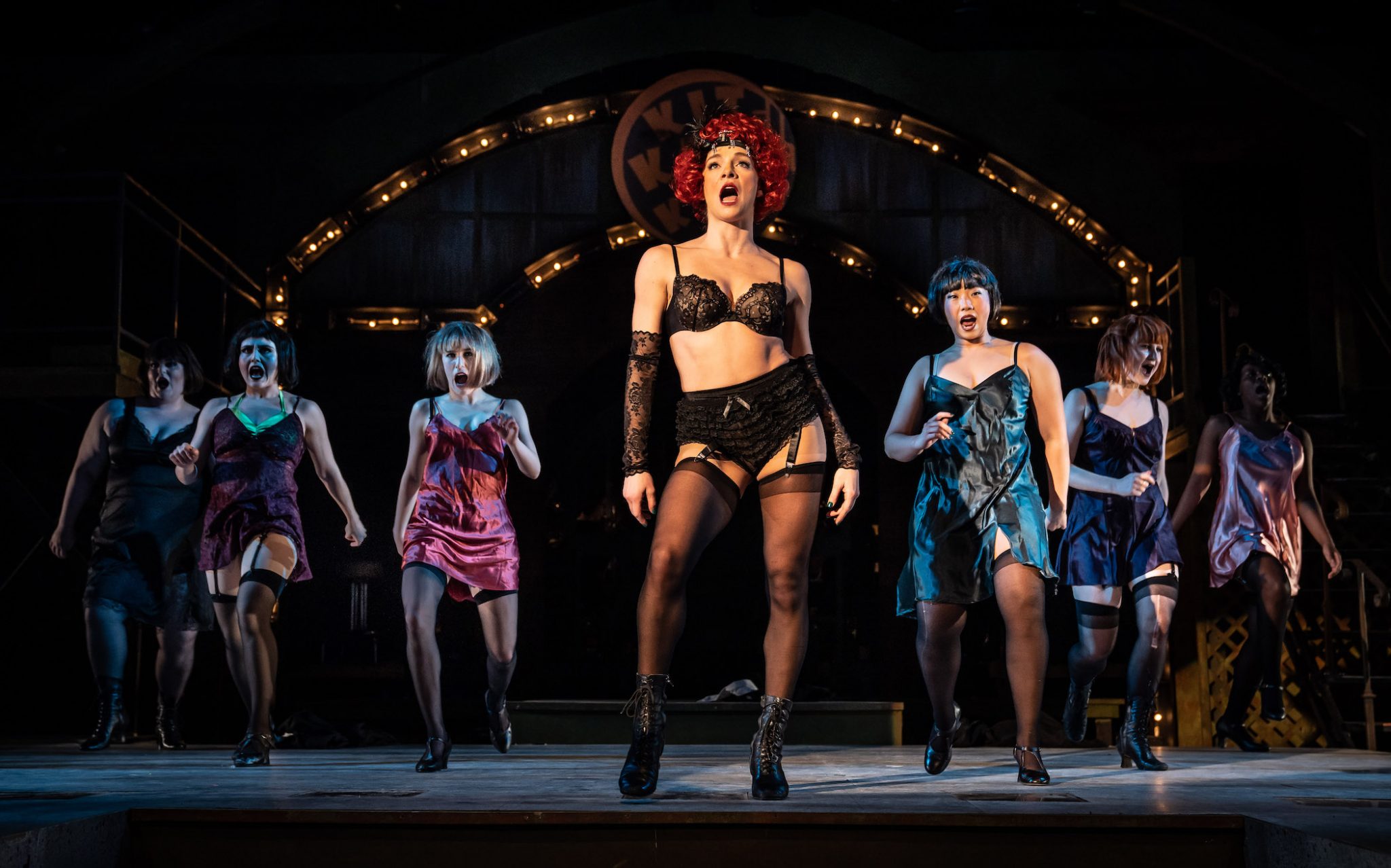 And then there is Erica Stephan as Sally Bowles.

A dark, tortured soul, almost Lucille Ball-esque at times, Stephan’s Bowles is unlike anything one imagines her to be. Like a well-loved knit scarf, she unravels in the wind of unrest around her. Stephan’s Toast of Mayfair wants to be everything for everyone but not for herself. Her voice envelopes us without relenting whether she’s making us laugh or not. Stephan has undoubtedly set the bar for Sally Bowles. Juxtaposed with Domally’s interpretation of Cliff, these two are ideally matched. 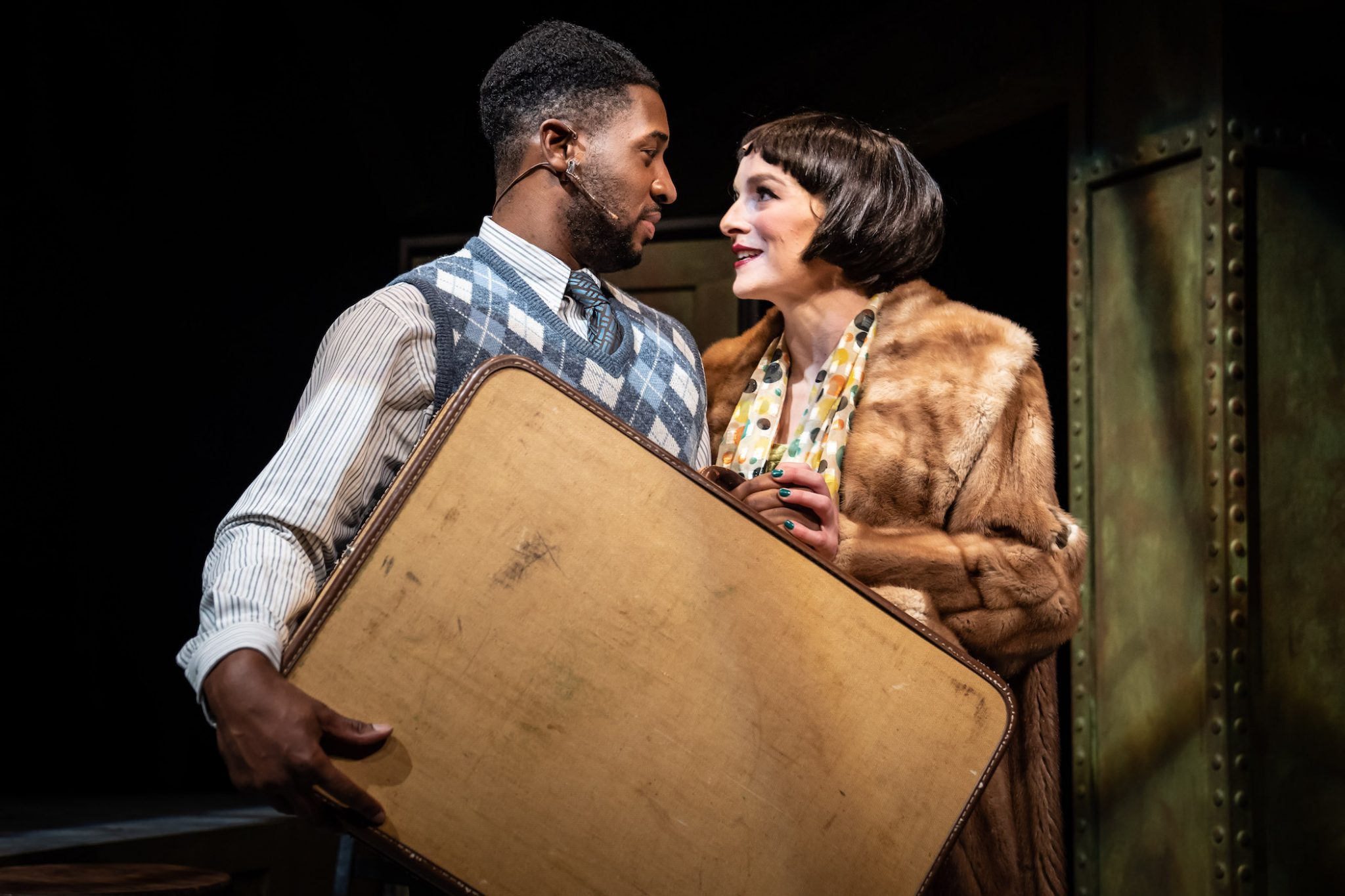 What remains when the chaser lights fade and the Kit Kat Klub is but a distant memory is the reality. Antisemitism continues to run rampant in 2023 America, not to be left behind in collective history. We all likely know a Sally Bowles who claims to be of no opinion on the politics swirling around us. It can feel impossible to make changes in times like these. But maybe this time we will find a way.