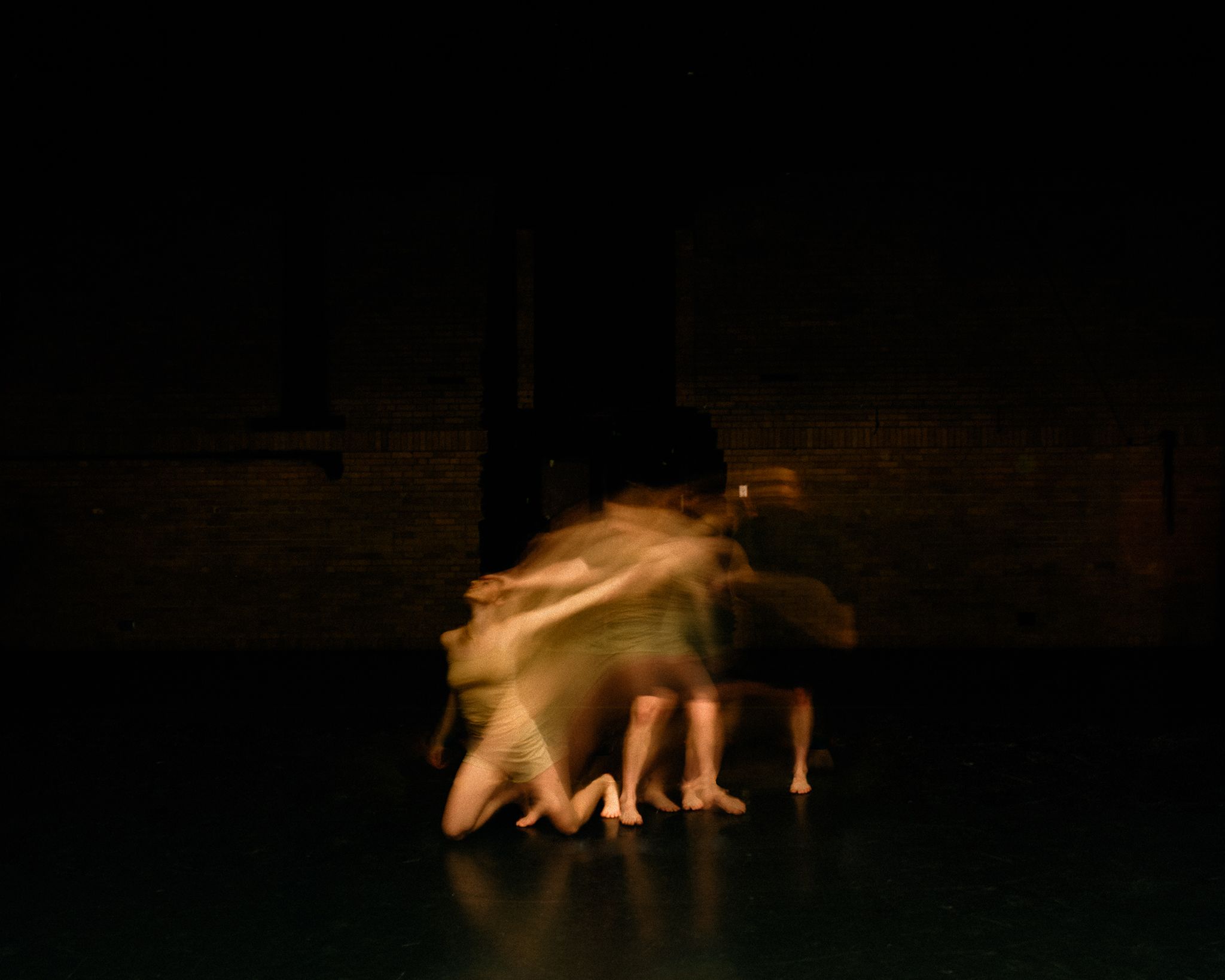 Kara Brody never intended to be a curator, but when the opportunity to hand the Steppenwolf 1700 black box theater over to dancemakers of her choosing came up, she couldn’t say no. Brody, a dance artist who performs with a number of Chicago companies, met Steppenwolf 1700 producers Patrick Zakem and Lauren Steinberg back in 2019, when Lucky Plush Productions staged their evening-length “Rink Life” in the intimate theater. She says Zakem and Steinberg contacted her with a desire to bring more dance—especially off-the-big-venue-radar work—to Steppenwolf. “They have a desire to be more connected to the Chicago dance community,” Brody says. “They were interested in figuring out what else is out there that doesn’t buzz around in the dance theater space.” 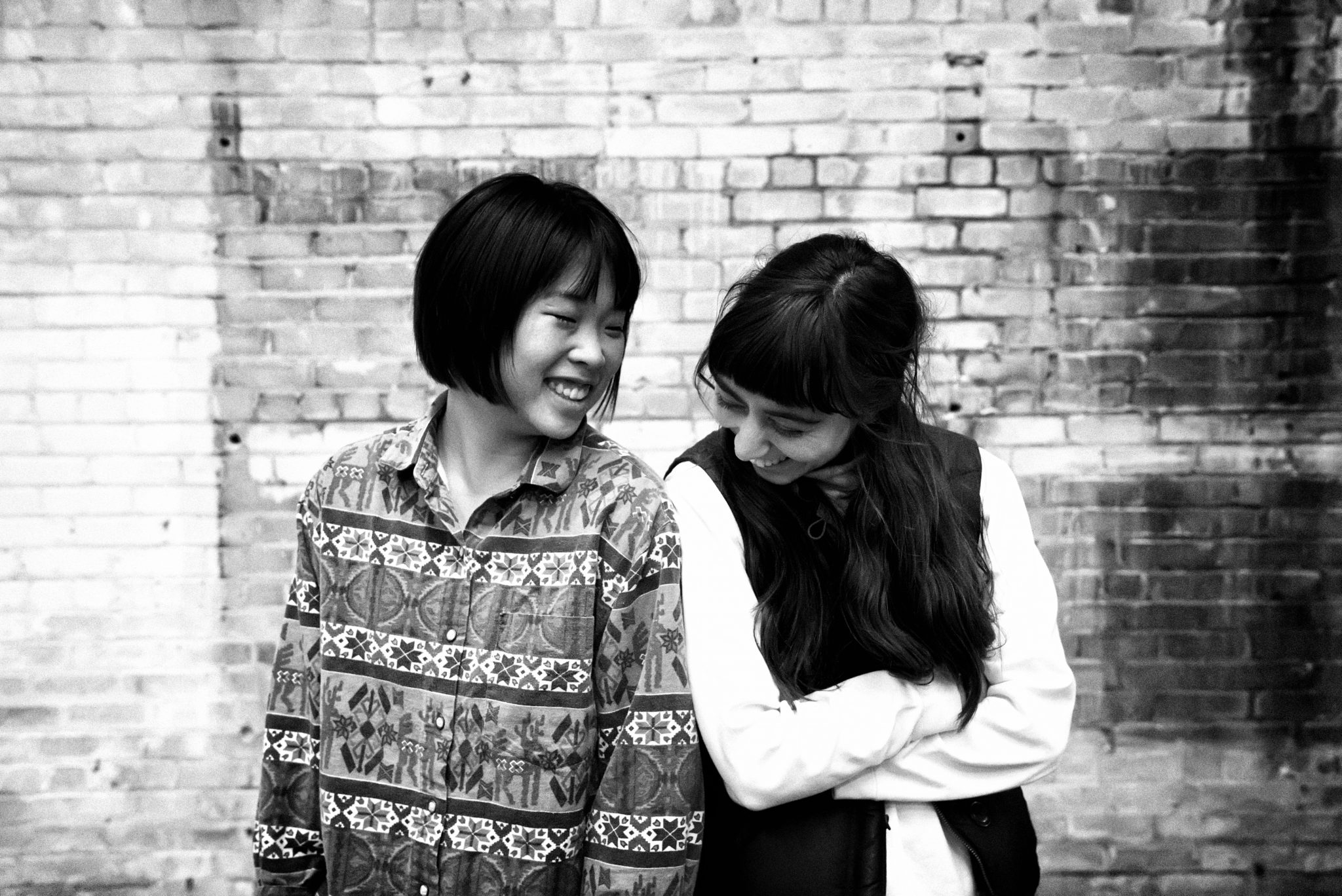 Steppenwolf has dipped a toe into presenting local companies and artists doing dance theater, multidisciplinary and experimental work, under the rubric of the LookOut Series—for instance, Ginger Krebs’ recent quartet with drone camera “All We Can See From Here,” a strange and funny meditation on technology and surveillance via anatomical geometry and human origami. Brody was offered the theater for a two-week program of her own design. She quickly invited friend and frequent collaborator Amanda Maraist as co-curator. Maraist says the open-endedness of the arrangement allowed them to create a performance series structured around the needs of the artists, instead of prioritizing finished products. “A lot of what we take interest in is process-based things and long timelines,” Brody says. “In our selection of folks, it felt important to emphasize work that doesn’t necessarily have a finish to it.” 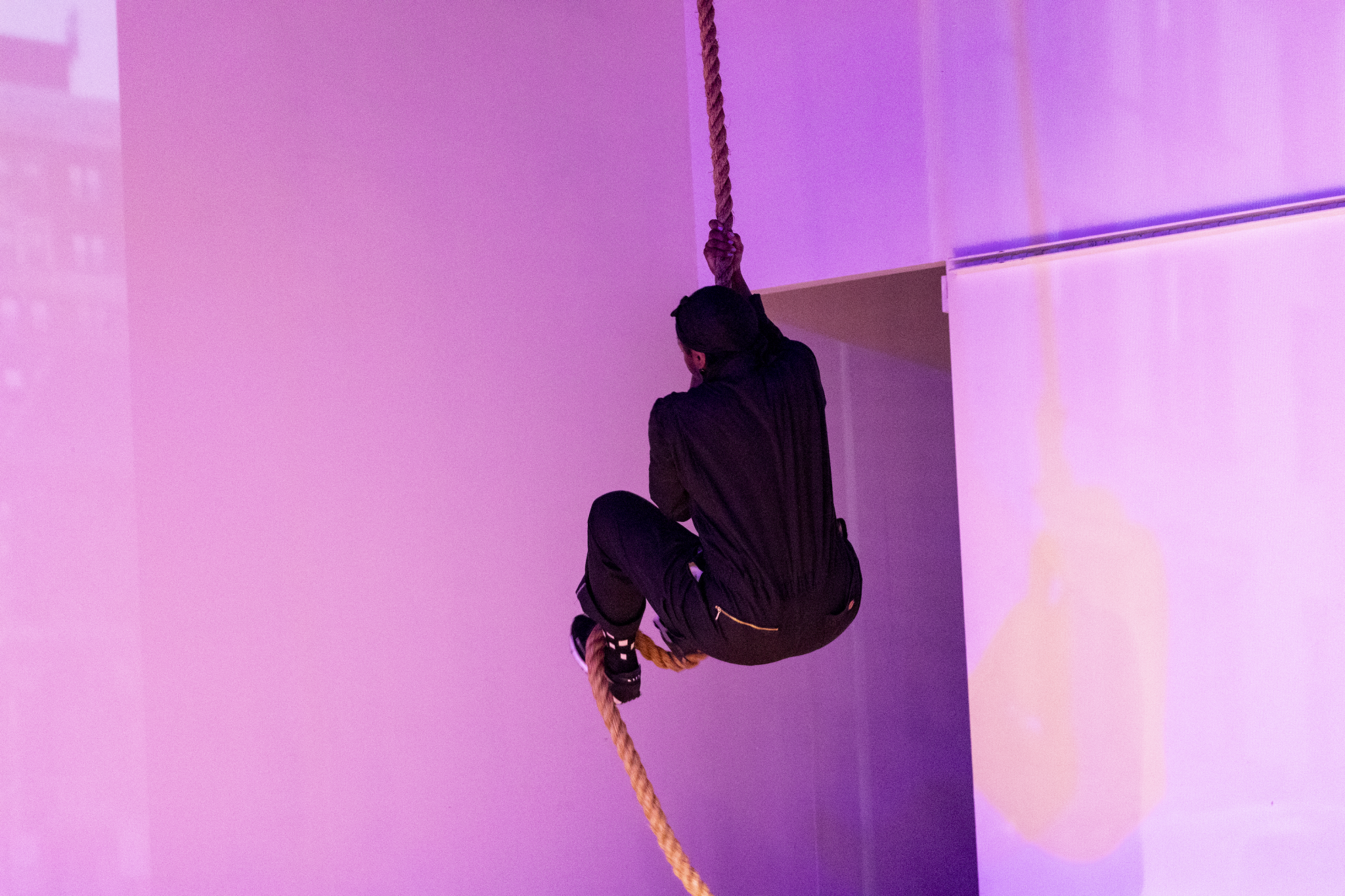 The series, “work around,” running February 4-12, features performances by three artists who are working on projects that have unfolded over a span of time. Opening weekend brings Cat Mahari’s “Blk Ark: the impossible manifestation.” Mahari, whose practice is informed by hip-hop and house, makes it clear that “Blk Ark” is not so much an iterative performance as an ongoing research project of imagining, and moving toward, a world free of oppression. “During [Blk Ark’s] development and phases of research I’m very much interested in engaging community involvement and the methodologies in how I gain information. This is not something where I’m using a hierarchical structure. Will it contribute to a new world and how will we see it from here?”

In “Blk Ark,” Mahari works with a large toolbox of Black creativity and play: Wildstyle graffiti writing, hopscotch, even Joning—a game of exchanging verbal insults—as a possible means of achieving “ego death, to gain the necessary strength to get to the other side. Black anarchism underlies it all,” Mahari says. “What are viable tools of Black liberation and can we see a new world from here and if we can’t imagine that, what do we do?

“The most important thing for me to say is we should not forget the amazing Black folks and other folks who have done a lot to free the global oppressed, including the freeing of political prisoners.”

Thursday and Friday of the following week brings Tuli Bera’s “Bangali Meye” (the title translates to “Bengali Girl”), the third iteration of Bera’s exploration of her cultural identity as a first-generation Indian American and a “snapshot into how I’m currently doing, and how I self-express.” 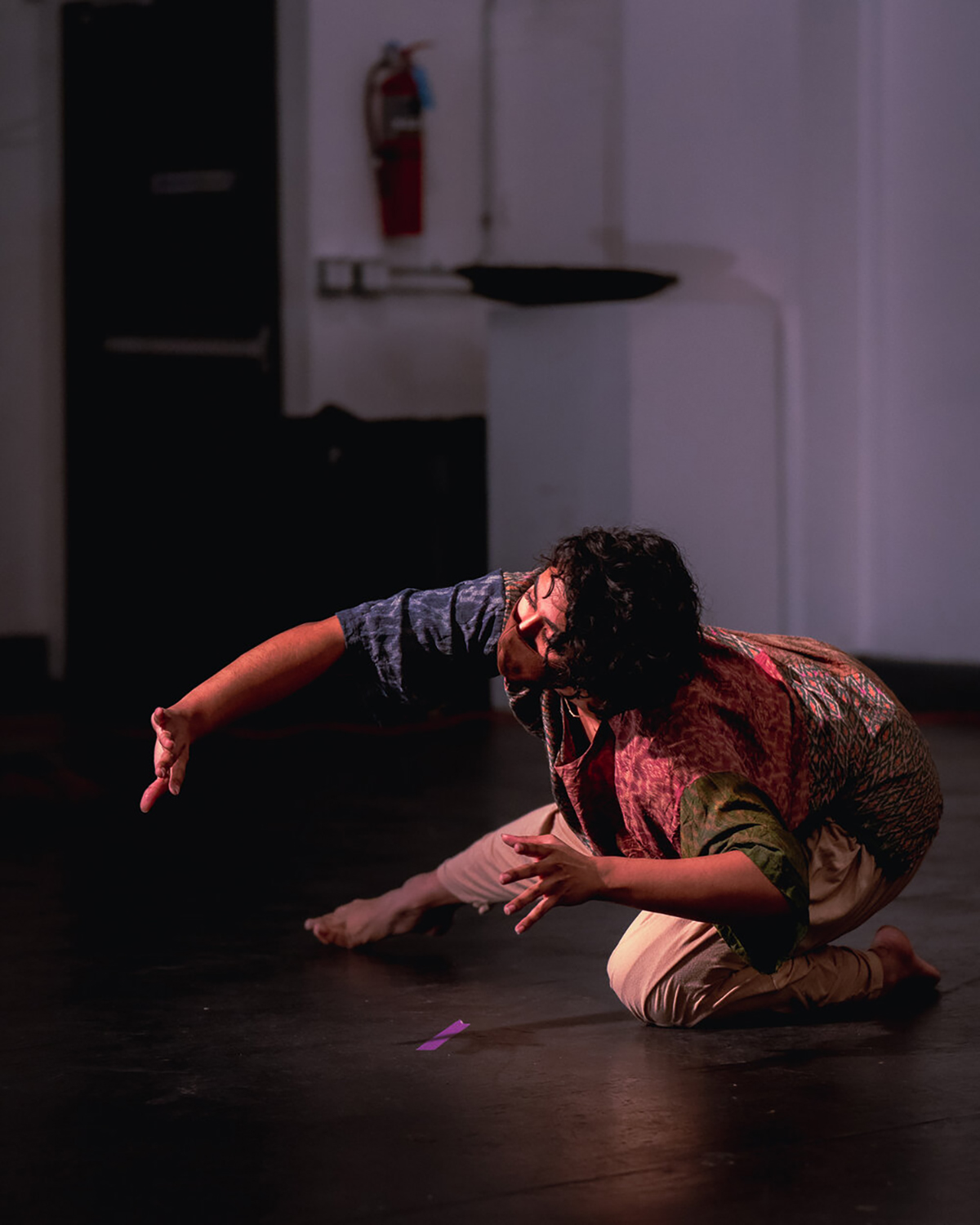 As such, “Bangali Meye” has taken different forms since the first iteration at Links Hall in 2019. The second version at Pivot Arts Festival focused on Bera’s trajectory as a dancer trained in Russian ballet technique and practicing folk and social dance forms outside the studio. The version premiering at Steppenwolf 1700 includes Bera’s sister Anita, a trained musician: “Part of my role in this piece is tying into the memories in the work. This feeling of a switch when you think of a moment from the past and then coming back to the reality of now.”

The performance will weave in activities Tuli Bera hasn’t done onstage before: cooking, storytelling—meaningful moments from her personal life. “When it comes to performance for me, what you share shouldn’t be something that feels forced,” she says. “Sure you make that choice to take yourself to hard places, but it comes from a place you know you’ve been. We’re both trying to create that effortlessly. I want that for all of humanity. It takes practice.”

Drew Lewis’ “Heavy Objects” closes out the second weekend. Lewis’ piece—a trio that, as he describes it, is a duet and a solo taking place at the same time—was borne of a need for partnering and physical contact coming out of the pandemic. “And some extremes of contact,” he says. “Giving someone your complete weight or piling several bodies on top of each other. How can we collide from across the room to feel a great impact?” As for the solo, Lewis originally conceived it as a separate dance inspired by the writing of the late artist and AIDS activist David Wojnarowicz. As he worked on both pieces, he felt they were connected.

Lewis performs alongside frequent collaborator Maddy Joss and Isabella Limosnero. He says he considers “Heavy Objects” his most experimental piece to date. “I’ve been feeling all this acceleration in the world. David also talks about this in his work, that we’re in this age of acceleration and it feels like you can’t control it. It felt necessary in this piece to slow down. We see a lot of images burn for a long time in the space. It’s also a study of time.”

Brody and Maraist say they’re excited a large, well-funded theater like Steppenwolf wants to present this kind of work. “I think the biggest thing is Steppenwolf wants dance and that’s so freaking cool,” Maraist says. “That’s such a gift to dance artists we don’t get often. I think there’s a crowd of audiences at Steppenwolf dancers hope to tap into. I don’t know if it will with these shows, but if it does, it will be great.”