Black Ensemble Theater is “the only African American theater located in the culturally, racially and ethnically diverse north side Uptown community.

“Through its Five Play Season of Excellence, The Black Ensemble Theater dazzles audiences locally, nationally and internationally with outstanding original musicals that are entertaining, educational and uplifting. The Black Ensemble Theater has produced more than 100 productions and employed over 5,000 artists. Our productions consistently receive Joseph Jefferson, African American Arts Alliance of Chicago and Black Theater Alliance nominations and awards.”

History
“Black Ensemble Theater (BE), founded in 1976 by the phenomenal actress, producer and playwright Jackie Taylor, has grown from a small community arts organization to a vibrant nationally and internationally renowned arts institution. A leader and innovator in the African-American and mainstream arts communities, Black Ensemble Theater is recognized as one of the most diverse theaters in the country, producing excellent musical theater. On November 18, 2011, BE celebrated the Grand Opening of the Black Ensemble Theater Cultural Center, the theater’s first permanent home located at 4450 N. Clark Street, in the heart of Chicago’s Uptown neighborhood.”

Mission Statement
“The mission of the Black Ensemble Theater is to eradicate racism and its damaging effects upon our society through the utilization of theater arts. BE is the only theater in the nation whose mission is to eradicate racism. Other organizations work to diversify audiences, but none utilize theater to bring races together in a community which embraces similarities and fosters dialogue, understanding and acceptance.” 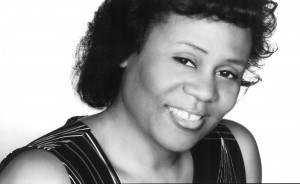 Jackie Taylor, BE’s Founder and Executive Director, has created a strong institution committed to eradicating racism and recognized throughout the nation for its outstanding original productions and exceptional educational outreach programs. Jackie Taylor has written and produced more than 100 plays and musical biographies, including “All In Love Is Fair,” “The Other Cinderella,” “I Am Who I Am (The Story of Teddy Pendergrass),” “Don’t Make Me Over (The Story of Dionne Warwick),” “Don’t Shed A Tear (The Billie Holiday Story),” “Somebody Say Amen, At Last: A Tribute To Etta James,” “Precious Lord Take My Hand” and “The Jackie Wilson Story,” among a myriad of other acclaimed productions. A phenomenal actress and performer in her own right, Taylor has had featured roles in several major films, including Cooley High, Hoodlum, Barbershop 2, The Father Clements Story and To Sir With Love: Part 2.

Taylor serves as the president of the African American Arts Alliance. She previously served as artistic director for the Regal Theater and vice president of the League of Chicago Theaters. The City of Chicago honored her by naming a street after her, Jackie Taylor Street.  The Governor of Illinois Pat Quinn declared March 27, 2009 Jackie Taylor day in Illinois. Taylor has received numerous awards for her works, including a Special Jeff Award for her cultural contributions, a League of Chicago Theater Lifetime Achievement Award, one of the Top 10 in the Arts in the Chicago Sun-Times’ 100 Most Powerful Women; “Producer of the Year” by the National Black Theater Festival, one of “The People of the Year” by Screen Magazine;” and a “Phenomenal Women Award” by Expo for Today’s Black Women. Nationally, she and her work have been featured in Jet, Variety, the New York Times, The Washington Post and Essence.

The Jackie Taylor Story: How a Girl from the Projects Grew Up and Made her Theater Dreams Come True
Let’s Talk About Sex: Black Ensemble Theater heats up the summer

Where They Perform
In November 2011, BE opened the Black Ensemble Theater Cultural Center in the heart of Chicago’s Uptown neighborhood.

2011-2012 Season
“The Jackie Wilson Story”
“The Marvin Gaye Story (Don’t Talk About My Father Because God Is My Friend),” written and directed by Jackie Taylor