Chicago Opera Theater was founded in 1974, and since Brian Dickie’s appointment as General Director in 1999, the company has become known for its modern, critically acclaimed productions of classic operas. The company specializes in the great works of the 17th, 18th and 20th centuries presented by internationally renowned conductors, directors and designers. In their own words, they seek to present a “perfect marriage of music and theatre.” As a founding company of the Harris Theater for Music and Dance in Millennium Park, Chicago Opera Theater has become an integral part of Chicago’s arts scene.

History
Founded in 1974 by Alan Stone, Chicago Opera Theater (COT) has carved a significant place for itself in the operatic life of Chicago and has reached an audience of hundreds of thousands through its mainstage performances, community engagement, education programs in Chicago Public Schools, as well as its renowned Young Artist Program. 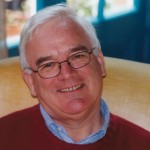 Since Brian Dickie’s appointment as General Director in 1999, COT has become a company of international renown and following. His first season with COT in 2000 was met with such acclaim that he was honored by the Chicago Tribune as a “Chicagoan of the Year”—the paper declared that Brian “clearly recognized the organization’s growth potential amid an increasingly sophisticated Chicago arts scene.” This honor was repeated in 2002. In 2010, Brian was the recipient of the Annual Cultural Award from the University Club of Chicago. Brian was also a key facilitator in COT’s move to downtown Chicago as a founding company of the Harris Theater for Music and Dance in Millennium Park in 2004. During Brian’s tenure he has produced 22 Chicago premieres including such favorites as “Orfeo,” “Death in Venice,” and “Nixon in China.” Brian Dickie began his opera career when he joined the Glyndebourne Festival Opera in 1962. He was Artistic Director of the Wexford Festival from 1967 to 1973 and simultaneously the first Administrator of Glyndebourne Touring Opera where for many years a high proportion of the leading British singers began their careers. In 1981 he became General Administrator of Glyndebourne Festival Opera, a post he held until 1988. Brian held the post of General Director of the Canadian Opera Company from 1989 to 1993 and from 1994 to 1997 was Artistic Adviser to the Opéra de Nice and Adviser to the International Youth Foundation during the formation of the European Union Opera. In addition to serving as General Director of COT he has been Chairman of the International Jury for Preselections for the Bertelsmann Foundation’s biennial Neue Stimmen Competition since 1999. In this capacity he auditioned more than 800 singers on four continents in the summer of 2011. Brian sits on the board of Opera America and the Chicago College of Performing Arts. 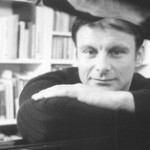 Andreas Mitisek is CTO’s General Director Designate, and will begin his tenure in August 2012. He is currently Artistic and General Director of Long Beach Opera (LBO), which is well-known for its daring repertory and unconventional interpretations. Mitisek became LBO’s Principal Conductor in 1998 and Artistic & General Director in 2003. His vision and leadership has helped LBO to double its budget ($430K to $1.3M), eliminate a longstanding deficit and to raise subscriptions by 500 percent. Mitisek transitioned the company form a festival format to a seasonal format of four productions a year. One of the artistic highlights included a newly conceived production of “The Ring Of The Nibelung” presented in 2006. His work as guest conductor has taken him, among others, to Komische Oper Berlin (“Fledermaus,” “Orpheus and Euridice”), Wiener Volksoper (“Guiditta,” “Midsummer Night’s Dream”), Seattle Opera (“Eugene Onegin,” “Der Freischuetz,” “Così fan tutte,” “Don Giovanni”) Philadelphia Opera Company (“Salome”), Austin Lyric Opera (“Salome,” “Rigoletto,” “Faust”), Vancouver Opera (“The Rake’s Progress”), Opera Theater of St. Louis (American Premiere of Michael Berkley’s “Jane Eyre”), Santiago de Chile (“Eugene Onegin”), and Tokyo (Japanese Premiere of Minoru Miki’s “Jouri”). In 2005 Mitisek extend his creative activities to include stage directing. He created and directed an award-winning version of Schubert’s Winterreise, with a new story combining Schubert’s song cycle and Goethe’s “Sorrows of Young Werther.” In 2006 another concept and treatment was the opera “The Diary of Anne Frank” by Grigori Frid, where Mitisek incorporated a Holocaust survivor and her memoirs into the story. It was performed in the transient space of underground parking garages as a metaphor for dislocation and abandonment. In 2008 he staged Ricky Ian Gordon’s “Orpheus and Euridice” in a 500,000-gallon Olympic-size swimming pool. In 2009 he staged a double bill of Viktor Ullmann’s “The Emperor of Atlantis” and Carl Orff’s “Die Kluge” in the former engine rooms of the Queen Mary. In 2011 he conducted, staged and designed “Medea” by Cherubini in a furniture warehouse and conducted, staged and designed the West Coast Premiere of “Akhnaten” by Philip Glass.

Where They Perform
“Since 2004, Chicago Opera Theater has called The Harris Theater home. The Harris Theater is proud to be the home of a myriad of Chicago’s most exciting music and dance companies, including Music of the Baroque and Hubbard Street Dance Chicago, as well as serve as host to internationally renowned companies and artists, including San Francisco Ballet, New York City Ballet, Daniel Barenboim and his West-Eastern Divan Orchestra, and Laurie Anderson.”