Court Theatre is a professional theater on the campus of the University of Chicago. Established in 1955 as an amateur company, Court has grown into an organization with an operating budget in excess of $3.2 million and an annual audience of 35,000. Court presents five main stage productions per season, with a longstanding commitment to presenting innovative productions of the classics. Since Charles Newell became artistic director in 1994, Court has expanded its focus to present more of the African-American canon and musical theater works. Described as “the most consistently excellent theater company in America” by The Wall Street Journal, Court has a national reputation for excellence and innovation.

History
Court Theatre was founded in 1955 as an amateur outdoor summer theater at the University of Chicago. In 1971, classics professor Nicholas Rudall assumed the role of director and conceived Court’s tradition of translating and adapting classic texts for contemporary audiences; the theater was then established as a professional company with Actors’ Equity Association in 1975. In 1981, Court built its current home, the intimate, 251-seat Abelson Auditorium, and in 1983 the theater incorporated as an independent nonprofit organization. Charles Newell was named artistic director in 1994.

Mission Statement
“The mission of Court Theatre is to create innovative productions of classic plays that are thought provoking, character-driven, and thematically enduring. Through main stage productions, audience enrichment programs and collaborations with the University of Chicago, we re-examine, re-envision and renew classic texts that pose enduring and provocative questions that define the human experience.” 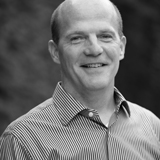 Charles Newell has been Artistic Director of Court Theatre since 1994, where he has directed more than thirty productions. He made his Chicago directorial debut in 1993 with “The Triumph of Love,” which won the Joseph Jefferson Award for Best Production. Directorial highlights at Court include “The Wild Duck,” “Caroline, Or Change,” “Titus Andronicus,” “Arcadia,” “Man of La Mancha,” “Uncle Vanya,” “Raisin,” “The Glass Menagerie,” “Travesties,” “Who’s Afraid of Virginia Woolf?,” “Hamlet,” “The Invention of Love,” “The Little Foxes,” “Nora” and “The Misanthrope.” Charlie has also directed at the Goodman Theatre (“Rock ‘n’ Roll”), the Guthrie Theater (Resident Director: “The History Cycle,” “Cymbeline”), Arena Stage, John Houseman’s The Acting Company (Staff Repertory Director), the California and Alabama Shakespeare Festivals, Juilliard and New York University. He is the recipient of the 1992 TCG Alan Schneider Director Award. He has served on the Board of Theatre Communications Group, as well as on several panels for the National Endowment for the Arts. Opera directing credits include Marc Blitzstein’s Regina at the Lyric Opera of Chicago and Rigoletto at Opera Theatre of St. Louis. Charlie is a multiple Joseph Jefferson Award (Chicago’s highest theatrical honor) nominee and recipient.  Most recently, his production of “Caroline, Or Change” at Court was the recipient of four Joseph Jefferson Awards, including Best Production–Musical and Best Director–Musical. 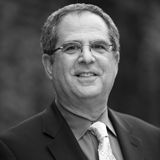 Stephen J. Albert (Executive Director) is a founding Partner in Albert Hall & Associates, LLC a leading arts consulting firm. Prior to forming the consulting practice, Albert was recognized as a leading arts manager. He has led some of America’s most prestigious theatres, including the Mark Taper Forum/Center Theatre Group, Alley Theatre and Hartford Stage Company. Albert began his career with the Mark Taper Forum/Center Theatre Group in Los Angeles where he worked in senior management positions for over a decade, rising to Managing Director. He went on to become Executive Director of Houston’s Alley Theatre where he led a turnaround that stabilized the organization, enabling the Alley to return to national standing and drove a capital campaign that secured the organization’s future. At Hartford Stage, his partnership with Mark Lamos resulted in some of the theatre’s most successful seasons and reinforced Hartford Stage’s position at the forefront of the regional theatre movement. During his tenure in Hartford, Mr. Albert led the initiative to create a 25,000 square foot, state-of-the-art production center, securing the donation of the facility and the funding for its renovation. Albert has served as both President and Vice President of the League of Resident Theatres (LORT) and as a board member of Theatre Communications Group (TCG). He has also written and produced a variety of productions for television, is an ACE award nominee, and has been an associate producer of numerous acclaimed Broadway productions. He is a Senior Fellow with the American Leadership Forum, a graduate of the University of Southern California and holds a MBA from the UCLA Graduate School of Management.

Newcity Coverage
Ten Seconds to Change: Taking in the show backstage at “Irma Vep”
Voices from the Dead: SITI Company returns to Chicago with the “ultimate ghost story” in Radio Macbeth
Change is Here: Court Theatre brings a contemporary masterpiece to Chicago
A History of Violence: Joanne Akalaitis directs Thyestes

Where They Perform
Since 1981, Court has staged its productions in the 251-seat Abelson Auditorium. The theater is part-proscenium, part-thrust, with three raked banks of seating.