“In 1957, The Art Institute offered the artistic directorship to John Reich, who accepted the position under the condition that the theater commit to re-establishing the professional acting company. In the fall of 1969, the Goodman opened the new season featuring the first fully professional acting company at the theater in nearly forty years. But maintaining a resident company of professionals proved expensive and led to the largest deficits in the theater’s history. In 1973, William Woodman, a director with considerable experience in regional theaters, was appointed artistic director. In 1976 the Goodman separated itself from the Art Institute, incorporating as the Chicago Theatre Group, Inc. In 1978, the theater divested itself of the Goodman School, which was acquired by DePaul University. After running the Goodman for five seasons, William Woodman resigned in 1978 and Gregory Mosher was appointed artistic director. A year later Roche Schulfer was appointed managing director. The Goodman replaced Mosher with Robert Falls.

“In the mid-1980s, concerned about the adequacy of its aging theater behind the Art Institute, the Goodman began to explore the possibility of a new facility. In the early 1990s the Goodman committed to building on the new site and fundraising efforts began. The new Goodman Theatre opened in December, 2000 with August Wilson’s play, ‘King Hedley II.’”

Mission Statement
“Goodman Theatre, Chicago’s oldest and largest not-for-profit theater, has won international renown for the quality of productions, the depth and diversity of artistic leadership, and the excellence of its many community and educational programs. Under the guidance of Artistic Director Robert Falls and Executive Director Roche Schulfer, the Goodman is committed to producing both classic and contemporary works, giving full voice to a wide range of artists and visions. Central to that mission is the Goodman Artistic Collective, a diverse group of outstanding theater artists whose distinctive visions have given the Goodman an artistic identity of uncommon richness and variety. By dedicating itself to three guiding principles—quality, diversity and community—Goodman Theatre seeks to be the premier cultural organization in Chicago, providing productions and programs that make an essential contribution to the quality of life in our city.” 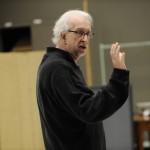 Robert Falls (Goodman Artistic Director) has been the artistic director of Goodman Theatre since 1986. From 1977 to 1985, he was the artistic director of Wisdom Bridge Theatre. Two of his most highly acclaimed Broadway productions, Arthur Miller’s “Death of A Salesman” and Eugene O’Neill’s “Long Day’s Journey into Night” (first staged at the Goodman and both starring his longtime collaborator Brian Dennehy) were honored with seven Tony Awards and three Drama Desk Awards. Most recently, Mr. Falls directed Eugene O’Neill’s “Hughie” for the Stratford Festival. Honors received by Mr. Falls include the Illinois Arts Council’s Governor’s Award for Outstanding Contributions by an Individual Artist, “Chicagoan of the Year” recognition by Chicago magazine, the League of Chicago Theatres’ Artistic Leadership Award, election to the American Academy of Arts and Sciences, an Honorary Doctor of Fine Arts degree from Lake Forest College, a Special Jeff Award for Outstanding Contributions to Theatre and, most recently, a 2007 Chicago Illini of the Year Award. 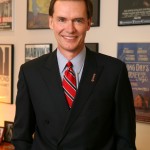 Roche Edward Schulfer (Goodman Theatre Executive Director) has been executive director of Goodman Theatre for more than thirty years. He has overseen the production of more than 330 plays including more than 120 world or American premieres. Under his leadership the Goodman has received numerous local and national awards for excellence, including being named the Best Regional Theater in the United States by Time magazine (2003), the Tony Award for Outstanding Regional Theater (1992) and the Pulitzer Prize for “Ruined” by Lynn Nottage (2009). Mr. Schulfer has arranged for the transfer of Goodman productions to many cities, including New York, Los Angeles, Dublin, London and Paris. He coordinated the design and development of the new Goodman Theatre which is now celebrating its tenth anniversary as an anchor in the creation of Chicago’s Theater District. Mr. Schulfer is a founder and two-time chairman of the League of Chicago Theatres, the trade association representing more than 200 Chicago-area theater companies and producers. He is a past chair and a board member of the Arts Alliance of Illinois, the statewide arts advocacy coalition. He was recently named to a second-term as Chair of the Performing Arts Alliance, the national network of more than 18,000 not-for-profit, performing arts and presenting organizations. Mr. Schulfer is on the executive committees of Theatre Communications Group, the national service organization consisting of more than 400 not-for-profit theaters as well as the League of Resident Theaters, the management association serving more than sixty-five theaters across the country. Mr. Schulfer is a member of the board of Lifeline Theater and the Arts & Business Council. Mr. Schulfer is a member of the adjunct faculty of The Theatre School at DePaul University. He is a graduate of the University of Notre Dame and managed the cultural arts commission on campus.

Newcity Coverage
Speaking for the Ninety-Nine Percent: A Conversation with “A Christmas Carol” Director Steve Scott
Chinglish Lessons: The playwright on the Chicago summer of David Henry Hwang
Listen Carefully: Director Jennifer Tarver makes music with Brian Dennehy and Samuel Beckett at the Goodman
The Young and the Nestless: Rebecca Gilman questions breeding in “The Crowd You’re In With”
A Tale of Two Carols: When less is more in bringing a familiar miser to life

Where They Perform
The Goodman Theatre opened in 2000, and comprises two theater spaces named the Albert and the Owen.

Ticket Information
Box Office: 312.443.3800
goodmantheatre.org/ticketing/calendar/index.aspx
Tickets range from $10-$73
At 10am on the day of performances, remaining mezzanine tickets are available for half price or $10 with student ID