“Lyric Opera of Chicago, founded in 1954, is one of the world’s greatest opera companies. It is renowned internationally for its artistic excellence and financial strength. Over the past two decades the company has achieved unparalleled success in its ticket sales, averaging one hundred percent attendance from 1988-2002, and more than ninety percent attendance since that time. Lyric Opera is also distinguished for having operated in the black for twenty-two of the past twenty-three years. Lyric’s eight-opera season starts in October and concludes in late March, offering sixty-eight performances of opera classics and twentieth-century repertoire over that time span. (Several world premieres have been presented over the years, most recently William Bolcom’s “A Wedding” during the 2004/05 season.)”

History
“The company, originally known as The Lyric Theatre of Chicago, was founded in 1954 by Carol Fox, Lawrence V. Kelly and conductor Nicola Rescigno, to fill Chicago’s operatic void of nearly a decade. The latter two founders withdrew after the 1955 season, and the company was renamed Lyric Opera of Chicago prior to the beginning of the 1956 season. Ardis Krainik served as Lyric’s general director from January 1981 until her death in January 1997. She is widely recognized for saving the company from financial peril while enhancing its world-class status. Following an extensive international search, William Mason was chosen to succeed Ardis Krainik as general director of Lyric Opera in early 1997. Sir Andrew Davis has served as Lyric Opera’s music director since 2000. At Lyric Opera, Davis has conducted thirty-five productions from 1987 through March 2009.

“Matthew A. Epstein served as artistic director from mid-1999 through April 2005. Previously he was the company’s artistic adviser beginning in 1980. Epstein was instrumental in the development of Lyric’s “Toward the Twenty-First Century” artistic initiative, and during his tenure brought many important new artists to the company.

“In March of 1996, Lyric Opera of Chicago presented Wagner’s Ring cycle for the first time in its entirety. The three Ring cycles sold out months in advance to 10,500 subscribers. The 1996 Ring cycles had a total economic impact of $34.7 million on the Chicago metropolitan area, according to a study conducted by the Regional Economic Applications Laboratory.

“After a four-year absence, Lyric performances returned to the radio airwaves in the fall of 2006 thanks to The Bucksbaum Family Lyric Opera Broadcasts. Approximately twenty-one million listeners locally, regionally, nationally and internationally (Canada and Europe) are expected to hear the broadcasts each year–live on opening nights during the season in the Chicago area, and locally, nationally and internationally during an eight-week spring rebroadcast period.”

Mission Statement
“The mission of Lyric Opera of Chicago is to present grand opera of the highest international caliber, and to nurture an appreciation of opera, music and the performing arts through education and outreach. Every season, Lyric achieves its artistic goals while keeping ticket prices affordable, making great opera accessible to broad, diverse audiences in the Midwest, throughout America, and beyond.” 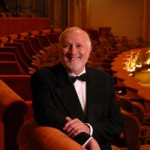 William Mason is general director emeritus of Lyric Opera of Chicago. General director since 1997, Mason has been with the company for more than four decades. He becomes general director emeritus on October 1, 2011, when Anthony Freud becomes general director. Previously Mason served as director of operations, artistic and production for sixteen years. He succeeded Ardis Krainik, Lyric’s general director since 1981, when she died in January 1997. Mason joined the Lyric administration in 1962 under Carol Fox, Lyric’s founding general manager. Mason was Lyric’s production director from 1974 through 1978. From 1962 through 1966, while pursuing a bachelor’s degree in voice from Roosevelt University’s Chicago Musical College, he worked as assistant to co-artistic director Pino Donati, learning the practical fundamentals of opera administration. From 1968 through 1970 he worked in the production department, serving as assistant stage manager during the opera season. While most of his career has been based at Lyric, Mason also served as artistic administrator for the San Francisco Opera from 1979 to 1980. In 1973 he was production manager and assistant director for the Ohio-based Corbett Foundation, which provided funding and production expertise to regional opera companies. In 1972 he worked for Cincinnati Opera as production stage manager. Also that year, he worked for Light Opera of Manhattan, where he assisted in musical preparation, and was also stage manager. In 1971, he was assistant to Felix Popper, music administrator at New York City Opera.

A Chicago native, Mason attended Senn High School and earned his bachelor of music degree in voice from Roosevelt University’s Chicago Musical College. In 2005 he received the Music Institute of Chicago’s Dushkin Award. In 2003 he was awarded the title of Commendatore dell’Ordine Della Stella Della Solidarieta’ Italiana by the Italian government. He is married to Diana Davis. 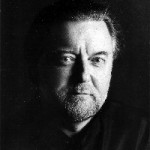 Sir Andrew Davis has served as music director and principal conductor of Lyric Opera of Chicago since 2000. He was named a vice president of Lyric’s Board of Directors in May 2011. Maestro Davis is conductor laureate of the Toronto Symphony Orchestra (having previously served as principal conductor), conductor laureate of the BBC Symphony Orchestra (having previously had the longest tenure as chief conductor since BBCSO founder Sir Adrian Boult) and former music director of Glyndebourne Festival Opera. Sir Andrew serves as artistic advisor to the Besançon International Music Festival and is president of the jury for that festival’s fifty-second International Competition for Young Conductors. In 1992, Maestro Davis was created a Commander of the British Empire for his services to British music, and in 1999 he was made a Knight Bachelor in the New Year Honours List. In 1991, he received the Royal Philharmonic Society/Charles Heidsieck Music Award. Born in 1944 in Hertfordshire, England, Maestro Davis studied at King’s College, Cambridge, where he was an organ scholar before taking up the baton. His diverse repertoire ranges from Baroque to contemporary, and his vast conducting credits span the symphonic and operatic and choral worlds. Sir Andrew is a great proponent of twentieth-century works including those by Janácek, Messiaen, Boulez, Elgar, Tippett and Britten, in addition to the core symphonic and operatic composers’ works. Maestro Davis and his wife, soprano Gianna Rolandi, reside in Chicago where she is the director of The Patrick G. and Shirley W. Ryan Opera Center at Lyric Opera of Chicago. For more information about Maestro Davis, please visit his web site at www.sirandrewdavis.com. 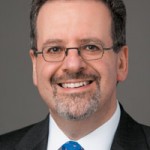 Anthony Freud is the Lyric Opera of Chicago’s general director. The London native is the fourth general director in Lyric’s fifty-seven-year history. Freud is widely recognized for his achievements as general director of both Houston Grand Opera (2006-present) and Welsh National Opera (1994-2005). In both positions Freud has been hailed for spearheading important artistic initiatives, impressive increases in attendance and fundraising, and visionary community-engagement programs to reach diverse new audiences. Current chairman of OPERA America and former chairman of Opera Europa, Freud is the only person ever to have served as chairman of both organizations. He chaired the jury for the BBC Cardiff Singer of the World Competition (1995-2005) and was also a board member of the National Opera Studio in London (1994-2005). He has served on the juries of numerous international singing competitions. Freud was an executive producer for Philips Classics (1992-94), where he managed recording projects for some of the world’s leading classical artists. He was director of opera planning for Welsh National Opera (1988-92), and was previously company secretary (1984-88). Freud began his professional life at London’s famous Sadler’s Wells Theatre (1980-84), where his duties included those of theater manager and company manager.

Freud was born and raised in London by immigrant parents, both of whom were born in Hungary. He attended his first opera at age four, became a regular operagoer in his teens, and has said that by the time he was fourteen he knew he wanted to run an opera company. Freud graduated with honors with a law degree from the University of London King’s College in 1978 and qualified as an attorney in 1979, but chose instead to follow his passion for opera. 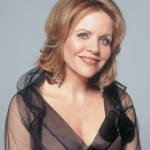 One of the most beloved and celebrated musical ambassadors of our time, soprano Renée Fleming, Creative Consultant to the Lyric, captivates audiences with her sumptuous voice, consummate artistry, and compelling stage presence. Known as “the people’s diva” and named the number one singer by Salzburger Festspiele Magazin in 2010, she continues to grace the world’s greatest opera stages and concert halls, now extending her reach to include other musical forms and media. As a musical statesman, Renée Fleming has been sought after on numerous distinguished occasions, from the 2006 Nobel Peace Prize ceremony to performances in Beijing during the 2008 Olympic Games. An additional distinction was bestowed in 2008, when breaking a precedent, Ms. Fleming became the first woman in the 125-year history of the Metropolitan Opera to solo headline an opening night gala. A three-time Grammy winner, Ms. Fleming won the 2010 Grammy Award for Best Classical Vocal Performance for Verismo (Decca/September 2009), a CD featuring a collection of rarely heard Italian arias.This release follows the critically acclaimed 2008 CD of “Strauss: Four Last Songs” and a DVD of the complete Thaïs by Massenet. In recent years, this twelve-time Grammy-nominated artist has recorded everything from Strauss’s complete Daphne to the jazz album “Haunted Heart,” to the movie soundtrack of “The Lord of the Rings: The Return of the King.” Her recording honors range from the 2009 Echo Award for Strauss’s “Four Last Songs” to the Prix Maria Callas Orphée d’Or by the Académie du Disque Lyrique for TDK’s DVD production of “Capriccio.”
Ms. Fleming is currently a member of the Board of Trustees of the Carnegie Hall Corporation, the Board of Sing for Hope, and the Advisory Board of the White Nights Foundation of America. Additional information about Ms. Fleming can be found at her website:  www.reneefleming.com

Newcity Coverage
Rocking the Opera: Renée Fleming comes to Lyric in a crossover coup
Lyric Opera General Director William Mason to step down after 2011-12 season
Barbershopping
Bombs Away: Peter Sellars returns to Chicago
Shadow of Herself: Soprano Deborah Voigt finds that less is more at the Opera House

Where They Perform
“The world-renowned Lyric Opera of Chicago performs in one of North America’s most beautiful opera houses, the Civic Opera House, at 20 North Wacker Drive. The opera house was the vision of utility magnate Samuel Insull (1859-1938), a populist billionaire known as “the Prince of Electricity.”

“The Civic Opera Building is a majestic limestone skyscraper with a forty-five-story office tower and two twenty-two-story wings. Shaped like a gigantic throne facing the Chicago River between Washington and Madison streets, it was completed after just twenty-two months of planning and construction. The auditorium and its backstage areas occupy approximately one-third of the total space of the building. The distinguishing feature on the Wacker Drive side of the Civic Opera Building is the colonnaded portico that runs the entire length of the building. At the south end, large bronze doors open onto the grand foyer of the Civic Opera House, whose gilt cornices glitter beneath the sparkling lights of Austrian crystal chandeliers and elaborately stenciled ceilings. The magnificent space features a floor and wainscoting of pink and gray Tennessee marble, and fluted Roman travertine columns and pilasters. The forty-foot-high columns are topped with carved capitals covered in gold leaf. In early 1994 the space was named the Daniel F. and Ada L. Rice Grand Foyer in honor of major benefactors. An imposing grand double staircase leads to the mezzanine foyer, where there are thirty-one boxes. Above this box level are two more balconies, each with 800 seats. The Civic Opera House seats 3,563.”

Getting There
Lyric Opera of Chicago
20 N. Wacker Drive at the
corner of Madison & Wacker Drive