Steppenwolf Theatre Company, founded by Jeff Perry, Terry Kinney and Gary Sinise, first began performing in the mid-1970s. The company was founded as an ensemble theater, and began as the collaborative effort of nine actors. Today, the ensemble comprises forty-three actors, directors and playwrights. Steppenwolf produces five main stage productions per season, as well as an expansive “Steppenwolf for Young Adults” series. The School at Steppenwolf and their apprenticeships are nationally recognized education programs for young artists. Steppenwolf has received the National Medal of Arts and nine Tony Awards over the years. The company has a subscription base of over 20,000.

History
“In January of 1974, in Highland Park, Illinois, Gary Sinise was approached by high school classmates Rick Argosh and Leslie Wilson about putting on a production of Paul Zindel’s “And Miss Reardon Drinks a Little.” Gary agreed to be in the production and proceeded to seek out a space where Rick, Leslie and Gary could produce the play. Gary’s parents had a very good friend who had designed a beautiful Unitarian church on Half Day Road in Deerfield, Illinois and it was through this family friend that he was able to secure the right to use the church for this inaugural production of The Steppenwolf Theatre Company. The name Steppenwolf came from the book by Herman Hesse which Argosh happened to be reading at the time. Three more plays were produced under this very first incarnation of Steppenwolf.

“Steppenwolf incorporated as a nonprofit in 1975 and, after a series of meetings, the founders expanded the ensemble to include six other friends from Illinois State University. The company took up residence in the basement of a Catholic school in Highland Park in the summer of 1976 and produced its first season of plays. The nine original members were founders Terry Kinney, Jeff Perry, Gary Sinise and H.E. Baccus, Nancy Evans, Moira Harris, John Malkovich, Laurie Metcalf and Alan Wilder. In 1980 the company moved from Highland Park to the city of Chicago, expanded the ensemble and produced its work in two different spaces before, in 1991, it built its current theatre at 1650 North Halsted Street. Now in its fourth decade as a professional theater company, Steppenwolf has received unprecedented national and international recognition from media, theater critics, and audiences alike.”

Mission Statement
“Steppenwolf Theatre Company is where great acting meets big ideas. Our passion is to tell stories about how we live now. Our mission is to engage audiences in an exchange of ideas that makes us think harder, laugh longer, feel more.“The company was formed in 1976 by a collective of actors and is dedicated to an ethic of mutual respect and the development of artists through ongoing group work. Steppenwolf has grown into an internationally renowned ensemble of forty-three artists who represent a remarkable generation of actors, directors and playwrights.” 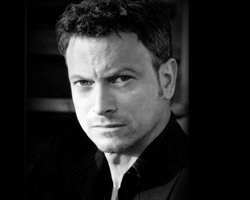 Gary Sinise is a co-founder of Steppenwolf Theatre Company. He is a three-time Tony-nominee, twice for acting in Steppenwolf’s productions of “One Flew Over the Cuckoo’s Nest” and “The Grapes of Wrath” and once for Best Director of “Buried Child.” Gary has also directed some of Steppenwolf’s most notable productions, including “Orphans,” the Viet Nam veteran drama “Tracers” and Sam Shepard’s “True West,” which he later performed with John Malkovich in Steppenwolf’s New York debut and received an Obie award for directing. He’s appeared in many films including “Apollo 13,” “Ransom,” and received an Oscar nomination for Best Supporting actor for “Forrest Gump.” On the small screen he’s won the Emmy for Best Actor in “George Wallace” and a Golden Globe for “Truman,” and currently appears in “CSI: New York.” He plays electric bass in his band, The Lt. Dan Band, and is committed to Operation Iraqi Children, a grassroots program he co-created with Laura Hillenbrand that sends school supplies to our troops for the children of Iraq. He was awarded the Presidential Citizen Medal for his work, the second highest honor an American can receive. 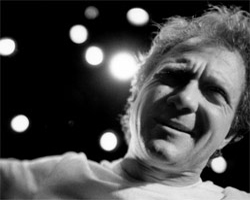 Jeff Perry is a co-founder of Steppenwolf Theatre Company. He served as Steppenwolf Artistic Director from 1982 to 1985 and 1986 to 1987 and was integral to the founding of The School at Steppenwolf, where he continues to teach and direct. Jeff’s many acting credits at Steppenwolf include “Balm in Gilead” (also Off-Broadway), “The Time of Your Life” (also Seattle, San Francisco), “Picasso at the Lapin Agile” (World Premiere), “The Grapes of Wrath” (also Broadway and London), “The Caretaker” (also Broadway) and “Streamers” (also Kennedy Center). Jeff has appeared on television in “Nash Bridges,” “Thirtysomething” and “My So-Called Life,” which he occasionally directed.

Terry Kinney is a co-founder of Steppenwolf Theatre Company. Terry won a Tony award for Best Revival for his production of “One Flew Over the Cuckoo’s Nest.” Terry brings passionate intellect to both his acting — Steppenwolf’s “Buried Child,” HBO’s “Oz” and “The Laramie Project” — and to his direction Steppenwolf’s “…And a Nightingale Sang…,” “One Flew Over the Cuckoo’s Nest” and “The Violet Hour.” 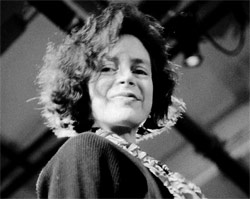 Martha Lavey has been the Steppenwolf Artistic Director since 1995. While leading one of the most acclaimed theater companies in the world, Martha has also appeared at Steppenwolf in “Good Boys and True,” “Love-Lies-Bleeding,” “Lost Land,” “I Never Sang for My Father,” “The House of Lily,” “Valparaiso,” “The Memory of Water,” “The Designated Mourner,” “Supple in Combat,” “Time of My Life,” “A Clockwork Orange,” “Talking Heads,” “SLAVS!,” “Picasso at the Lapine Agile,” “Ghost in the Machine,” “A Summer Remembered,” “Love Letters,” “Aunt Dan and Lemon” and “Savages.” Elsewhere in Chicago she has performed at the Goodman, Victory Gardens, Northlight and Remains theaters and in New York at the Women’s Project and Productions. She has served on grants panels for the National Endowment for the Arts, The Theatre Communications Group (TCG), Three Arts Club, USA Artists and the City Arts panel of Chicago. Lavey holds a doctorate in Performance Studies from Northwestern University and is a member of the National Advisory Council for the School of Communication at Northwestern and a board member of TCG. She is a recipient of the Sarah Siddons Award and an Alumni Merit Award from Northwestern University. 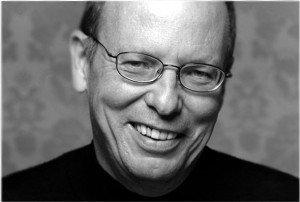 Prior to serving as Steppenwolf’s Executive Director, David Hawkanson was the Managing Director of the Guthrie Theater in Minneapolis, Minnesota, under the artistic leadership of Joe Dowling. Before the Guthrie, he served for eight years as the Managing Director of Hartford Stage Company in Connecticut with Artistic Director Mark Lamos. Earlier in his career, he was Managing Director of the Arizona Theatre Company. He was a former senior staff member at the National Endowment for the Arts and subsequently chairman of its Theater Program. He has also had an active career as an arts management consultant and trustee for many national organizations and foundations. He currently serves as a trustee of Door County’s Peninsula Players and the League of Chicago Theatres and is Chairman of the Arts Alliance Illinois. He is a graduate of Lawrence University.

Newcity Coverage
Looking Back: “First Look” at Steppenwolf finds inspiration in the past
To Bard, or Not to Bard: Why Shakespeare is finally coming to Steppenwolf
There Will Be Skin: Heather Woodbury imagines a stripper’s century
Galati-esque: Steppenwolf takes on Haruki Murakami’s “Kafka on the Shore”

From Newcity: Ensemble Unveiled: How Steppenwolf gets its members

Where They Perform
Steppenwolf opened its theater space in 1991.

“The Steppenwolf Upstairs Theatre is a 299-seat proscenium theatre that reflects Steppenwolf’s commitment to the intimacy of the actor-audience relationship. Each season, one subscription series play is produced in the Upstairs Theatre. The driving artistic purpose of presenting subscription productions in the Upstairs is to provide audiences with a more intimate theatrical experience.

“The Steppenwolf Garage Theatre is the company’s most intimate performance space, showcasing the work of emerging actors, directors, writers and designers and is dedicated to nurturing the best new voices in the American theatre.”

Getting There
Steppenwolf Theatre
1650 N. Halsted Street in Chicago, IL