The Neo-Futurists are an ensemble company based in Andersonville known for their production of “Too Much Light Makes The Baby Go Blind,” an ever-changing repertory of thirty plays to be performed in sixty minutes. Inspirations for the company were drawn from the Italian Futurists, Dada, Surrealism, the experimental theater of the 1960s and social consciousness and the “poor theater” aesthetic from the eighties. “Too Much Light” is in its twenty-fourth year of performances, making it the longest running show in Chicago. The Neo-Futurists also incorporate main stage productions into their season, along with a mix of themed TMLs, “Daredevil” pieces, and events like “It Came From the Neo-Futurarium” (a festival of staged, poorly-reviewed movies). They often perform at international fringe festivals, and have a partner company of Neo-Futurists in New York City.

History
“‘Too Much Light Makes The Baby Go Blind’ opened at Stage Left Theater in Chicago on December 2, 1988. Conceived and directed by Greg Allen, the show was written and performed with an eight-person ensemble and billed as ‘an ever-changing attempt to perform Thirty Plays in Sixty Minutes.’ Our first anniversary shows in December garnered national press which, along with enthusiastic word of mouth, catapulted us into a run of sold-out performances which extended over two years and included a move to Live Bait Theater. During this period, we officially incorporated as a 501(c)3 Not-For-Profit Organization, took ‘Too Much Light’ on its first sold-out tour to New York City, and mounted our second original Neo-Futurist production, ‘Leary (An Expansion of a Deconstruction with Extracontextualization),’ also premiering at Live Bait. On Valentine’s Day 1992, the Neo-Futurists proudly opened their own space, appropriately dubbed The Neo-Futurarium.”

The first book of “Too Much Light” plays was published in 1993. In 1995, the Neo-Futurists began touring, beginning with Aspen, Colorado and Transylvania, Romania. In the same year, their New York company was established for a two-year run of “Too Much Light,” as well as an expansion of their prime-time programming. Their 1999 production of “K” was a hit locally and at the New York International Fringe Festival, where Greg Allen was awarded Best Director Award. They have since won more awards at the New York festival, and “Too Much Light” won the First Fringe award at the Edinburgh Fringe Festival.

The Neo-Futurists restarted their New York branch in 2003-2004. Their “Daredevils” series began during the 2005 season. The Neo-Futurists have now published three books of their plays, and Greg Allen teaches residencies in Neo-Futurism in schools across the country.

Mission Statement
“As a group, we are dedicated to:
-Strengthening the human bond between performer and audience. We feel that the more sincere and genuine we can be on stage, the greater the audiences’ identification with the unadorned people and issues before them.
-Embracing a form of non-illusory theater in order to present our lives and ideas as directly as possible. All our plays are set on the stage in front of the audience. All our characters are ourselves. All our stories really happened. All our tasks are actual challenges. We do not aim to “suspend the audience’s disbelief,” but to create a world where the stage is a continuation of daily life.
-Embracing the moment through audience interaction and planned obsolescence. In order to keep ourselves as alive on stage as possible, we interweave elements of chance and change — contradicting the expected and eliminating the permanent.
-Presenting inexpensive art for the general public. We aim to influence the widest audience possible by keeping our ticket prices affordable and our productions intellectually and emotionally challenging yet accessible.” 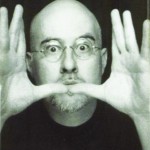 Greg Allen is the Founding Director of The Neo-Futurists and creator of “Too Much Light Makes The Baby Go Blind (Thirty Plays in Sixty Minutes)” and thirty other full-length Neo-Futurist productions including “The Last Two Minutes of the Complete Works of Henrik Ibsen,” “Jokes and Their Relation to the Unconscious (a comedy to end all comedy),” “A Child’s History of Bombing,” “Crime and Punishment: A (mis)Guided Environmental Tour with Literary Pretensions,” “H20” and “K.,” his award-winning adaptation of Kafka’s The Trial. He has written, directed and performed more than 500 original plays for “Too Much Light…” in its continuous run since opening December 2, 1988. Greg has also written, directed and performed his original work for the biggest theater companies in Chicago–Steppenwolf, The Goodman, Northlight, The Organic, Court Theater–as well as the smallest–Prop, Curious, Greasy Joan, Live Bait, Links Hall, Second Story and The Building Stage. He also the founder of The New York Neo-Futurists who have been performing “Too Much Light Makes The Baby Go Blind” fifty weeks a year in Manhattan since 2004. Greg teaches Neo-Futurism in residencies at theaters and universities in Chicago, across the country, and abroad.

Where They Perform
“On Valentine’s Day 1992, the Neo-Futurists proudly opened their own space, appropriately dubbed The Neo-Futurarium. Situated over a funeral home in Chicago’s Andersonville neighborhood, the new permanent home boasted a 150-seat theater, a lobby/rehearsal space of equal size, a kitchen, and a dozen other small, funky rooms.”