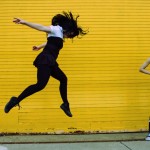 The Other Dance Festival
Autumn commences each year with this month-long series of the best Chicago modern dance has to offer. This year’s lineup includes two dozen companies and individual artists, along with flash mobs, hobnobs and a birthday party to celebrate the Fest’s hitting double digits.
September 6–30 at the Hamlin Park Fieldhouse 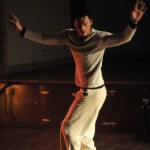 Khecari “Whence”
Jonathan Meyer and composer Christopher Preissing conclude their three-part exploration of awkwardness, confession and fear with “Whence.” Meyer and Preissing strived to give equal weight to movement (solo performance by Meyer) and sound (three female vocalists and twelve-channel recordings) in a project that bridges the gap between autobiography and universality.
September 9–18 at Lacuna Artist Loft Studios 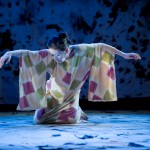 Eiko and Koma “Regeneration”
The MCA presents a forty-year retrospective of work by dance artists Eiko and Koma. Japanese-born, residing in the U.S. since 1976, the couple’s rigorous work is informed by butoh, Zen Buddhism and German modern dance. Reflections on childhood, nature, solitude and time saturate the three pieces on the program.
September 22–24 at the MCA Stage 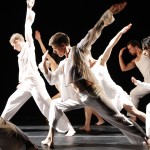 Bill T. Jones/Arnie Zane Dance Company “Classics Revived”
Jones looks into the past in his return to Chicago, presenting restaged works created with Zane in the late seventies and early eighties. Jones and Zane were leaders of postmodernism in dance; this program is a chance to see how young artists have built upon their early explorations of non-narrative dancemaking.
September 29–October 1 at the Dance Center of Columbia College 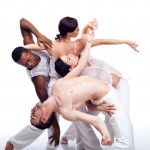 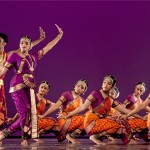 Natya Dance Theatre “The Flowering Tree”
The classical Indian company tells the tale of a beautiful girl with the ability to transform into a flowering tree. When she weds a prince and her gift is discovered, trouble brews. Narration and a fusion of jazz, Japanese and African drumming drive this family-friendly show.
October 8 at the Harris Theater for Music and Dance 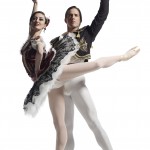 Joffrey Ballet “Don Quixote”
In this commissioned world premiere, Yuri Possokhov tells the tale of Don Quixote from the perspective of the mad knight. Possokhov bases some of the choreography on Marius Petipa’s famous version, but projection and puppetry aid the transformation of windmills into dragons.
October 12–23 at the Auditorium Theatre 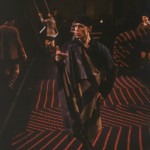 Pick Up Performance Co(s) “Dancing Henry Five”
“Henry V” is condensed through a mix of theater, narration, dance and prop manipulation in David Gordon’s hour-long piece on the immorality of war. Music is borrowed in part from the score of the 1945 film along with pieces of dialogue from the lips of Sir Lawrence Olivier and Christopher Plummer.
October 13–15 at the Dance Center of Columbia College 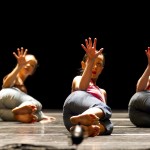 Hubbard Street Dance
The Fall Series promises to leave crowds at the Harris searching for their breath once again, with a new piece by Twyla Tharp set by the Hubbard Street dancers. The program will also include the ingenious “Walking Mad” by Johan Inger and the poetically stunning “Arcangelo” by Nacho Duato.
October 13–16 at the Harris Theater for Music and Dance 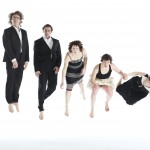 Lucky Plush Productions “The Better Half”
The movie “Gaslight” is the launching pad for this collaboration between Lucky Plush dancers and circus artists from 500 Clown, who dissect and really run with the concept straight into ingenious flights of physical imagination and poignant explorations of marriage and relationships.
October 27–November 6 at the MCA Stage 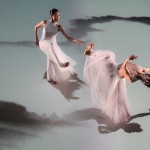 Cloud Gate Theatre of Taiwan “Water Stains On The Wall”
The stunning Cloud Gate Theatre, informed by meditation, chi kung, martial arts as well as ballet and modern dance, returns to the Harris to perform a new work by Lin Hwai-min on the aesthetics of Chinese calligraphy.
October 28–29 at the Harris Theater for Music and Dance 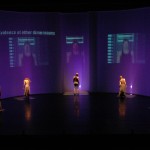 Dance Exchange “The Matter of Origins”
Liz Lerman takes audiences from Madame Curie’s lab to the Large Hadron Collider in an interactive, multimedia performance about physics and the origins of matter. The show will have dedicated time for conversation and is presented as part of the Chicago Humanities Festival.
November 10–13 at the MCA Stage 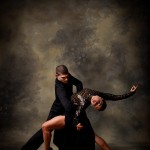 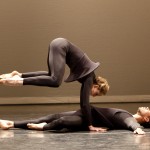 Merce Cunningham Dance Company “The Legacy Tour”
This is the final chance to see the legendary company trained by the man before they disband at the end of the year. Two programs pay tribute to a godfather of the avant-garde, highlighting some of his most fruitful collaborations.
November 18–19 at the Harris Theater for Music and Dance