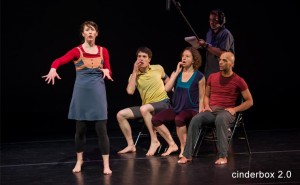 Lucky Plush
After two years of touring and collecting awards, Lucky Plush returns home with an extended-run double feature: “The Better Half,” an exploration of relationships by way of the film “Gaslight,” and “Cinderbox 2.0” a reworking of their surreal take on media voyeurism. October 3-13 at Links Hall 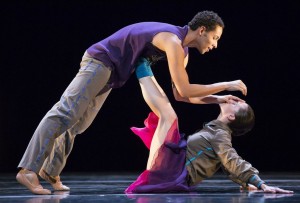 Same Planet Different World/Peter Carpenter
Carpenter and SPDW dance together in a new work by NY-based Netta Yerulshamy and separately in their own new works: “Whiteout” from Joanna Rosenthal and SPDW, and the next installment of Carpenter’s sociopolitical dance theater cycle “Rituals of Abundance for Lean Times.” October 10-12 at the Dance Center of Columbia College

Dance: A Moving Canvas
This original project from the dance advocacy nonprofit Audience Architects cultivates a group of interested audience members, then brings them into dialogue with dance and visual artists, providing feedback that is responded to and incorporated on the spot. October 16 at the Chicago Artists Coalition Gallery

Bill T. Jones/Arnie Zane Dance Company
Bill T. Jones returns to Chicago with “Story/Time,” a series of layered, one-minute stories that range from humorous to poetic to philosophical to surreal. October 24-26 at the Dance Center of Columbia College