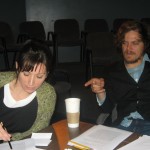 MISTAKES WERE MADE
Founding member Michael Shannon returns to A Red Orchid stage after his Oscar nomination, in this world premiere from “Six Feet Under” scribe Craig Wright, helmed by stalwart director Dexter Bullard.
In previews September 4; opens September 10 at A Red Orchid Theatre 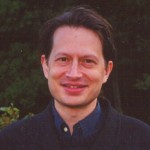 YEAST NATION (THE TRIUMPH OF LIFE)
The Chicago premiere of the rock musical from Mark Hollmann (pictured) and Greg Kotis, the formerly Chicago-based creators of Tony-winning “Urinetown,” marks the beginning of the first season for ATC without its founding ensemble, most of whom departed in a walkout en masse last spring citing differences with artistic director PJ Paparelli.
Begins September 10 at American Theater Company 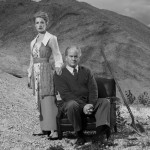 FAKE
Ensemble member playwright-director Eric Simonson’s consumed with a fairly minor subject—The Truth—these days. We saw a foreshadowing of this obsession in the developmental production of his “Honest” in Steppenwolf’s “First Look Repertory of New Work” this summer, and this fall, they’ll unveil his latest finished work, “Fake,” which explores the dirt dug up during the events surrounding the Piltdown hoax which purportedly found the “Missing Link.”
Begins September 10 at Steppenwolf

YEAR ZERO & THE ELABORATE ENTRANCE OF CHAD DEITY
The first fruits of Victory Gardens’ ambitious Ignition Festival—its national new-play festival targeted at playwrights of color under 40—will be harvested this fall in overlapping world premieres. “Year Zero” by Michael Golamco, the story of a Cambodian family in California comes first, followed by Kristoffer Diaz’s “The Elaborate Entrance of Chad Deity,” a co-production with Teatro Vista, described as a look at “professional wrestling, geopolitics and refrigerator crispers.”
“Year Zero” begins September 11 and “The Elaborate Entrance of Chad Deity” begins September 25 at Victory Gardens 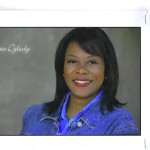 MA RAINEY’S BLACKBOTTOM
Court Theatre returns to the August Wilson canon with the only play he set on the South Side of Chicago, the seminal look at the blues experience, helmed by veteran director OJ Parson.
Begins September 17 at at Court Theatre 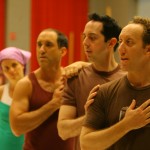 ANIMAL CRACKERS
Goodman updates the Marx Brothers’ final Broadway musical and subsequent hit movie, with its book by George S. Kaufman and Morrie Ryskind. Sadly, they have to do so without the real Groucho, Harpo and Chico, but Joey Slotnick, Molly Brennan (!) and Jonathan Brody will have to do.
Begins September 18 at the Goodman 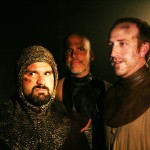 ST. CRISPIN’S DAY
In the spirit of “Rosencrantz and Guildenstern Are Dead,” the Midwest premiere of Matt Pepper’s black comedy revisits the world of Shakespeare’s “Henry V: and depicts Bardolph, Pistol and Nym plotting to overthrow the king and avoid the Battle of Agincourt.
Begins September 24 at Strawdog Theatre 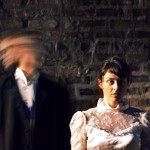 FEAR
It’s about time that the Neos used the funeral parlor down below to evoke a proper scare, in this Halloween-inspired journey through the works of Edar Allen Poe, created by Noelle Krimm. Literary? Yes. Literal? We doubt it.
Begins September 24 at Neo-Futurists 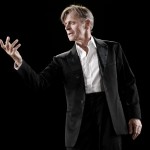 MIKHAIL BARYSHNIKOV
In a rare solo performance, Baryshnikov will dance the Chicago premiere of “Three solos and a duet: with dance partner and collaborator Ana Laguna.
Begins September 25 at the Harris Theater

THE MERCY SEAT
Profiles offers up its seventh Neil LaBute midwest premiere, this time his theatrical response to the events of 9/11, reflected through the prism of a couple exploring their relationship the day after.
Begins September 25 at Profiles

FEDRA: QUEEN OF HAITI
Lookingglass cooks up another ensemble-penned world premiere, this one a retelling of the Greek Myth of Phaedra by J. Nicole Brooks, set in an imaginarily powerful Haiti, directed by Laura Eason.
Begins September 30 at Lookingglass 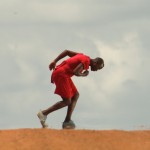 Nora Chipaumire with Thomas Mapfumo and The Blacks Unlimited: lions will roar, swans will fly, angels will wrestle heaven, rains will break: gukurahundi
Zimbabwean exiles dancer/choreographer Chipaumire and musician-poet Mapfumo team up to “rebrand” Africa in considering the continent’s migrant experience.
Begins October 1 at the Museum of Contemporary Art 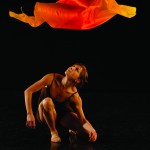 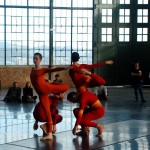 MERCE CUNNINGHAM DANCE COMPANY
This first, and perhaps last, Chicago appearance after the death at 90 of contemporary dance’s greatest choreographer this summer offers a unique chance to see the company in the intimate space of the Dance Center.
Begins October 1 at the Dance Center of Columbia College 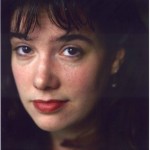 LUCINDA’S BED
Accomplished Chicago playwright Mia McCullough offers up a world premiere that tells a woman’s life story from the perspective of her bed and its vicinity.
Begins October 1 at Chicago Dramatists 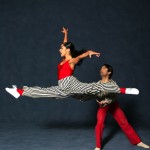 MIAMI CITY BALLET
One of the largest dance companies in America heads north to share its “superhuman” mix of the classical and contemporary, featuring works by Balanchine and Twyla Tharp alike, under the artistic helm of celebrated dancer Edward Villella.
Begins October 2 at the Auditorium Theatre

MY FELLOW AMERICANS
Peter Carpenter’s dance-theater work explores the legacy of Ronald Reagan, and the gap between his optimism and the negative effects of his policies.
Begins October 8 at the Hamlin Park Field House (petercarpenterperformance.com)

10th ANNIVERSARY FALL SEASON
Luna Negra celebrates a milestone without founder Eduardo Vilaro at the helm ( he’s left for New York), though he’s represented by the world premiere of his “Danzón” with live music by jazz legend Paquito D’Rivera and the Turtle Island Quartet.
October 10 at Harris Theater 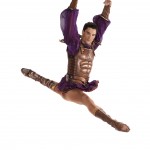 THE HYPOCRITES: FRANKENSTEIN
See feature.
Begins October 21 at the Museum of Contemporary Art

PUNK YANKEES
Lucky Plush Productions marks its tenth anniversary with an ambitious exploration of intellectual property in the context of dance, using performance, video and the Internet.
Begins October 22 at the Dance Center of Columbia College 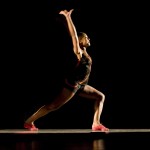 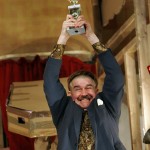 THE WALWORTH FARCE
One of the great delights coming out of the Bards of Navy Pier is their World’s Stage Series, wherein they import theater from parts abroad that most of us would never see otherwise. This fall, they host the Druid company out of Ireland, who will perform the farce-meets-social-commentary that sold out Britain’s National Theatre and collected an Edinburgh Fringe First Award.
Begins October 28 at Chicago Shakespeare 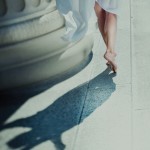 WHEN SHE DANCED
TimeLine co-founder and director of the current smash hit “The History Boys” returns to direct a portrait of the mother of modern dance, Isadora Duncan.
Begins November 4 at TimeLine 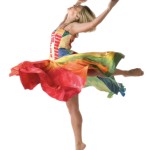 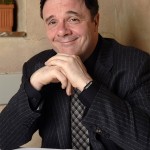 THE  ADDAMS FAMILY
The Broadway-destined musical from the creative team behind “Jersey Boys” and others, based on the bizarro-family New Yorker cartoons of Charles Addams, has its world-premiere test run here in Chicago. Nathan Lane and Bebe Neuwirth play Gomez and Morticia.
Begins November 13 at the Ford Center for the Performing Arts, Oriental Theatre 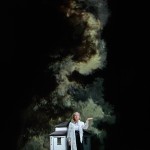