Spirits to Enforce
Twelve superheroes fundraise for their production of Shakespeare’s “The Tempest.” What else needs to be said? Abraham Werewolf brings this Mickle Maher play back to Chicago.
Begins September 6 at Abraham Werewolf

Sweet Bird of Youth
David Cromer’s latest project, so keep an eye on this one. Academy Award nominee Diane Lane and Broadway’s Finn Wittrock star in this Tennessee Williams classic.
Begins September 14 at the Goodman Theatre

Geography of a Horse Dreamer
Carlo Lorenzo Garcia tackles Sam Shepard’s dark tale of exploitation and abduction. A man who can predict the outcomes of horse races through his dreams begins to lose his gift to the chagrin of his abductors, who have been capitalizing on it.
Begins September 20 at Mary-Arrchie Theatre 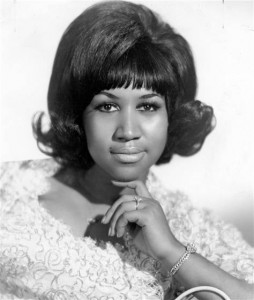 One Name Only
Black Ensemble Theater opens their season committed to rhythm and blues with the ladies of soul. Written and directed by BE Associate Director Rueben Echoles, the show features the music of Aretha, Gladys, Patti, Diana and Chaka and the conceit of a reality show to offer up this audience-interactive tribute performance.
Begins October 7 at Black Ensemble Theater

Black Watch
The National Theatre of Scotland returns with their brilliant “Black Watch.” If you didn’t catch it the first time, now is your chance.
Begins October 10 at the Broadway Armory

Simon Boccanegra
One of Verdi’s great operas with a juicy part for a baritone—Thomas Hampson (of “Macbeth” fame) tackles the title role with a cast of Lyric favorites like Ferruccio Furlanetto and Frank Lopardo.
Begins October 15 at the Lyric Opera 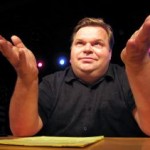 Mike Daisey: “American Utopias”
After his foray into the realm of journalism with “The Agony and Ecstasy of Steve Jobs” kind of blew up in a not-so-good way, the storyteller brings his latest piece back to his familiar haunt: the theater.
Begins November 1 at MCA Stage

The Book of Mormon
Tony Award-winning. A smash hit. Incredibly irreverent. Need we say more? Get tickets if you can.
Begins December 11 at the Bank of America Theatre