The Crownless King
This second installation in The House Theatre of Chicago’s epic trilogy weaves a hero myth as it follows the adventures of a young king. Tony winner Tracy Letts returns as the voice of a giant animatronic dragon. Begins August 30 at The Chopin Theatre

The Old Man And The Old Moon
Pigpen Theatre Co. earned a number of accolades with this show in New York—now they team up with Writers’ Theatre to bring this imaginative fable to Chicago. Begins September 3 at Writers’ Theatre

Hank Williams: Lost Highway
Damon Kiely returns to American Blues Theater to direct this Hank Williams tribute that features more than twenty of his most memorable songs and a star (Matt Brumlow) who already proved his Hank Williams cred in the 2011 “Nobody Lonesome For Me.” Begins September 5 at Greenhouse Theater Center

The Wheel
Zinnie Harris’ unnerving play gets an American premiere at Steppenwolf, helmed by Tina Landau and featuring the return to the stage of Academy Award-nominee and Steppenwolf ensemble member Joan Allen after nearly two decades away. Begins September 12 at Steppenwolf Theatre

B-Side Studio
This episodic joint effort between The Inconvenience, The New Colony and the University of Chicago’s Theater and Performance Studies Program is a sitcom performed and recorded in front of a live studio audience each weekend and released online the following week. Begins September 13 at the Reva and David Logan Center for the Arts

Pullman Porter Blues
Director Chuck Smith marks his twentieth anniversary with the Goodman by directing this music-centric foray into the lives of African-American Pullman train porters in the 1930s that features a live, on-stage band. Begins September 14 at the Goodman Theatre

Joan of Arc
This Chicago premiere with Chicago Opera Theater will be sung in Italian with projected English subtitles and features an entire calendar of events surrounding it, including films and informational discussions.
Begins September 21 at Harris Theater for Music and Dance 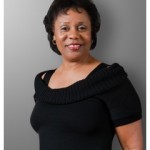 Old Jews Telling Jokes
The title says it all… or at least most of it. Inspired by the website oldjewstellingjokes.com, this show premiered in New York last year and is still running. In September, Chicago gets a chance to laugh with these old Jews.
Begins September 25 at Royal George Theatre

Taylor Mac:  An Abridged Concert of the History of Political Popular Music
Taylor Mac, called “the best cabaret performer” in New York by TimeOut makes his debut at the MCA with this exploration on the history of popular music. Begins September 27 at the Museum of Contemporary Art