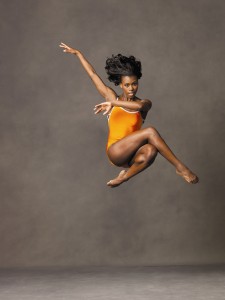 Calendars align as Alvin Ailey rolls through Chicago the same weekend Hubbard Street performs an Alonzo King piece created for Ailey. It’s a small modern dance world after all, but Alvin Ailey is one of the biggest fish in an ever-growing pond. Judith Jamison steps down as artistic director this year (the successor to Ailey), leaving a legacy behind her and a company she helped make a household name. The program—the last under Jamison’s leadership to be performed in Chicago—is a tribute to old and new: “Revelations” every night of course, but also two new works by AD-to-be Robert Battle that portray two sides of masculinity—aggression and vulnerability (sadly, never in the same evening)—and a company history lesson by Christopher L. Huggins entitled “Anointed” that nods to the passing of the torch from founder to Jamison to Battle. Three more Chicago premieres pepper the program, including one by Ailey, set to the music of Duke Ellington and celebrating the lives of Balthazar, Solomon and MLK. (Sharon Hoyer)