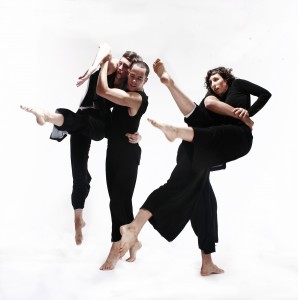 In just five years, the Chicago Dancing Festival has grown from a one-night showcase at the Pritzker Pavilion to a five-day multi-venue event encompassing performance, film and lecture. Like Lollapalooza, Dancing Festival tickets are snapped up shortly after they’re released. One difference being that, instead of $190 a pop, it’s all free.

Celebrated New York choreographer and Chicago native Lar Lubovitch along with dancer Jay Franke curate programs that include renowned companies from across the country, giving us the unique opportunity to see Martha Graham’s, Merce Cunningham’s and Mr. Lubovitch’s companies all in the same evening. I spoke with Jay Franke about the birth, growth and future of the festival.

How did you conceive of the festival?

Lar and I danced together at Hubbard Street and I danced in his company in New York later. We both felt there was a need for a dance festival in Chicago. We felt if we were able to give an audience access to the best that was out there, we would attract and grow a new audience for dance. We had our eye on the Pritzker—it’s a very grand performance space and democratic. We had 8,500 people show up to our first performance, so we felt we had an overnight hit on our hands.

The program has grown significantly from there.

There are portions of this year we’ve wanted to expand on and now are able to financially and in terms of the audience. We’re doing the Moves program at the MCA, which is more avant-garde, experimental work. It’s great to show ballet and the big companies, but it’s also important to give those younger artists an opportunity to be part of what we’re doing. And to show our audiences that you can enjoy pink tights and tutus, but you can also enjoy barefoot, highly contemporary work that is leading the way to the future of dance.

We have tickets left for the Masters program at the Auditorium Theatre. It’s been part of the festival since the second year. After the success of the first year, Lar and I thought the next step was to educate the audience that might be new to dance. We want them to know about Martha Graham, Jose Limon—the foundation of American dance.

What changes would you like to see in years to come?

Every year we’ve been able to change the rules a bit. Mayor Emanuel has been supportive of us. With his help, we’d love to see the program expand to smaller neighborhoods. We’re very centrally located downtown, but I feel there’s a vast audience on the South Side and the West Side who don’t have access to the kind of art we’re presenting. (Sharon Hoyer)