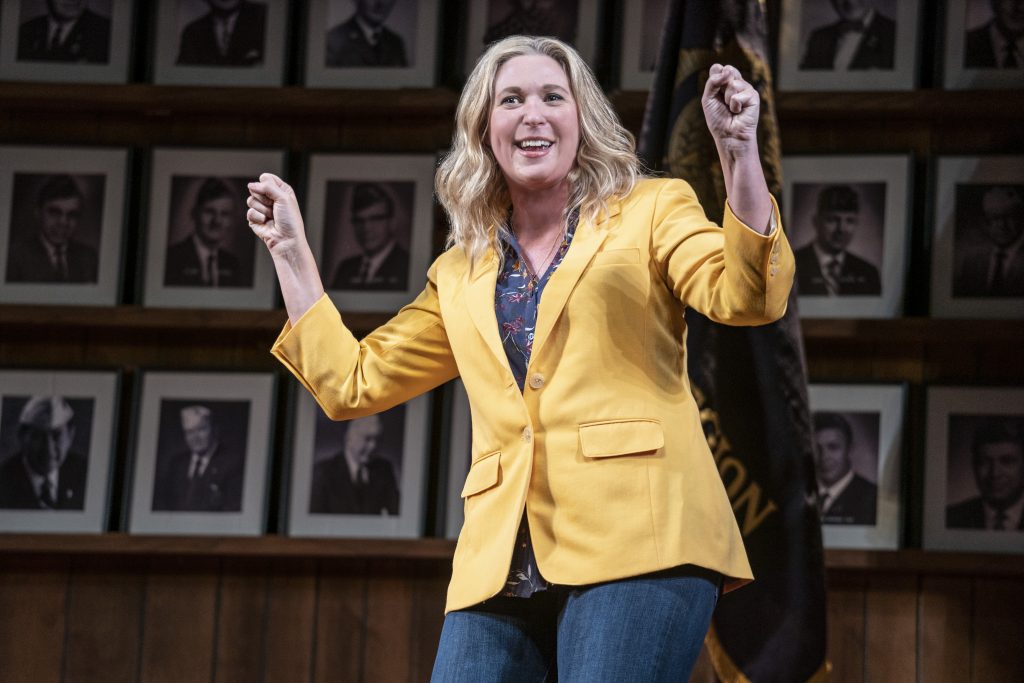 Over the last few years, I’ve often thought about what I’ve come to believe is a major flaw in our thinking about schooling in American society, that thinking being that education is a universal necessity for children and young adults, but optional as we age. What if, at some point in middle age, we were all required to go back to school? It not only might facilitate course corrections on unrewarding career paths but also offer us a chance to revisit topics taught when our lack of life experience limited our understanding of them.

For example, what if we all studied the U.S. Constitution again? The state of Illinois requires all high school students to pass a constitution test in their junior year and, for most of us, that’s the first and last time we’ll actually read it.

It’s in this time of our lives that Heidi Schreck’s mostly one-woman monologue, the Pulitzer finalist and Tony-nominated “What the Constitution Means to Me,” first unfolds. Heidi, played with vigor in this production by Cassie Beck, is a fifteen-year-old student debating the Constitution in hopes of an American Legion scholarship. It’s as fusty as my high school memory of that age, and portends a night in the theater out of step with our times. But she quickly steps into the present, and delivers a powerful, disturbing contemplation of the founding document’s shortcomings, especially as it relates to women’s rights and their lack thereof through most of our nation’s history, complete with recorded sound effects courtesy of the United States Supreme Court. And then, just as we have reached a point of utter despair for our country, she brings out a high school student of today to debate the Constitution with her, leaving us with a glimmer of hope for the future generation.

In my fantasy world of education in middle life, “What the Constitution Means to Me” would be part of the core curriculum, and then we might even have hope for our own generation, as led astray by social media and cable news as it is. But alas, the show’s run has been cut short due to poor ticket sales. And that kind of says it all.

At the Broadway Playhouse, 175 East Chestnut, through November 7.