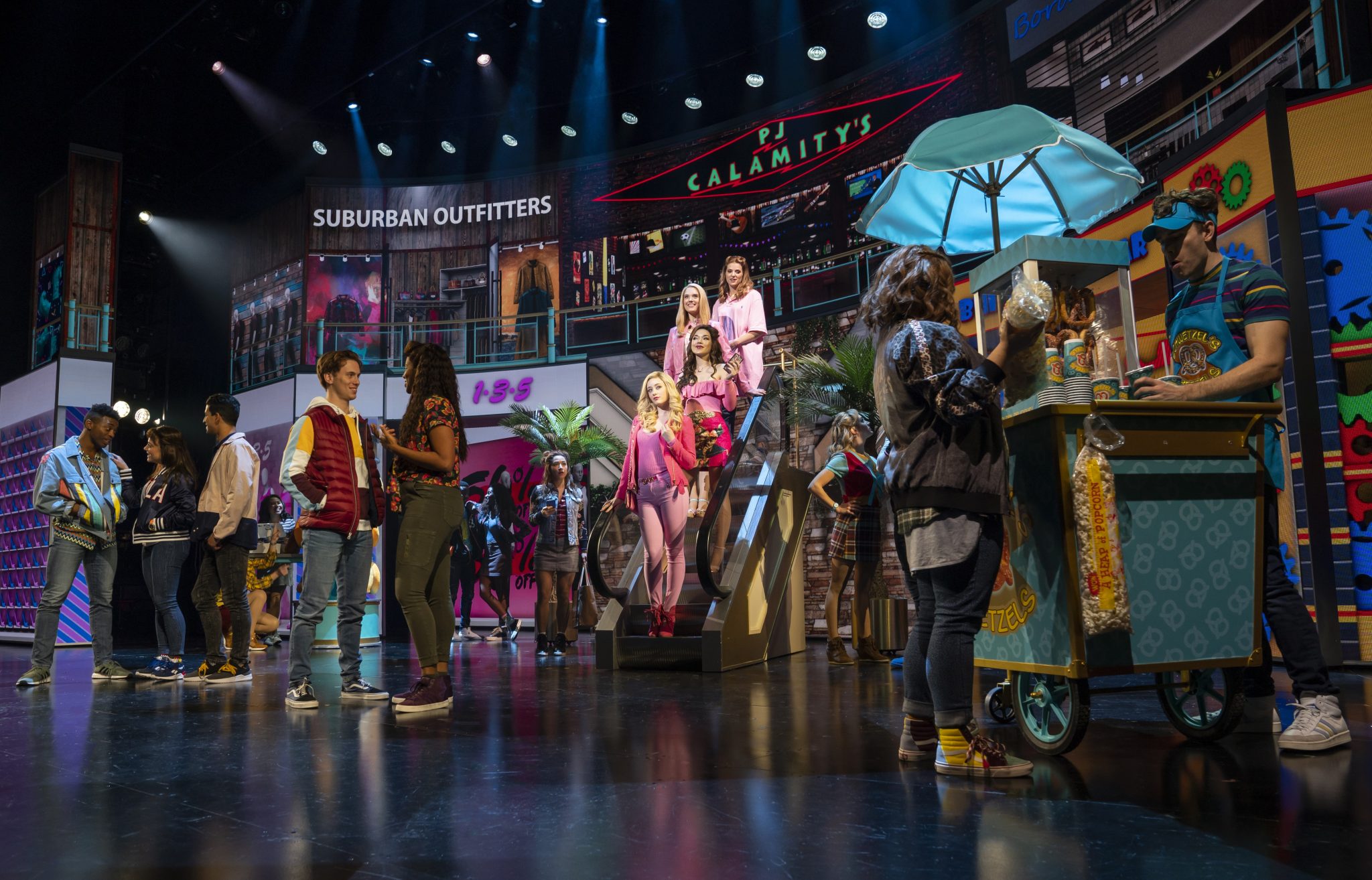 Near the end of “Mean Girls”—both the original hit 2004 film and its subsequent 2018 musical adaptation—Regina George, the mean queen bee of North Shore High School, gets hit by a bus. In the film, her untimely accident is a jarring comedic set piece that shocks the viewer with its abrupt arrival. In the musical, we are told (twice!) that someone will get hit by a bus in a newly devised framing-device prologue found within the first five minutes of the show.

It’s choices like these, scattered throughout the show, that made me question whether anyone who hadn’t seen the original “Mean Girls” film would find anything of value in this regurgitated piece of pop-culture nostalgia. It’s a question I keep coming back to a lot these days: why does this show exist? There are the obvious answers: it’s a musical written for Broadway, a commercial market that, alongside much of contemporary popular culture, is capitalizing on intellectual property in such a meaningless way that the IP bubble is sure to burst any day now.

Capitalist desires aside, why is “Mean Girls” a musical? With a book by Tina Fey (screenwriter of the original film), music by Jeff Richmond (composer and songwriter for “30 Rock” and “Unbreakable Kimmy Schmidt”) and lyrics by Nell Benjamin (co-songwriter for “Legally Blonde: the Musical”), there’s no shortage of creativity and talent on this writing team. And director/choreographer Casey Nicholaw has crafted a fast-paced well-oiled machine of a production to tell the story of new girl Cady Heron, who gets sucked into the wild world of high school cliques, drama and popularity.

But much of the movie’s success came from the humor being delivered in a form suited to the medium of film. Editing, cinematography and the subtleties of film performance work wonders for Fey’s quippy script. Trying to deliver these same moments within the bombastic frame of a Broadway musical saps them of their weight. And while there are certainly some damn good performances in this touring production (Danielle Wade as Cady, Mariah Rose Faith as Regina and Mary Kate Morrissey as Janis are all stars in their own right), they’re lost in a musical that’s not funny enough to write it off as a “silly musical comedy,” nor meaningful enough to be taken seriously as a piece of musical theater writing.

The best musical theater adaptations are those that find a way to present their source material in a fresh light. Ideally, they can create a singular piece of entertainment and storytelling that does more than make you think “Huh…yeah, that movie was pretty good. Maybe I’ll watch it again.”  But “Mean Girls” is so indebted to its source in such a symbiotic fashion that it doesn’t really end up satisfying anyone. Those who have never seen the film will likely be confused or turned off by plot points and jokes that only exist to reward fans of the original. Those who have seen the film will be disappointed by a pale facsimile of the original, watching subtly delivered quips and one-liners fall flat as they’re telegraphed to the rafters.

If nothing else, I’ll take a lesson from the musical, which teaches us that kindness is a stronger alternative to being mean. I wholeheartedly agree. So I’ll end off by saying: Huh…yeah, the movie was pretty good. Maybe I’ll watch it again. (Ben Kaye)