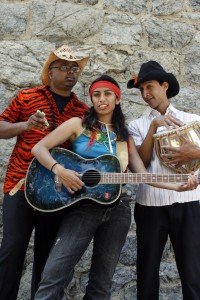 “The lineup is exceptional this year,” says festival creative director Brian Posen. “Not that it hasn’t been in the past years, but we had to turn away really good talent, about 150 troupes, because we just didn’t have the room.” Although some groups from previous years are on the roster again, Posen assures that no year of the festival ever feels the same. “The festival always recreates itself,” he says. “Sketch comedy groups rarely last more than a couple years, so there’s a constant rebirthing of new and exciting groups. When any art form grows, whatever the norm is, [artists] must break it, so it’s very exciting as a sketch geek to see how performers are changing the norm and how material is presented differently.”

Thirty-three groups helped kick off the festival’s inaugural run in 2002, and this year more than 1,000 performers make up the various groups, with troupes hailing from New Orleans, Louisville, New York, Austin, plus international cities like Dublin and Toronto. Chicago is obviously in no shortage of its own comedy institutions, but Posen is always excited to see the non-native groups bring a new voice to the city’s thriving comedy scene.

“Chicago has its own style of sketch comedy, and I know that really well, so when these groups from different states come in that are not trained the same way [local groups] are, it always blows me away to say ‘Look how they’re not doing it like we’re doing it!’” Posen says of hosting out-of-towners. “The groups coming in from out-of-state are rock solid, and the bar has been lifted so high for the local groups that there really isn’t a weak link.” Regardless of where a group originates, Posen believes sketch comedians are better able to connect with their audience than performers in other art forms. “The cool thing about sketch comedy is the performers are also the writers so the work is just so true to their own point of view. I’m still amazed by how refreshing it is to see a new, unique combination of performers who create their own dynamic styles and essence and can just take you on a journey.” 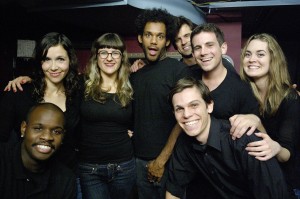 Comedian Meg Favreau is returning for her second year at the festival and first outing with her nine-member group DJ Faucet. The group performs weekly Friday night shows at Los Angeles’ iO West, but Favreau is looking forward to the opportunity to perform for a fresh crowd. “Chicago is such an amazing city to do comedy in,” Favreau gushes. “It’s certainly wonderful to have friends and followers in the city you live in, but it’s great to be able to show your material to an entirely new group of people.”

As a former member of the all-Asian troupe Stir-Friday Night! Ranjit Souri performed at every previous year of the festival. This year he returns alongside “Community” star Danny Pudi and “Wild ‘N Out” cast member Rasika Mathur with the group Siblings of Doctors. Souri views the festival as an opportunity to welcome unseasoned audiences into the world of sketch. “Sketch comedy tends to be an insular community,” he explains. “People who do sketch go out and watch sketch. The general public, other than maybe going to Second City, doesn’t really see much sketch comedy, so I like performing for people who are not frequent consumers. The majority of sketch shows you perform are not for a big crowd, but they really pack the house at Sketchfest.”

Audiences can take in a large number of shows on any night throughout the run, but the festival also provides plenty of entertainment for the performers, both local and visiting. “There’s a real sense of community among the artists,” says Souri. “There are so many different groups and so many different shows happening that part of the experience for a performer is meeting all these other performers, watching their shows and cross-pollinating. There are a lot of groups you don’t really get to see all the time, but because this is an annual event you know you’ll get to catch them at Sketchfest.”