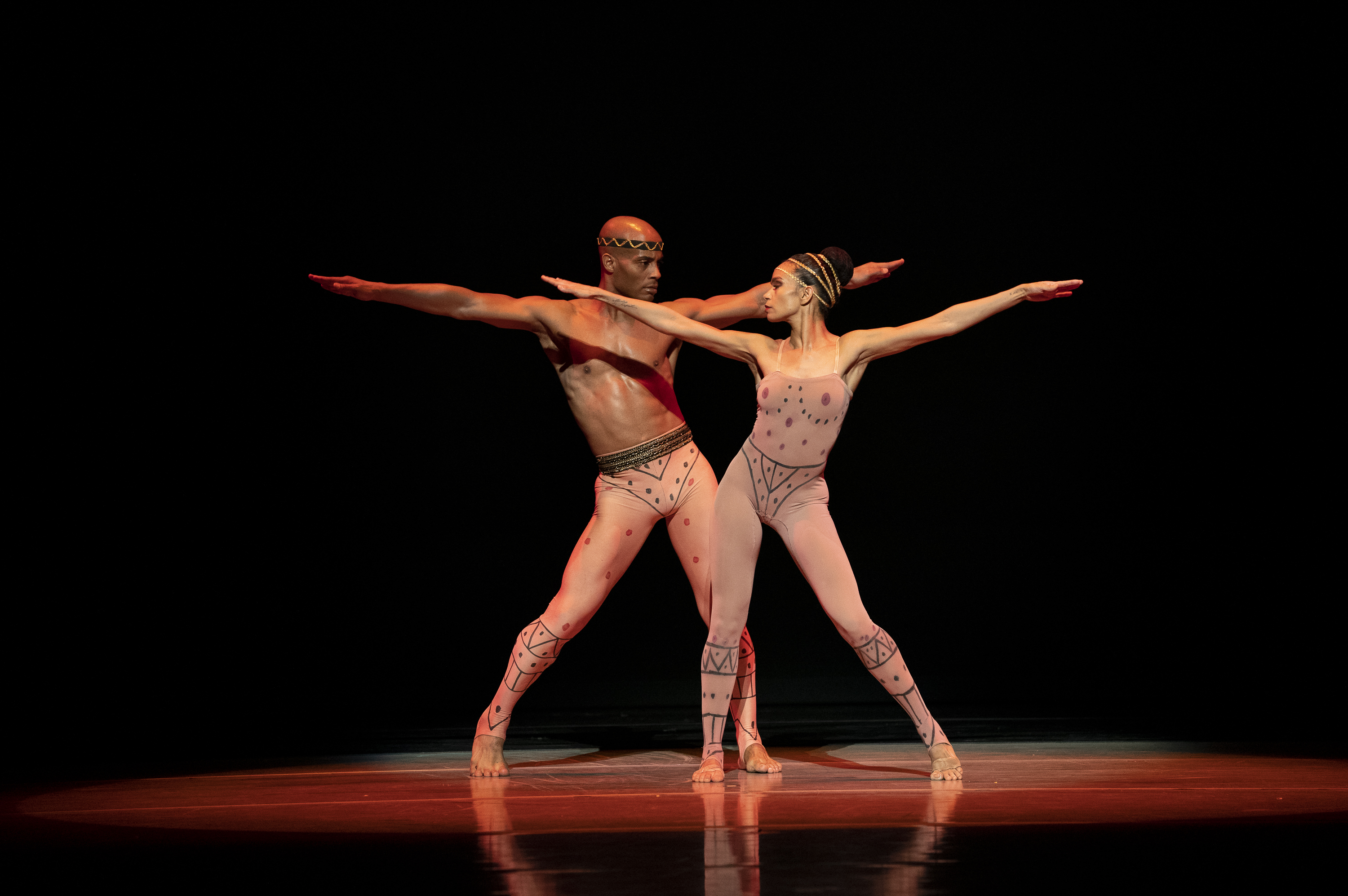 For sixty years running, National Medal of Arts recipient Alvin Ailey American Dance Theater has inspired and united audiences worldwide with messages of hope, resilience and unfettered strength. Since its inception after a historic performance in March 1958 at New York City’s 92nd Street Y, the company has gone on to perform in forty-eight states and seventy-one countries, moving millions to collectively celebrate the human spirit through a repertoire of works drawing from the distinctiveness of the African-American cultural experience. Founder and namesake Alvin Ailey’s quote, “Dance is for everybody,” is at the heart of the company’s mission and encapsulates the unfading spirit of Ailey’s artistry and its enduring impact on American concert dance.

This week is milestone for AAADT as it returns to Chicago to celebrate its sixtieth anniversary as a company, and the fiftieth anniversary of its first run of performances at the Auditorium Theatre. The engagement will be comprised of three programs: each includes a range of dances from Ailey’s signature repertoire and newly commissioned pieces by some of today’s most eminent choreographers, including the Midwest premiere of works by Rennie Harris, Wayne McGregor and Jessica Lang.

“Timeless Ailey” presents a compilation of Ailey’s choreography created across his career until his death in 1959. It joins excerpts from lesser-seen pieces like “Mary Lou’s Mass” and “The Lark Ascending” with beloved favorites like “Cry” and “Memoria.” To keep the Chicago tradition alive, each performance will conclude with Ailey’s iconic work “Revelations” in its entirety, the most widely seen contemporary ballet in the world. When Ailey choreographed the piece at age twenty-nine, he was influenced by his childhood memories of attending services at Mount Olive Baptist Church in Texas, and by the writing of James Baldwin and Langston Hughes. “Revelations” expresses the full spectrum of human emotion through the lens of his unique cultural experience from “the deepest of grief to the holiest joy.”

An eclectic array of commissioned works will be performed as well, demonstrating the broad range of the company’s artistry and technical prowess. Perhaps most notable is “Lazarus,” choreographed by Philadelphia-based choreographer Rennie Harris. In two acts, Harris merges ballet and hip-hop techniques to reflect on the life and legacy of Ailey. Set to original music by composer Darrin Ross as well as by Nina Simone, Terence Trent D’Arby and Odetta, Harris’ choreography addresses racial inequalities that America faced when the company was founded and faces today London-based choreographer Wayne McGregor’s “Kairos” will be presented, described as a synchronistic ballet exploring the geometry of bodies in space set to composer Max Richter’s reinterpretation of Vivaldi’s “The Four Seasons.” Also on the program is New York-based choreographer Jessica Lang’s “EN,” set to original music by composer Jakub Ciupinski.

The spirit of AAADT’s tradition of performing annually in Chicago is seen and felt in many ways, but particularly in its impact on young Chicago artists looking to follow in the footsteps of Ailey. In a recent statement, current AAADT company member and Chicago native Vernard Gilmore said, “Coming home and performing for the company during its sixtieth milestone year has brought me to a moment of reflection. Performing Mr. Ailey’s work impacted me so greatly as a young artist by continually showing me myself in his work, my humanity. That passion is what I hope I pass on through his dream and mine, to young Chicago artists who have dreams to be great. As they see me I hope they see themselves, to see all of their possibilities. As long as I live, his legacy will live through me and I hope he is proud of that as I pass along all that I’ve learned from having the opportunity to be an Ailey dancer.”

Alvin Ailey’s legacy is alive and well in Chicago and his enduring impact on American concert dance shows no signs of fading. (Alyssa Motter)