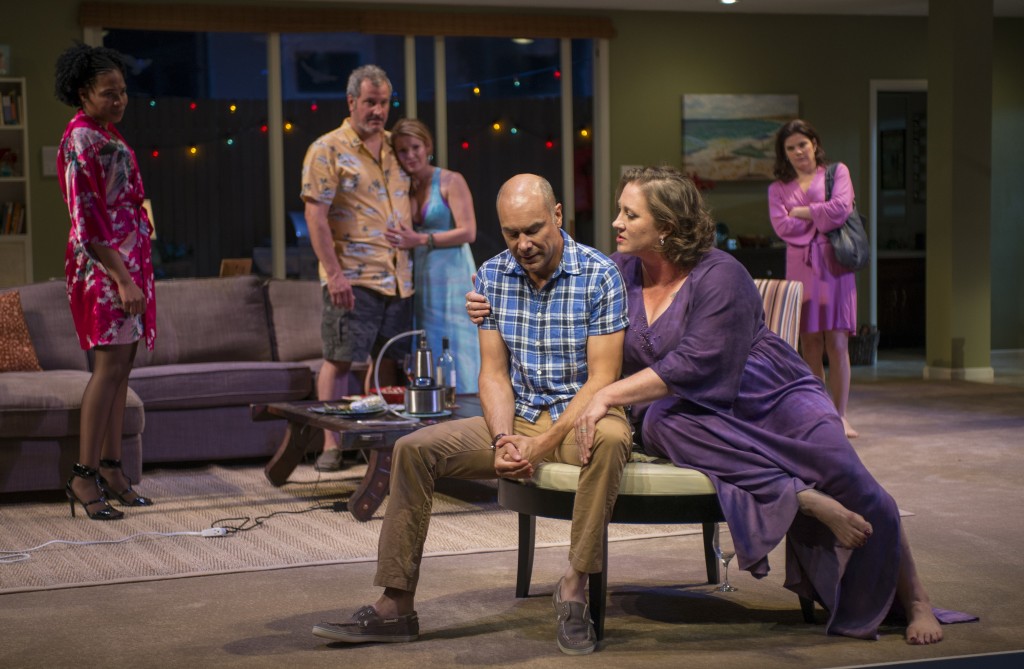 With the way that the phrase polyamory has been tossed around over the last few years you would think that modern social psychologists invented the concept. And according to a flurry of recent articles with titles like “Why Polyamory May Be The Answer To Your Dating Woes” and “There Is Life Outside Of Monogamy, And It Actually Works Amazingly Well” there are more and more people who seem to think that they—and perhaps their significant other(s)—would benefit from such arrangements. So Bruce Norris’ new play investigating “the lifestyle,” as a character calls it, enjoying its world premiere at Steppenwolf right now, seems right on time for the sexual zeitgeist.

Except his play is not about this hot topic, it’s about swingers. And though a character tosses the word “polyamory” out there in reference to their lifestyle at one point, it seems incongruous with their actions. For the record, while both involve open relationships, polyamory is the practice of being involved in multiple, ongoing, loving relationships, while swinging is essentially monogamy plus open sex. Since the setting for this show involves four distinct couples meeting for a sex party (from which they will all return to their separate homes), it seems that they fall firmly into the latter rather than the former. But then, maybe I’m wrong, the swingers here don’t get much time to discuss the specifics of their lifestyle. They’re mostly just being ranted at by the male half of an uneasy and on-edge new couple.

As the show opens, Chris and Kristy (an uptight Greg Stuhr and an enigmatic Diane Davis) are seated in the upscale living room of Gary and Teri (a bro-tastic Keith Kupferer and a charming Kate Arrington) having a few drinks and discussing relationship choices and comparing monogamy to consumerism. Todd Rosenthal’s set is captivatingly realistic and Norris’ dialogue is snappy, sassy and intriguing, and the show easily draws the audience in from the first word. Even better, the philosophical, emotional and psychological topics on display aren’t limited to the obvious dialogue. Thanks to the superb acting, something as innocent as Kristy’s declining to drink the cabernet they brought turns into a reflection of their relationship and Chris’ struggle for power, social status and control over his wife’s choices.

Though this is a play about sex and sexuality, it’s a play of conversations and, as the other couples filter in, the conversation picks up. Norris’ grasp of frank language and his ability to craft a strong debate is on full display here while director Pam MacKinnon moves her actors around confidently and frequently, with all eight characters circling through the kitchen, the couch in the center of the stage and, especially, each other. 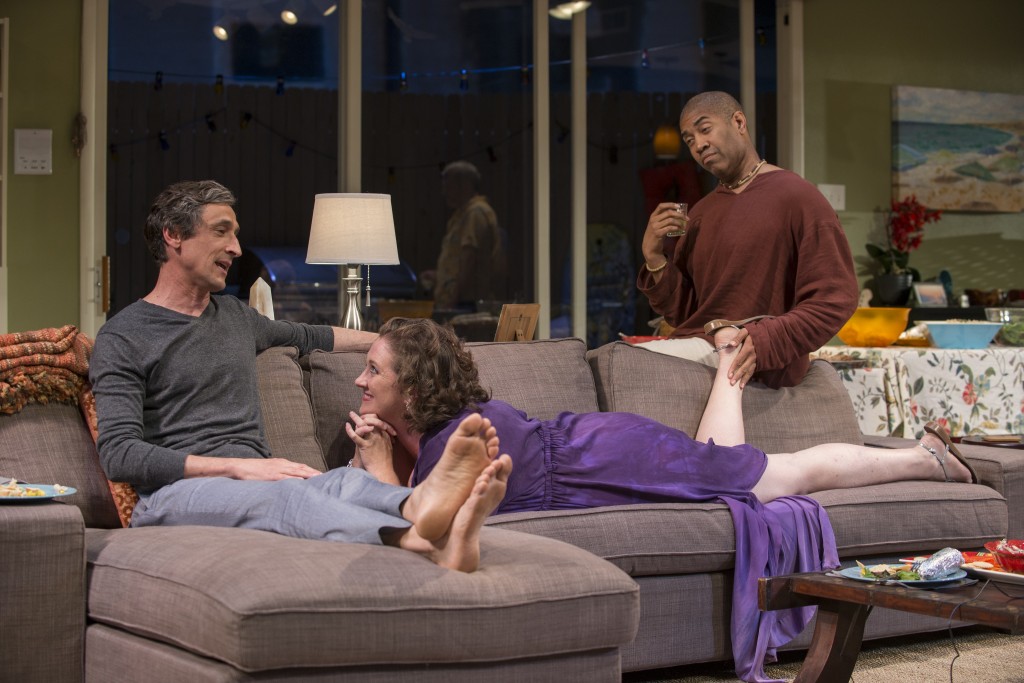 As feisty force of nature Deb, Kirsten Fitzgerald delivers the strongest performance, managing both comic zingers and tough emotional nuances with subtlety and reserve. In contrast to Fitzgerald’s Deb, who self-assuredly masks deep insecurities, legendary improviser David Pasquesi embodies Roger with a cocksurety, making what could be an off-putting alpha male into a lovable, opinionated verbal scrapper. His defense of bestiality is one of the highlights of the show, as is his declaration that the Constitution says, “I can fuck however many people I want to fuck in the privacy of my own home!”

Things flow along nicely for two-thirds of this show with Stuhr’s Chris debating various points with virtually every other character, before he snaps and goes on an absolute tirade that threatens to undo the entire thing. At this point, as you listen to Chris’ increasingly vitriolic rhetoric (played for all it can be played by Stuhr), you can’t help but ask yourself, “Why did this guy come to this party?!” And once you’ve asked that, and asked it again a few minutes later, and yet again a few minutes later, it’s hard to continue to enjoy the initial power of Norris’ language or the implications of the discussions. In fact, it’s damn near impossible.

Making it clear that Norris recognizes this as a structural issue in his script, other characters even begin to comment on this absurdity, wondering why Chris won’t just leave. This doesn’t lessen the question for the audience, though. By the time the play concludes, any sense of climax (no pun intended) has been thoroughly crushed. Still, the show as a whole is enjoyable and fun; if this glaring issue can be addressed with a few precise edits, “The Qualms” could have an important place in the lexicon of human sexuality on stage. As it stands, like Chris, it’s still trying to find its footing in the complicated and often confusing world of sexual politics. (Zach Freeman)