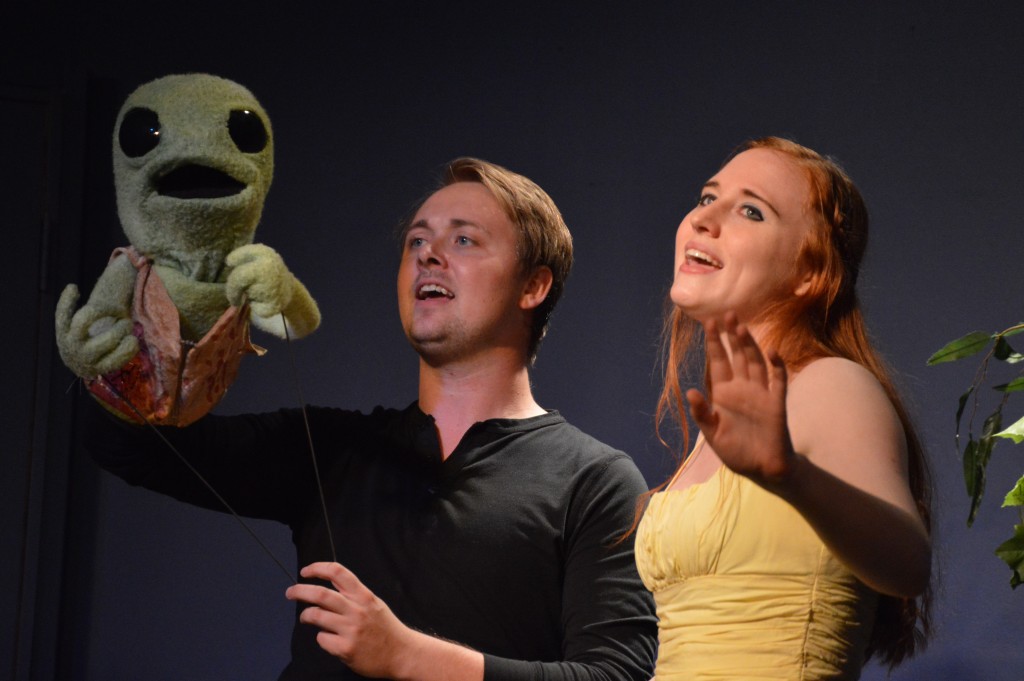 Aliens and hillbillies in a musical together. That’s what you get when you go to see “It Came from Kentucky” at The Annoyance Theatre. Initially, you might think that this is a plot devised by a group of improvisers as they sat around getting drunk. You’d likely be surprised to learn that directors Sam Locke and Dustin Levell actually put together a piece that revolves around actual events that occurred in Hopkinsville, Kentucky back in 1955.

This musical comedy celebrates the diamond anniversary of the Kelly-Hopkinsville Encounter, and claims to tell the “true” story of what happened when visitors from another planet descended on the backwoods inhabitants of the Bluegrass State.

Billie Ray Taylor (Marybeth Kram) has been away at college, but has returned to her family due to some unfortunate events at school (she’s been kicked out after talking back to a man). Billie Ray doesn’t really fit in with her less-educated kin folk, but she does take a liking to her cousin, Kaci Lynn (Amy Young).

Not unlike all of their past excursions into musical theater, “It Came from Kentucky” maintains the same bare budget production qualities that are the trademark of The Annoyance’s offerings. The singing is of inconsistent quality and the feel is of a show that is still in development. And yet, that is where much of the charm of this production resides. It has an aura of something that is fresh and immediate. The raw enthusiasm and the well-crafted jokes hold this show together and fling it forcefully forward to a receptive audience.

It is an evening of entertainment. Perhaps it’s not high art, but if you’re looking to laugh over a drink or two, attending this show is a good way to do just that. (Christopher Kidder-Mostrom)