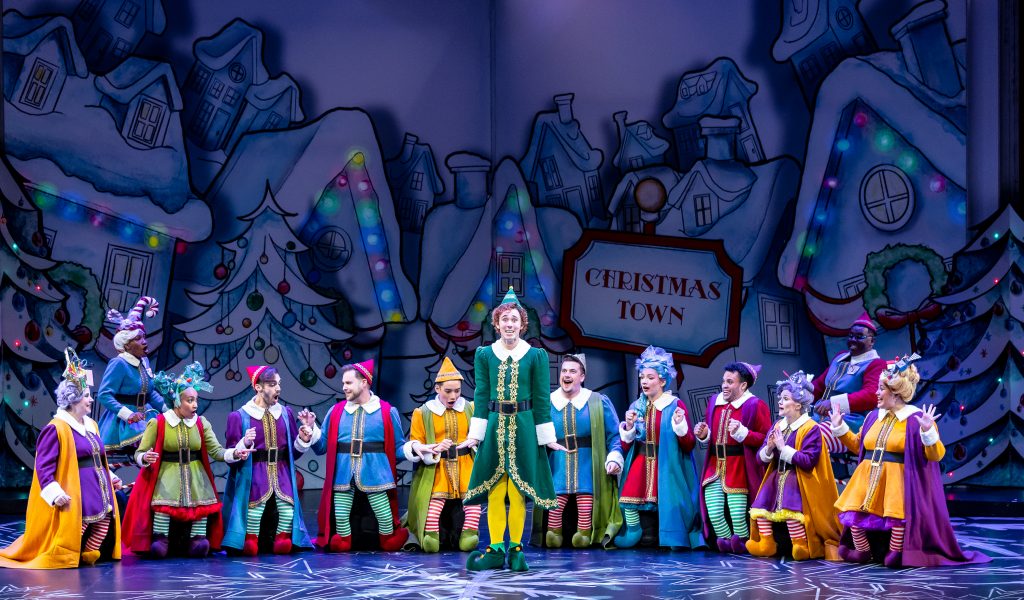 The start of the Christmas season means two things: we watch “Elf” and I listen to “Elf the Musical.” The show is everything you’d imagine for a staged version of Buddy the Elf’s coming-of-age story. You can taste the gooey gumdrop goodness from any seat in the house, even if you’re more Team Grinch than Team Buddy. As someone who has unashamedly memorized the entire cast recording, Drury Lane’s production is everything this Buddy Fangirl could’ve hoped for—even with superb understudy Ben Dow running the show as the big elf himself. 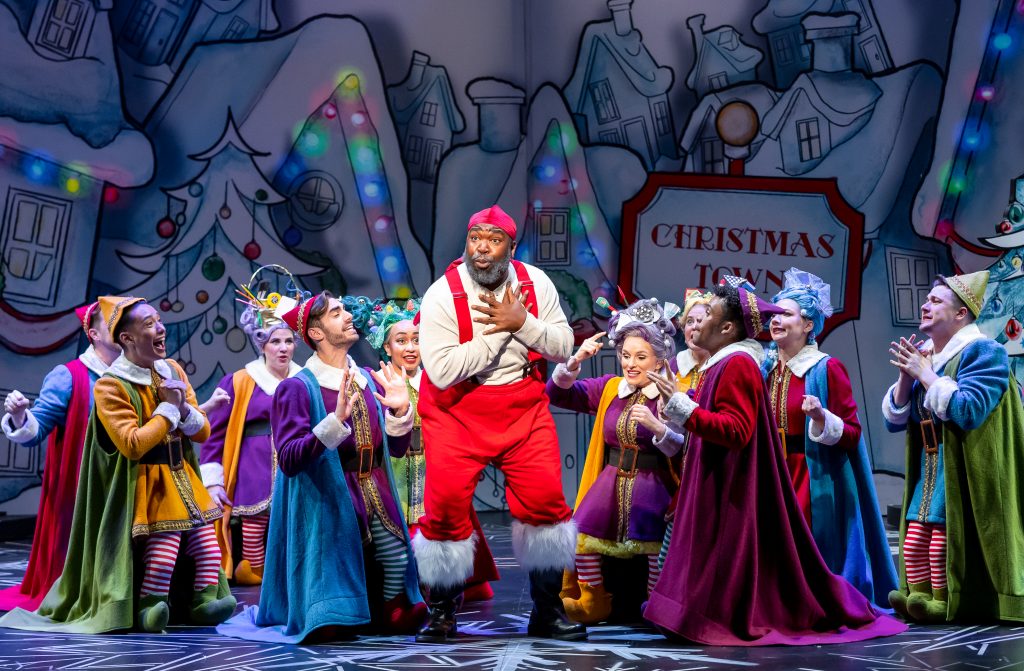 Dow could convince even “Elf”-averse friends to admit it’s a cute story. His lighthearted, downright goofy rendition of Buddy is perfectly juxtaposed with Lydia Burke’s not-so-jolly Jovie. Burke, along with Buddy’s step-mom Emily Hobbs (Melody A Betts), are the show-stopping powerhouse vocalists you never knew this musical needed. Who knew such a lighthearted romp could be made so much better with women like Betts and Burke in the cast? (We’re also going to need A.D. Weaver as Santa in all future Christmas plays. He is Santa now.)

Guests to Christmastown see the story of Buddy the Elf unfold via a giant storybook with “pages” that are turned throughout the show. Designed by Kristen Martino, the enormous storybook is a perfect homage to the book publishing gig of Buddy’s dad (Sean Fortunato).

Though this “Elf the Musical” nerd was sad not to hear the “Christmastown” song at the top of the show, which usually serves as exposition, but is replaced with the elf-centric “Happy All the Time.” “Christmastown” would be better served by Martino’s imaginative set design.

Here’s the thing about “Elf”: it is a feel-good, ultra-silly, holiday-heartfelt musical based on the 2002 Will Ferrell movie that almost never got made. Your favorite one-liners from the film are strung throughout the show, silly songs like “Sparklejollytwinklejingley” will be stuck in your head even though they are beyond ridiculous and you may (as I did) have a dopey smile on your face for the entire two-hour runtime. Even if Buddy’s New York City antics aren’t your style, “Elf” is that annual reminder that it’s okay to embrace our inner child. Maybe you won’t be inspired to eat a plateful of spaghetti doused in maple syrup, but you’ll find yourself feeling a bit more Sparklejollytwinklejingley as we head into the hectic season of holidays.