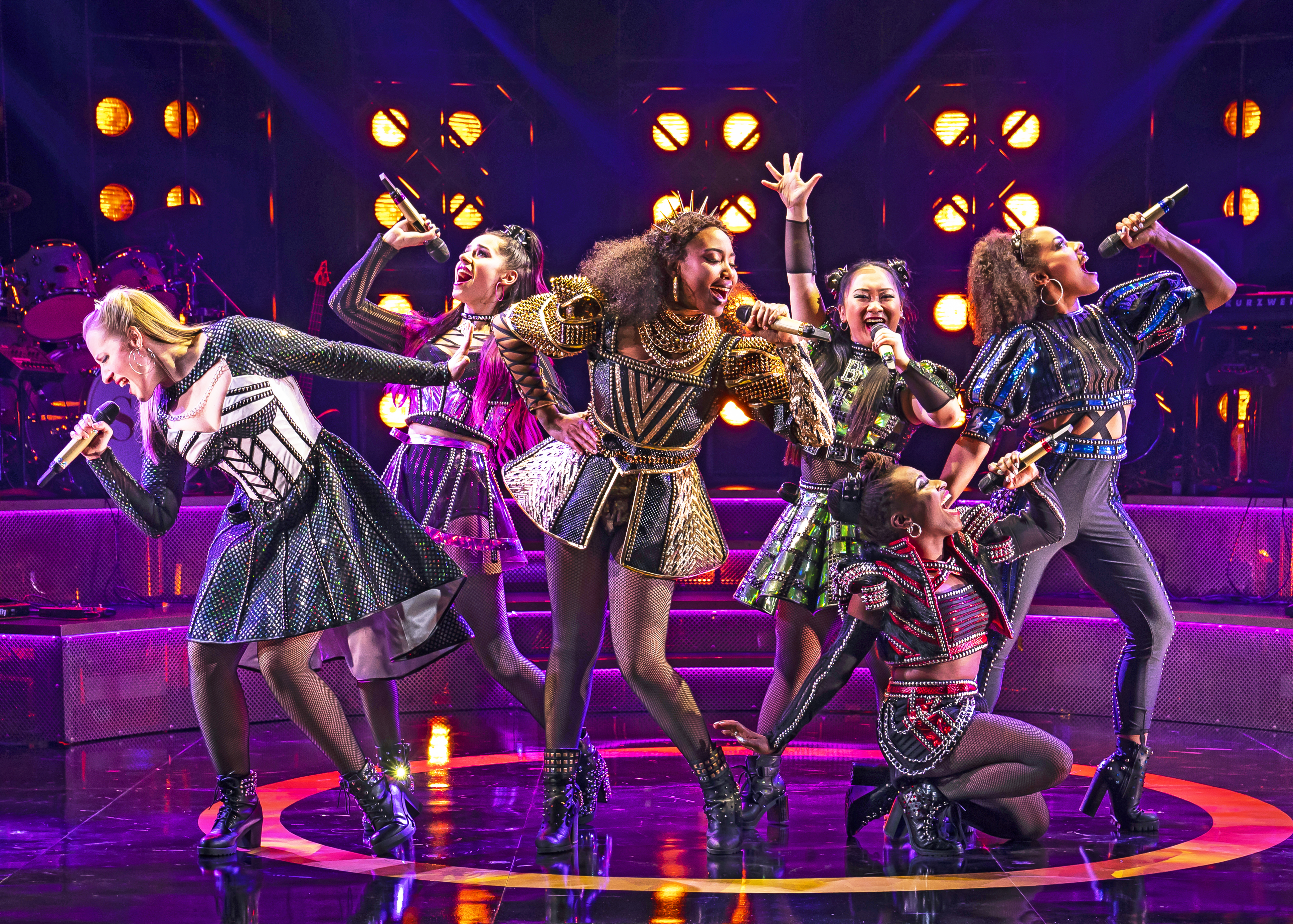 If “Hamilton” met “The Tudors,” focused only on the queens, exuded nothing but femme power and was styled after Beyonce’s “On the Run Tour II” you would have “Six.” And what a time you would have.

I once argued with a high-school history teacher that Henry VIII was to blame for the death of three of his six wives and not just the two he had beheaded. Jane Seymour died from childbirth complications and she definitely didn’t get into that mess on her own. Suffice it to say, a musical empowering Henry VIII’s wives, mostly footnotes in history linked largely (and sometimes exclusively) to their husband, is a breath of fresh air.

Part musical competition, part history lesson, this seventy-five-minute rockstar performance deserves the continual applause and cheers it received from the crowd on opening night. Musical theater at large should be grateful that the women of “Six” (Adrianna Hicks, Andrea Macasaet, Abby Mueller, Brittney Mack, Samantha Pauly and Anna Uzele) are treading the boards instead of headlining their own concert venues. They are a powerhouse ensemble with the vocality of icons like Beyoncé, Adele, Rihanna and Alicia Keys. It’s only fitting that these queens of history (ahem, HERstory) reflect the queens of today.

Unlike a conventional musical, “Six” doesn’t have a linear plot. The six wives of Henry VIII challenge themselves to a sing-off. Or an anguish-off, of sorts. They must convince the audience that their plight with the King was worse than the others. And between the two beheaded, two divorced, one dead and one surviving, there is more tea to spill than even the juiciest soap opera. “Grey’s Anatomy” has nothing on this drama.

Toby Marlow and Lucy Moss’ show is a goddess-send. By shedding light on otherwise little-known women, Moss and Marlow give each their own card in the Rolodex of history. They’re so much more than their titles. They were women with multitudes of their own.

As the queens point out, there are some (many) things that haven’t changed since their royal days. Namely a woman’s right to rule her own body. The six queens are here to remind us that we are all gems, that men are not the kings of our temples and that history should be a lesson to us. Also: the patriarchy (and the monarchy) is bullshit!

In a time of heated debate over women’s right to autonomy and freedom, why not take some of your appropriate rage and channel it into cheering on a set of queens that bring the house down? It’s a show to die for. (Amanda Finn)