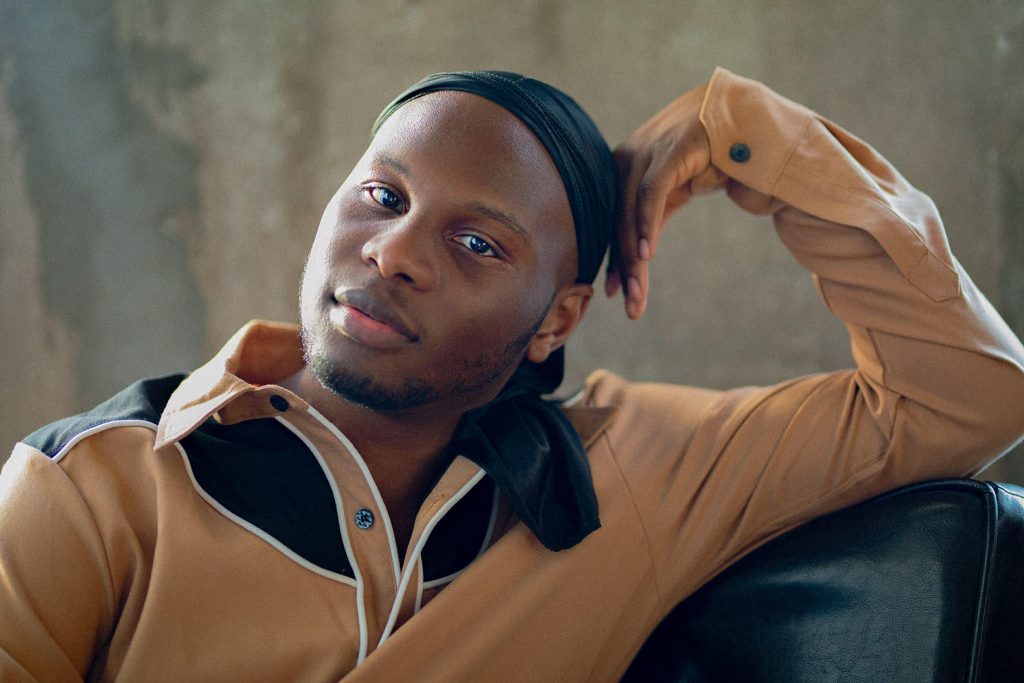 Thanks to the power of the wily little cell phone, many blissfully ignorant (let’s be generous and give them the benefit of the doubt) Americans began to discover how easy it is for a man of color to be killed by those in charge of serving and protecting the collective populace. A public already exhausted by COVID lockdowns, loss of careers and loved ones, and with a newly earned understanding of the life of a public school teacher took to the streets in droves, proclaiming that Black Lives Matter. It was affirming to see that the crowds of protestors appeared to represent a demographic that crossed racial, gender and age boundaries, and those who are hoping that a better tomorrow seemed to embrace hope with a new fervor.

Now what, precisely, are the “wins” of this movement so far? How many of us can rattle them off? The list is achingly small, so it isn’t an undue burden (how could it be?) to commit them to memory. Did we make “enough” of a difference? Are some lives safer than they could have been before?

The only partners in the war against calculated racial erasure who can answer that question are the people so many vowed to save. And they have neither the time nor the energy to submit to our interview, because hate can only be corralled, not killed, and if you are “other,” survival is your vocation.

Terry Guest’s play, “The Magnolia Ballet,” takes one of the Den Theatre stages, courtesy of About Face Theatre May 12-June 11. The piece is given the category of “Southern Gothic Fable,” a moniker that deserves unpacking. First came English Gothic, then American, then Southern, the latter said to contain “irrational, horrific and transgressive thoughts, desires and impulses; grotesque characters; dark humor, and an overall angst-ridden sense of alienation.” If you’re feeling like a little Edgar Allan Poe, Southern Gothic literature is your new best friend.

Remembrances and phantoms walk the halls and live in the walls of the home of Ezekiel, a seventeen-year-old gay Black boy, and his father. The generations of family secrets and passions float in the air, sit on every surface, and are caked into the pores of everyone’s skin. Heart-wrenching poetry happens, created on its feet by characters searching for a moment’s truth or a more digestible lie. Dance explodes out of joy, and then turns deadly. The actors shapeshift from one character to another to flesh out the town, and to highlight its bloody disparities. Danny is a seventeen-year-old white boy, who is “straight” but busy. Apparitions chant, sing, predict, ask old and unanswerable questions, and pontificate. Will Ezekiel’s father sell the house and move them away from Georgia? Can the generations-long tensions between the boy’s families be burned clean? And what of the open-hearted love letters written to the grandfather and found by his grandson? 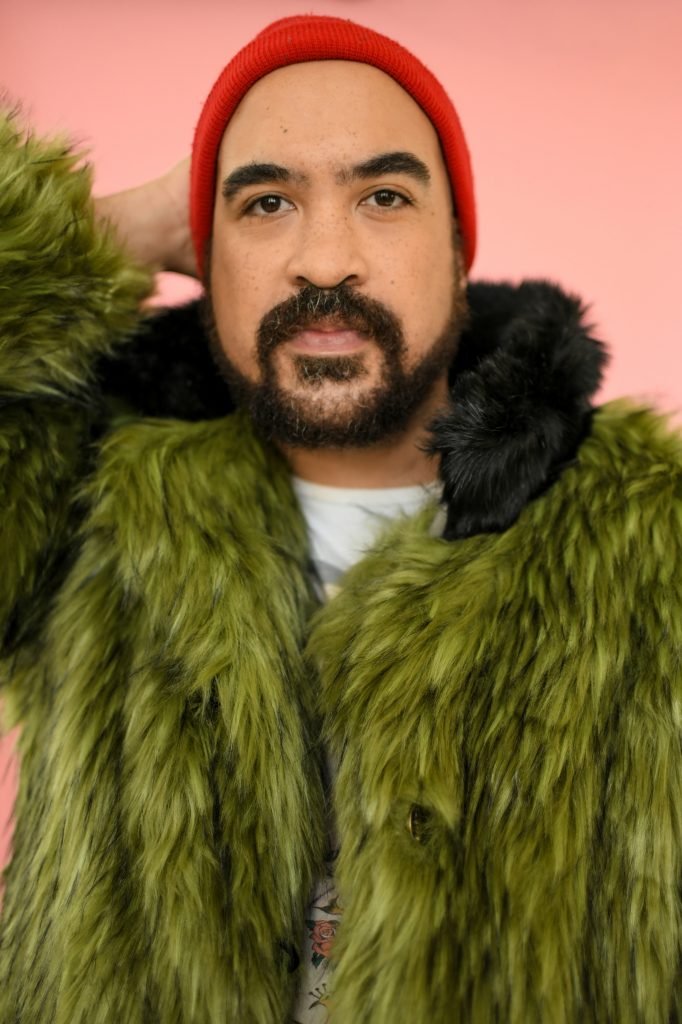 If the play is as swathed in memory as is Tennessee Williams’ “The Glass Menagerie,” the important catechisms at the heart of the story are repeatedly lightened by such moments as the sly breaking of the fourth wall, some Britney Spears music, and the appearance of Scarlett O’Hara. The characters are sexy in the most satisfying way. Guest has not written an epitaph for a tombstone, rather he has written a tale of hope amidst unimaginable pain. Georgia, with its wet heat, swamps, alligators and magnolia trees, is a central character, sometimes impossible to love, seemingly impossible to flee. And as Guest is writing a trilogy (this is the first, and the second, “Oak,” is already on the table), Georgia is certain to remain as much a force in these stories as it has found itself on the country’s political landscape.

This “Magnolia Ballet” is shepherded by Mikael Burke, AFT’s associate artistic director. A frequent collaborator of Guest, Burke had an early entre into the trajectory of the play. “As a queer Black man raised in the American South, this play is hugely important to me,” says Burke. “No young person should ever be made to feel the way I did, like they are wrong simply for existing. This play forces all of us to reckon with the legacies of toxic masculinity and racism in this country. It’s a play that demands that we all wrestle with the ghosts of our prejudices and recognize where the rules we once set in order to survive have become the killers of a new generation.” Meanwhile, Guest has gifted us potential healing, inviting parents to attempt to love their children in the way that they need, and children to accept the love their parents are able to bestow. 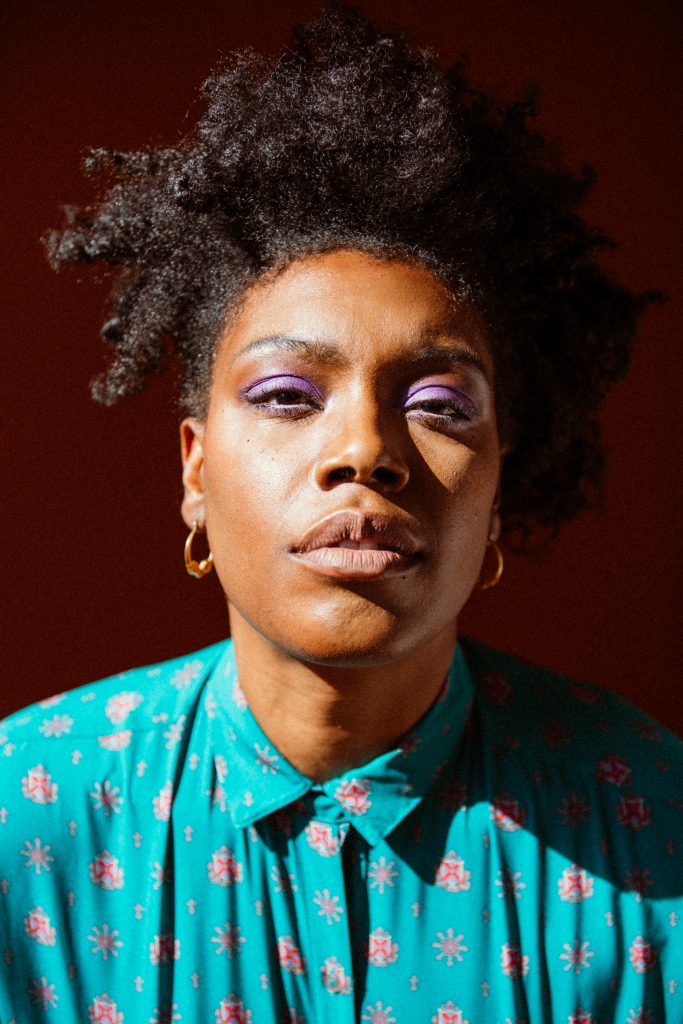 Choreographer Jenn Freeman will create movement directly on the actors, with the expectation that they will internalize the dramatic or comic shape of the movement, and make fresh choices at regular intervals. Original music will be provided by Brian Grimm, who will be in residence during the rehearsal process.

If we are to alleviate the struggles of the “other,” we need to walk several miles in their shoes. While this can seem like a tall order, the world of the arts gives us the windows through which to get a look, and those pictures, properly attended, will give us our individual, personal marching orders, will tell us what we can “do about it.” Such an educative adventure is “The Magnolia Ballet.” What’s that clanging I hear?