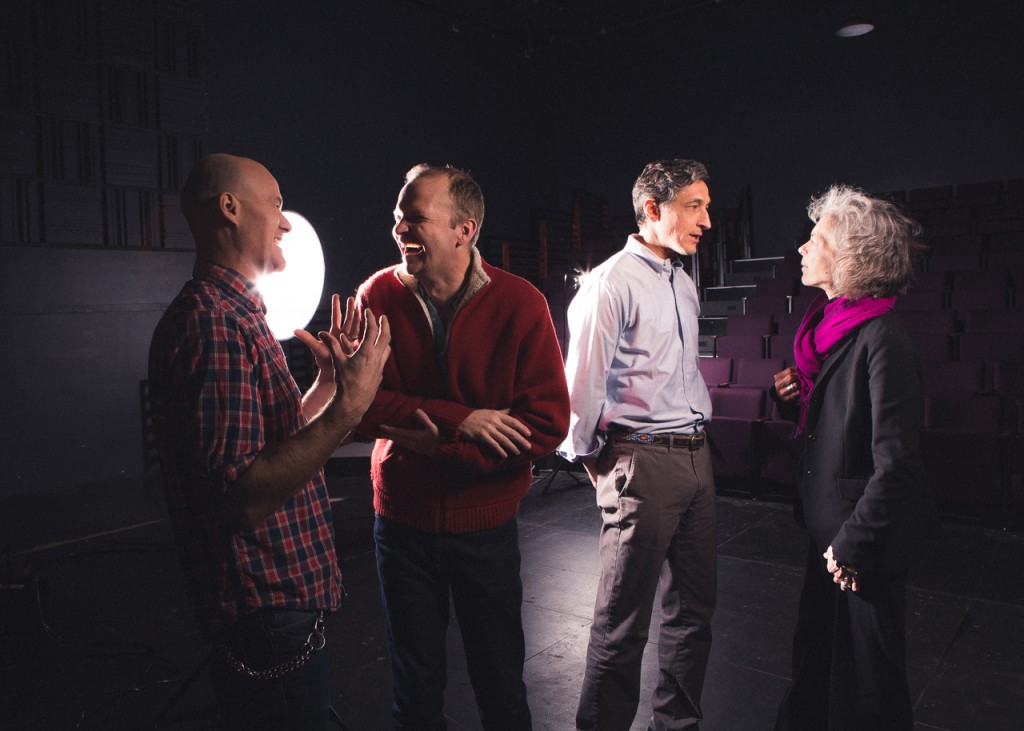 The steady expansion of the performing arts in Chicago continues its marvelous pace, with more and better theater, dance, comedy and opera gracing more and better stages each passing year. The upward progression is so steady that epic undertakings—a new campus at Steppenwolf, a bigger chunk of Navy Pier for Chicago Shakes—seem almost business as usual these days. And that is a marvelous thing. This year we again celebrate the lesser-sung heroes offstage who deal with the less glamorous things like building those new stages, and paying those expanding payrolls without which the stars would have nowhere to shine.

Tragedy has been central to theater since the ancient Greeks first staged it, but the last year has brought a disproportionate volume of real-life tragedy to our community. No doubt, the expanding and maturing performing arts universe means that more members of its community will pass on each year, but the number of those struck down long before their expected hour was overwhelming these last twelve months and struck every corner of performing arts, from theater, to dance, to comedy, to opera. Molly Glynn, Jason Chin, Eric Eatherly, Bernie Yvon, Johan Engels, Julia Neary—and others we’ve unintentionally overlooked—we dim our collective marquee for you. (Brian Hieggelke)

All photos by Joe Mazza/Brave-Lux, taken on location at Steppenwolf Theatre, Goodman Theatre, Lyric Opera of Chicago and Brave-Lux Studio 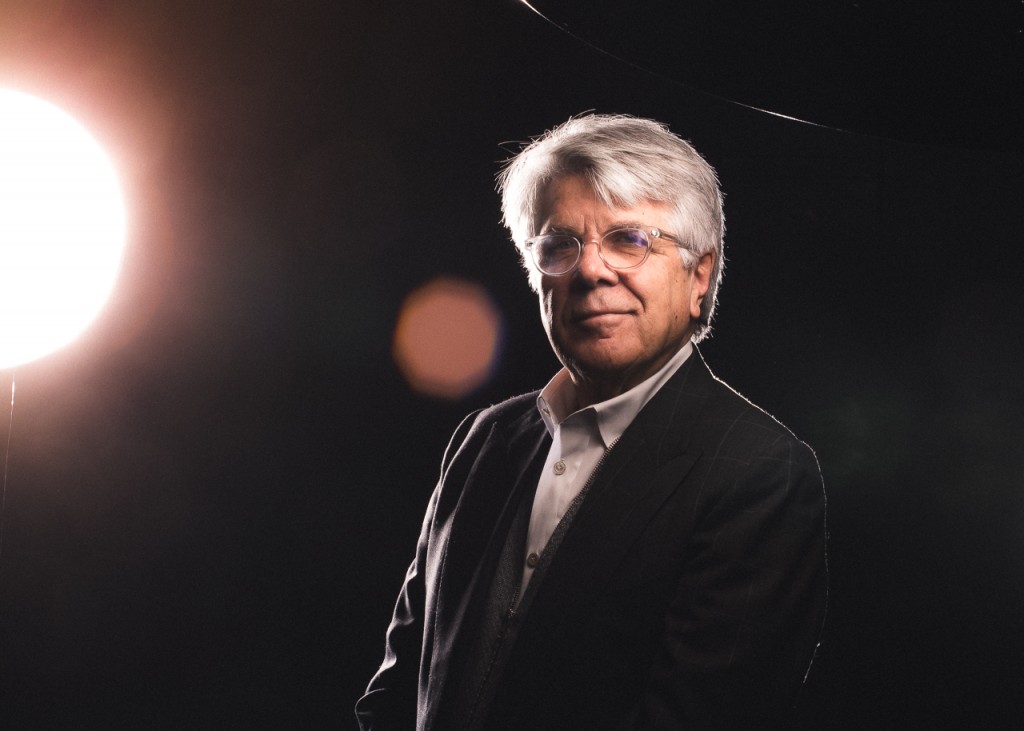 1 Andrew Alexander
CEO, co-owner, Second City
A few years ago, we lauded Andrew Alexander’s addition of the UP Comedy Club to the Second City realm on Wells Street. Recent years have proven the wisdom of the decision, with stand-up enjoying a new golden era and the UP Comedy Club boasting performances by known quantities and local stand-ups alike. More recently he’s annexed an additional 25,000 square feet of an old movie theater space in Pipers Alley for an expansion of their Training Center. The final line in his Second City bio states that “In his current capacity as CEO and Executive Producer of The Second City, Alexander ensures that Second City’s empire of funny will stay on top.” After four decades of doing just that, he not only knows where the industry is heading, he’s leading it there. 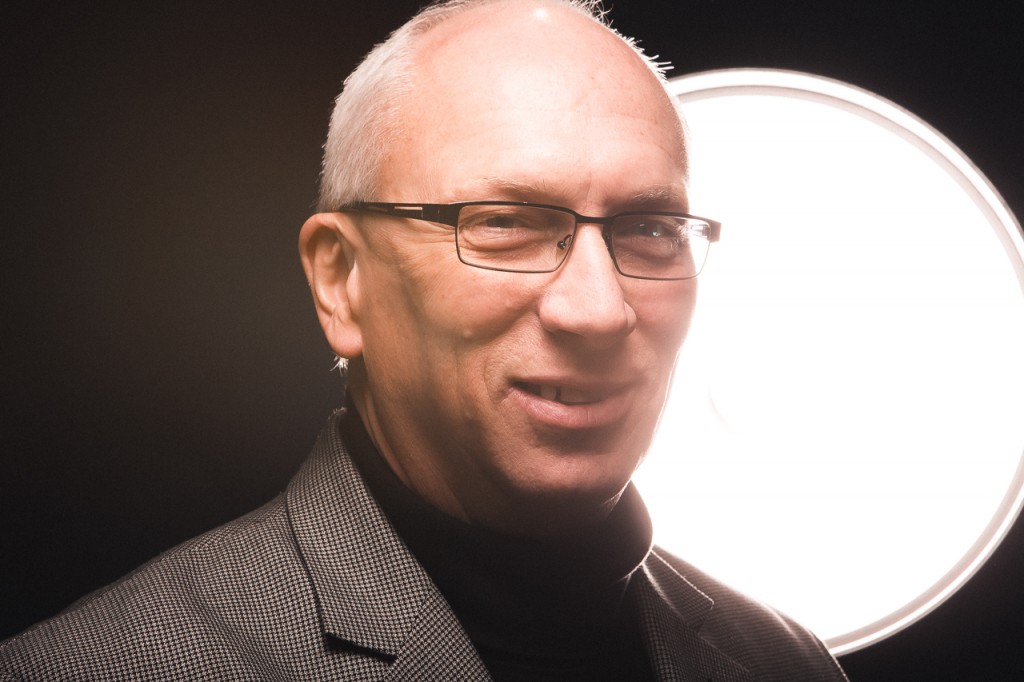 2 Brett Batterson
Executive director, Auditorium Theatre
At first glance, Brett Batterson looks like a Chamber of Commerce type, polished, business-like, besuited. But then you notice the footwear, and see his ubiquitous cowboy boots, an outward expression of the artist’s soul within. As a businessman, Batterson oversees one of the institutional jewels of Chicago, the Louis Sullivan-designed 3901-seat masterpiece, the Auditorium Theatre. And as an artist, he ensures that its programming evokes diversity in every sense, both in entities large (Joffrey Ballet) and small, like the many dance and music companies featured in the Made in Chicago series; and in the great cultural breadth of the city, with programming such as the MLK-weekend “Too Hot to Handel” and the astonishingly successful annual residency of Alvin Ailey American Dance Theater. Notably, while other cultural institutions are making hay over tenth, or twenty-fifth anniversaries, he’s led the Auditorium in an epic 125th anniversary season this year, making his organization one of the inaugural Fifth Star awardees by the city of Chicago. And this spring, he’ll propel it into a whole new kind of theater, when it becomes the first host of the NFL Draft outside of New York in fifty years. 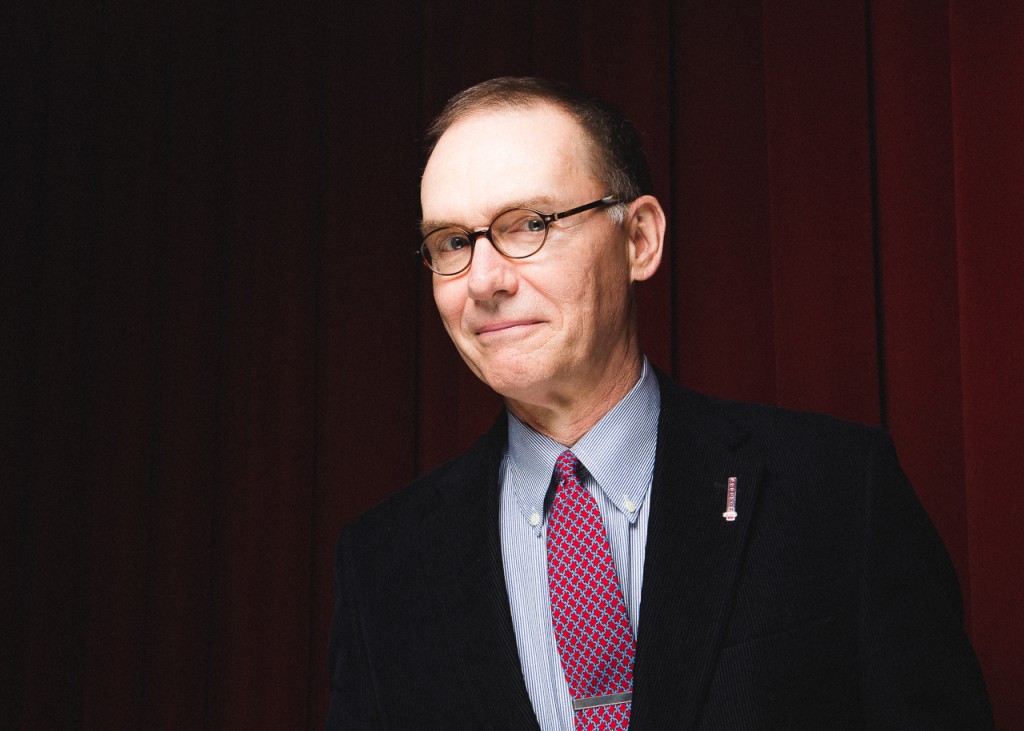 3 Roche Schulfer
Executive director, Goodman Theatre
Executive director Roche Schulfer celebrated forty years with the Goodman Theatre last year. But really it’s the Goodman that’s celebrating. During his tenure Schulfer has overseen incredible seasons and the most recent was no exception, with attendance hitting eighty-five percent of capacity, pulling in the fifth consecutive year of positive financial results. And while we’re talking numbers, one Scrooge is not enough for Schulfer. He may be responsible for launching the annual holiday classic “A Christmas Carol” almost four decades ago, but this Christmas he shook things up by collaborating with The Second City to bring in a second Ebenezer in a parodic take on the Dickens classic. 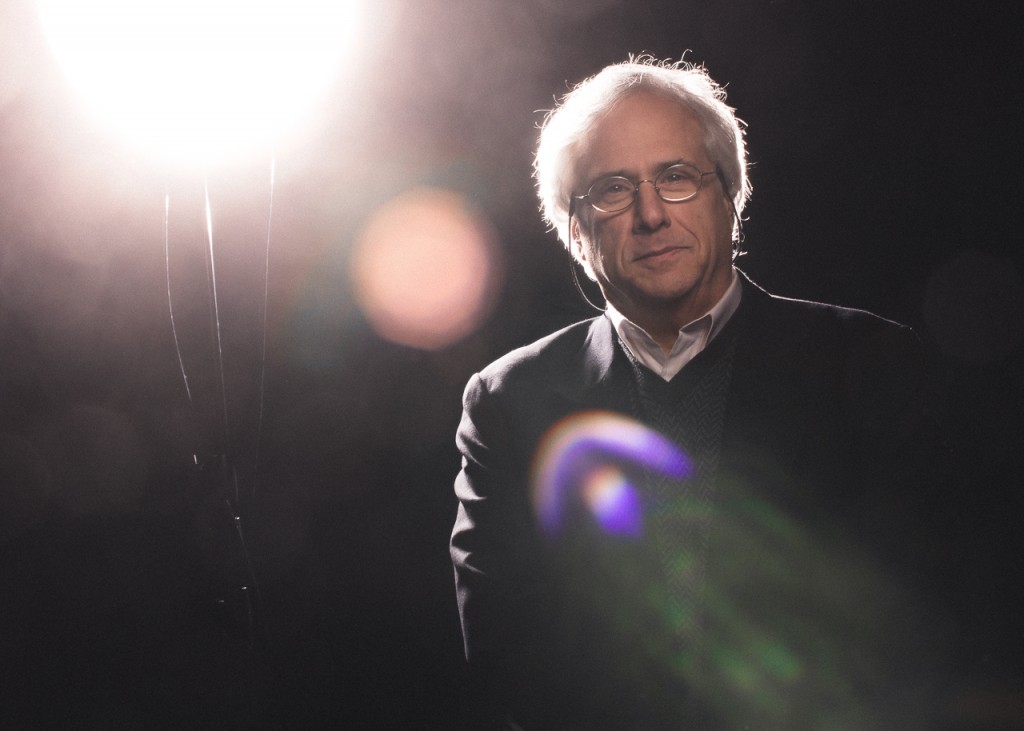 4 Lou Raizin
President and co-founder, Broadway In Chicago
Chicago’s profile as a theater destination has increasingly risen over the last few years, and Broadway in Chicago president and co-founder Lou Raizin is one of the people working hardest to make that happen. “The way I think about things,” says Raizin, “Chicago’s number one.” And he shows that through his results, with the five BIC stages—and numerous first-runs, tours and new works that grace them—bringing an annual economic impact of 750 million dollars, and thousands of jobs, to Chicago and Illinois. 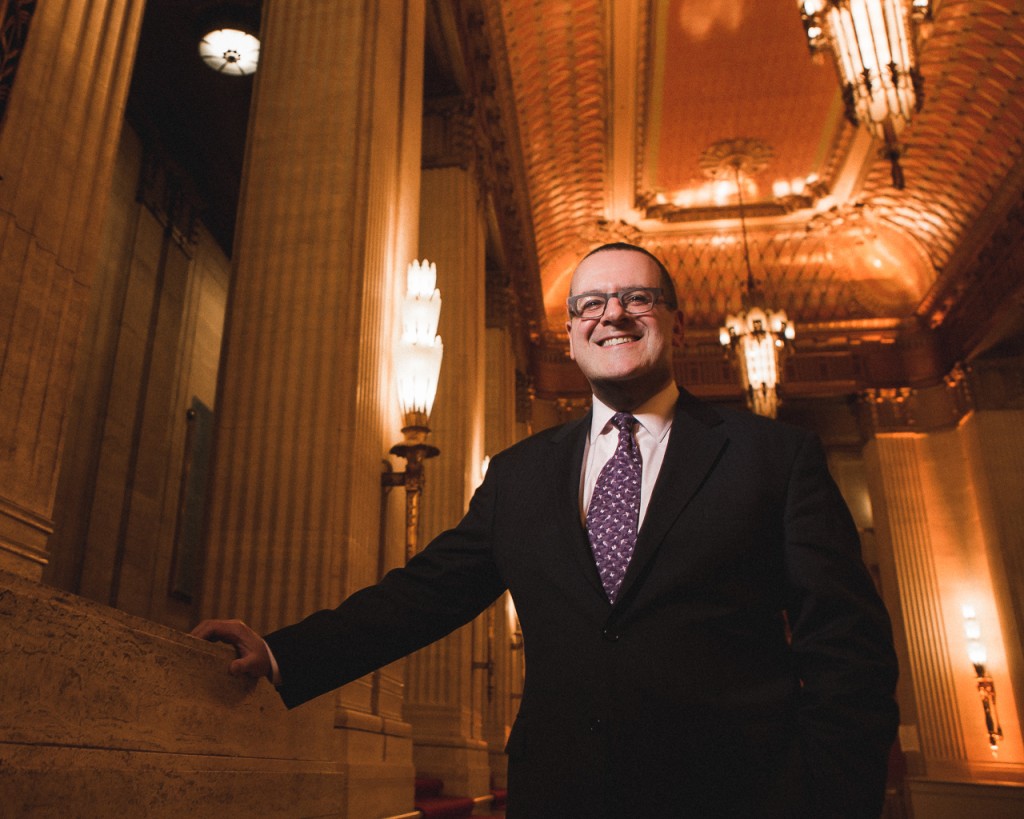 5 Anthony Freud
General director, Lyric Opera of Chicago
Anthony Freud guards Lyric Opera’s $70 million budget in one pocket and its artistic contribution in the other. Despite the national decline in subscriber bases, Lyric has remained in the black. This season includes “The Passenger,” a holocaust-themed opera which impressed Freud with “its exploration of both victim and perpetrator.” Freud continues to expand the Lyric Unlimited program, bringing mariachi and klezmer opera to the neighborhoods. This spring, “Carousel” whirls onto the Lyric stage, and the 2015-16 season—the first that Freud is fully curating—will feature the Lyric’s first world premiere in more than a decade. Freud is determined to make Lyric THE great American opera company. 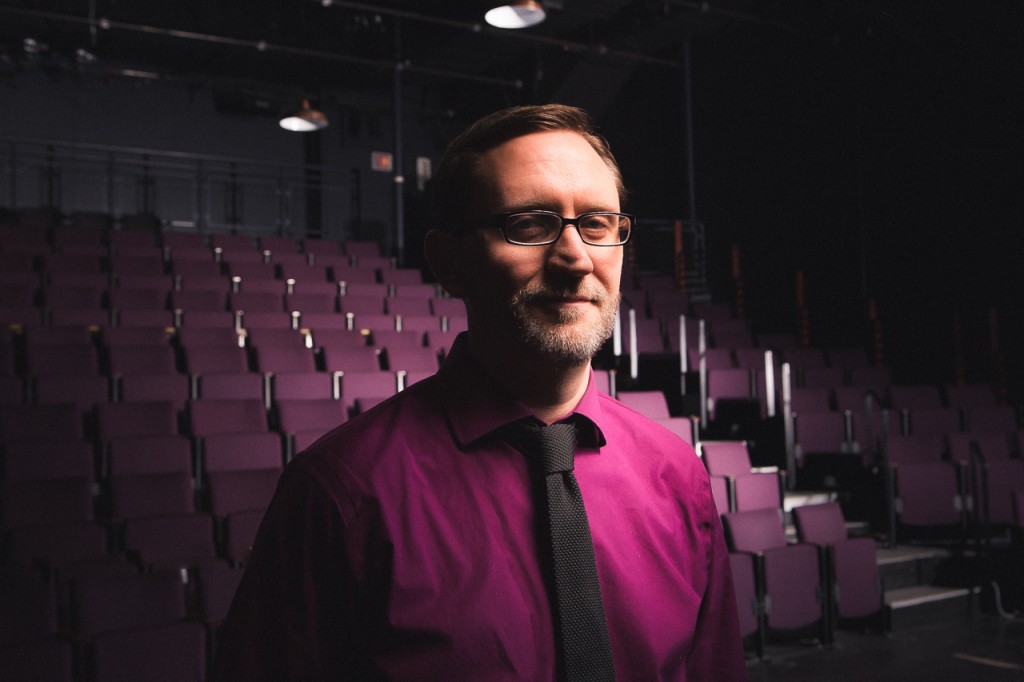 6 David Schmitz
Managing director, Steppenwolf
When three-weeks-at-the-helm managing director tells you “he’s worked for clowns,” he’s not complaining about a pernicious former work environment, he means he worked for clowns. Literally, in an early job after getting his MFA in directing at Roosevelt, he worked on the business side of clowning, with the kind who entertain on the birthday-party circuit. No word on whether that better prepared him for a career on the business side of theater in Chicago, but his ascension to the top administrative post at Steppenwolf, on the eve of an ambitious plan to expand its theatrical “campus,” evidences some serious skills in working with a wide range of personalities. See our extended interview with David Schmitz for more on his past and future at Steppenwolf.

7 Tim Rater
President/CEO, Paramount Theatre in Aurora
Less than four years ago, Paramount Theatre CEO Tim Rater (working with artistic director Jim Corti) asked investors to take a nearly four-million-dollar risk, investing in topnotch, Broadway-caliber musicals in an aging theater in a Chicago suburb. Fast-forward to now and the gamble has more than paid off. “Tim has done something no one has done in Chicago that I can recall ever doing so quickly,” says a theater insider. “He’s created roughly four to five hundred jobs for all of us.” On top of that he’s putting out work so impressive that it’s drawing audiences from Chicago to Aurora rather than vice-versa. Numbers make the turnaround even clearer: Paramount’s most recent production of “Mary Poppins” sold 62,000 tickets over six weeks. That’s almost 10,000 more tickets than their entire 2010-2011 season! 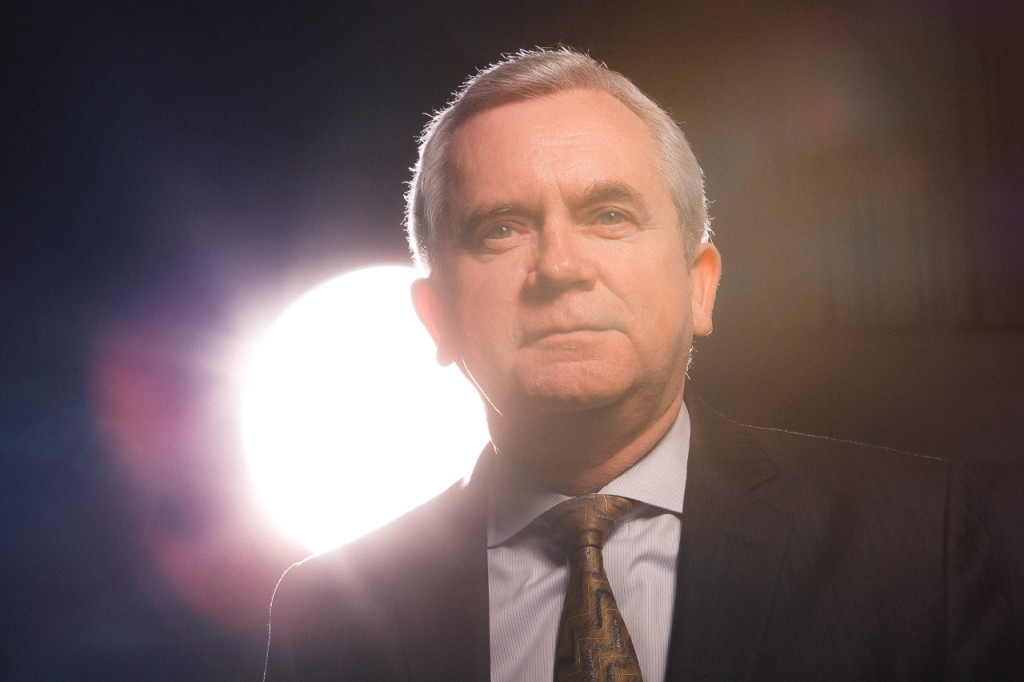 8 Michael Tiknis
President and managing director, Harris Theater for Music and Dance
In ten short years, the Harris Theater has become a central pillar of Chicago’s arts scene, as identifiable as the Auditorium Theatre or the Lyric Opera; it’s now hard to imagine our music, dance and architectural landscape without it. Under the direction of Michael Tiknis, the 1,500-seat theater is home to Music of the Baroque and provides the ideal high-profile, lakefront venue for more than a dozen homegrown dance companies including Hubbard Street, River North, Thodos, Visceral, and Giordano, while pulling in some of the best in contemporary dance and ballet, including Alonzo King LINES from San Francisco, ballet legend Wendy Whelan’s “Restless Creature” and the State Ballet Theatre of Russia. The Eat to the Beat series exposes the downtown lunch crowd to the best in music and dance for five bucks. 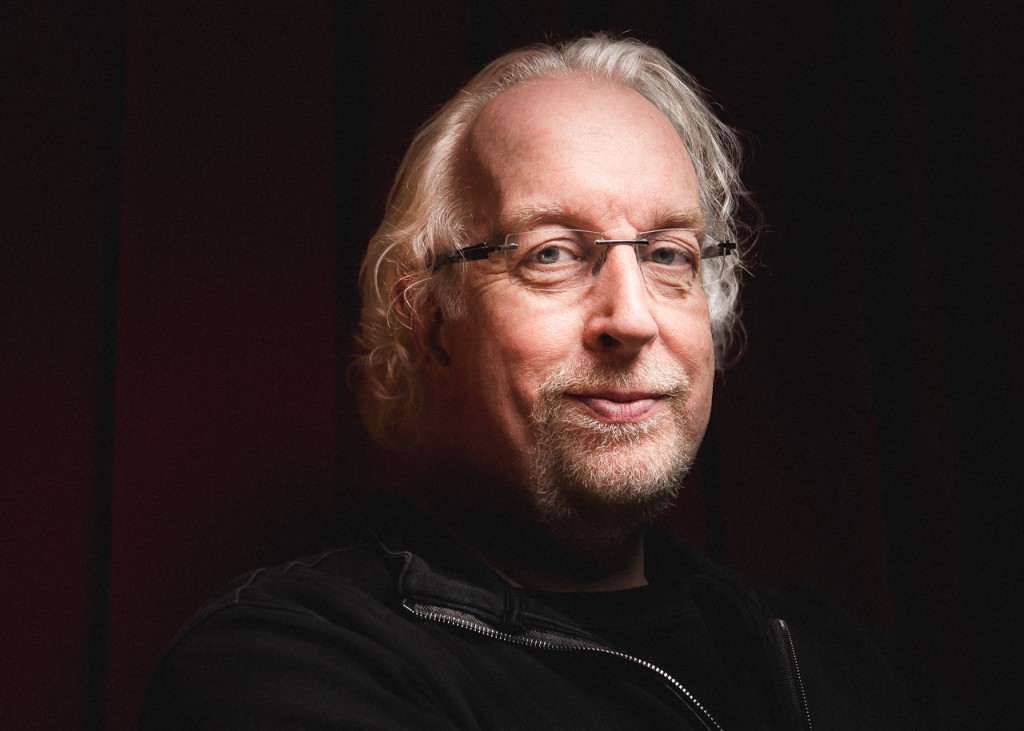 9 Robert Falls
Artistic director, Goodman Theatre
Robert Falls has been artistic director at the Goodman Theatre since 1986, a stretch longer than most theater companies have even been in existence. And under Falls’ leadership, the ninety-year-old company has not just stayed fresh and relevant but has become more of both, opening shows that garner nationwide press for the Chicago theater scene and using the Goodman’s New Stages program to introduce new artists. And he doesn’t bogart his talents: while the Goodman’s ninetieth season was successfully kicking off this past fall, he was opening the Lyric Opera’s sixtieth season by directing an ambitious “Don Giovanni.” 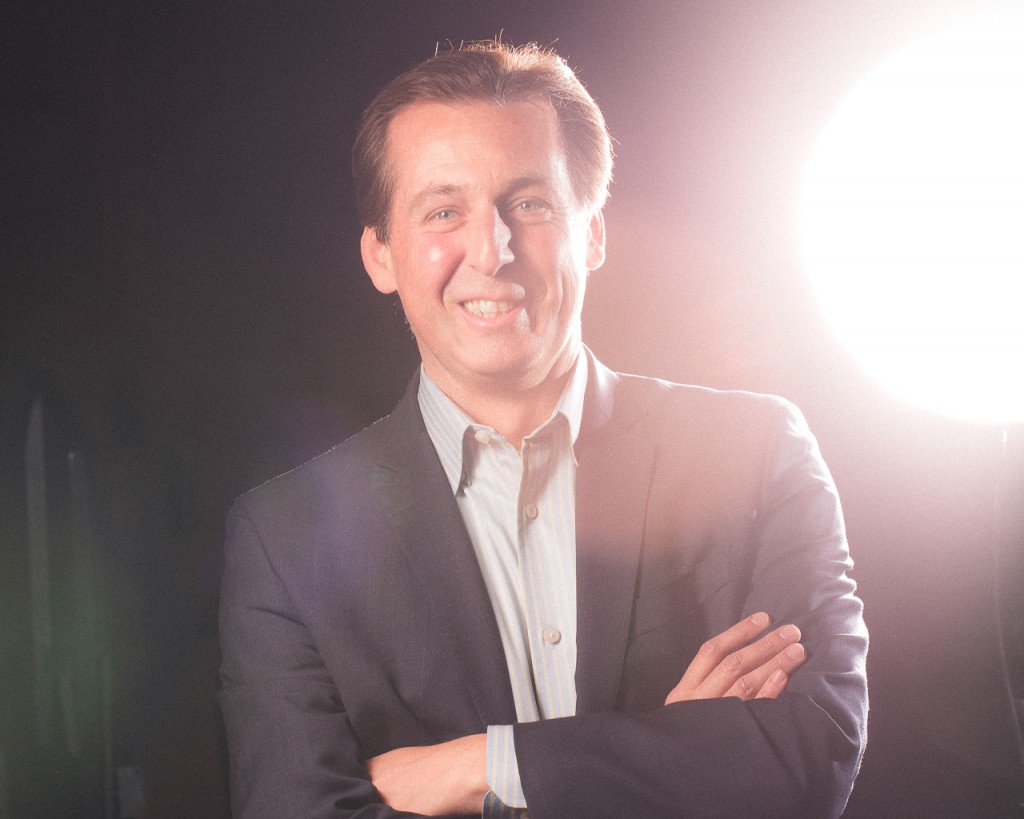 10 Criss Henderson
Executive director, Chicago Shakespeare Theater
Longtime Chicago Shakespeare Theater executive director Criss Henderson may believe (as CST’s mission states) that “Shakespeare speaks to everyone” but his company doesn’t thrive on Billy alone, putting on some of the most entertaining works by any playwright, bringing in shows from around the globe with their World’s Stage Series and allowing spectacle to breathe new life into any script. CST actively supports a younger average patron age through deals like their “CST For $20” special, where anyone under thirty-five can purchase a ticket for only twenty dollars, and commissioning dope works like the now internationally popular “Othello: The Remix.” Constantly presenting masterful renditions of Shakespearean classics and his lesser-known works alike certainly doesn’t hurt.

what! – Where is Nathan Allen from The House Theatre ??
The House is a truly original great Chicago Theatre company!
I planned my trips to Chicago around their seasons

I think you left out one person who does so much for the Chicago theater scene and that’s Jonathan Pitts. He runs the Chicago Improv Festival and also the College Improv Festival and Teen Comedy Festival. Chicago is home to improv; people move here to study and perform it. And he’s responsible for many people moving to and performing in our great city. His absence from your list is a huge omission.